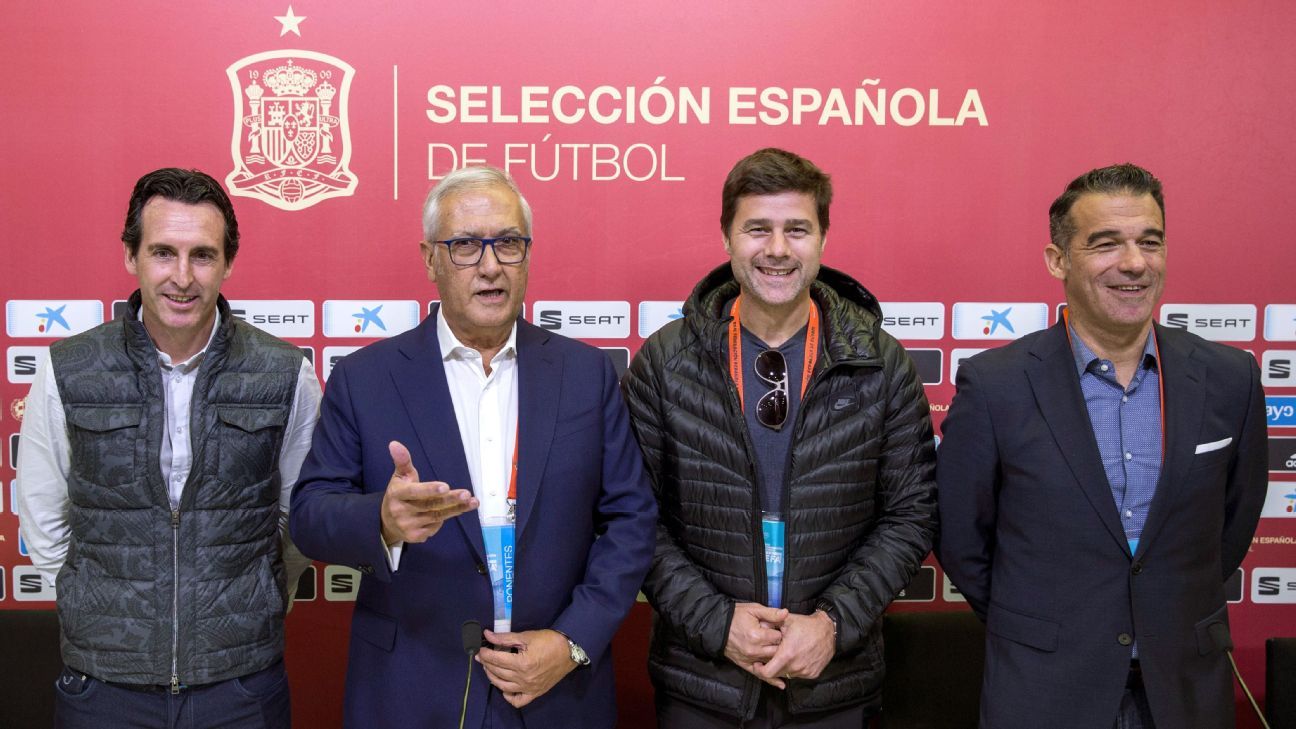 
They may currently find themselves managing on opposite sides of the north London divide, but Mauricio Pochettino and Unai Emery looked to have (temporarily) put their differences aside this week.

Arsenal manager Emery and Tottenham Hotspur boss Pochettino were all smiles while posing together outside a UEFA coaching event in Madrid, Spain on Monday.

Both Pochettino and Emery were invited to speak at the event, with both imparting some choice pearls of wisdom and a few observations made about the changing nature of football over the past few years.

“For them, the Premier League is the top competition,” he said. “They also want to win the Champions League but they have come up with three teams recently that have been imposed themselves.

“They are fighting for it. The Europa League they didn’t see it as a tournament where you could do something important. It was too much of a sacrifice.

“The English culture is the Premier League, the Champions League and the Europa League are for those teams that need it.

“This season I’m transmitting to my players that the Europa League is very important.”

Pochettino took to the rostrum to offer a thought or two on the importance of not losing focus on the psychological side of the game amid an era dominated by tactics, data and statistics.

“Football is ruled by trends. Now the tendency is to debate about possession,” Pochettino said.

“Football is so complex that any road can lead you to success. The most important thing is for the manager to transmit what he feels.

“As Unai says, emotions are fundamental. Each one has a character which is transmitted with its nuances to compose a style.”

Using an analogy to make his point, the Spurs boss then unwittingly revealed a possible penchant for a certain 1970s wardrobe staple.

“Nobody owns a style. When we go back in history we discover that everything was invented and reinvented,” he continued.

“It’s like fashion. Forty years ago flares were worn, now it is skinny jeans and in the future the flares will be back.”