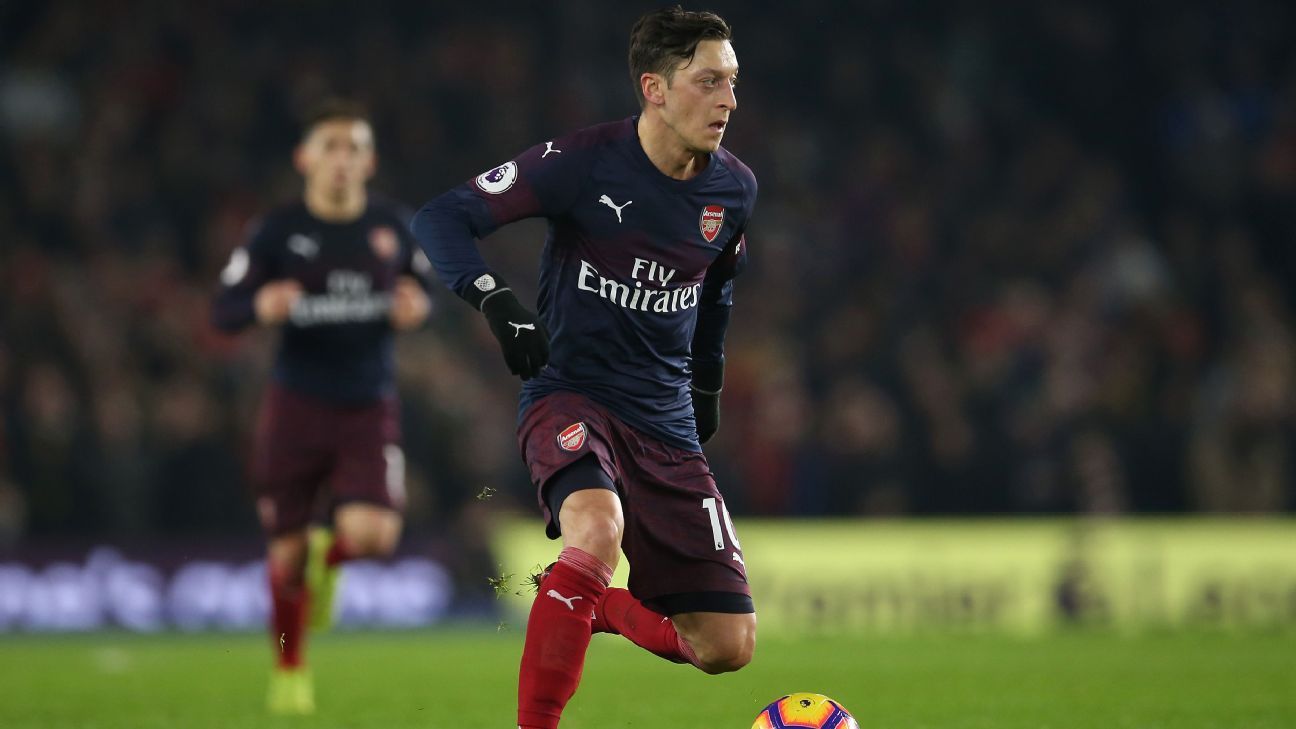 
Arsenal coach Unai Emery admitted that his substitutions against Brighton didn’t work, but insisted his decision to take off Mesut Ozil at halftime was only because of formation change.

The Gunners were held to a 1-1 draw at Brighton on Wednesday after a lackluster second half in which they failed to create any clear-cut chances. That was after Emery took off Ozil at the break and then also substituted Alexandre Lacazette on the hour mark, despite the striker having been one of the best attacking players for the Gunners.

It was the first time Ozil has been taken off at halftime since he joined Arsenal and came after he failed to track back on the counter that led to Brighton’s equaliser — although right-back Stephan Lichtsteiner was more at fault for that goal as his poor header allowed Jurgen Locadia to come clear through on goal.

Emery confirmed that Ozil wasn’t injured but said he wasn’t unhappy with the midfielder.

“It’s only tactical — we’ve changed the idea at half-time in other matches, with other players. Today I thought to do it with Mesut, but it’s only tactical — not another problem,” he said. “Tactically, some matches I did that [made early changes] and I wanted to control it better with the positioning on the pitch. But in the second half we couldn’t do our ideas on the pitch for imposing ourselves. … We created less chances in the second half and not clear [chances].”

Arsenal had taken a seventh-minute lead through Pierre-Emerick Aubameyang, who also drew two stellar saves from Mathew Ryan in the opening 30 minutes as the visitors dominated early on. But the second half was a different story, with Alex Iwobi and Aaron Ramsey — who replaced Lacazette — failing to have an impact on the game.

Lacazette had set up the goal for Aubameyang and looked frustrated when coming off, but Emery said Ramsey “deserved to play.”

“He deserved to take responsibility also because he wants to help us. I think Aaron Ramsey played a good match today in this moment,” Emery said. “I think the key to the match today was the first 45 minutes, when we controlled the match as we wanted to. We scored and we had the advantage, with another two good chances for Aubameyang to get the second. Their goalkeeper saved with two good actions and from then, they equalized. In the second half we tried again to control the match, to create the chances, but we didn’t do that.”

Emery went over the stands immediately after the final whistle, and said he apologized to a Brighton fan after kicking a water bottle into the crowd in frustration.

“I apologized, because I kicked the bottle after one disappointing action for us in the last minute. I didn’t kick it hard but it touched one supporter and I said sorry to them,” he said.