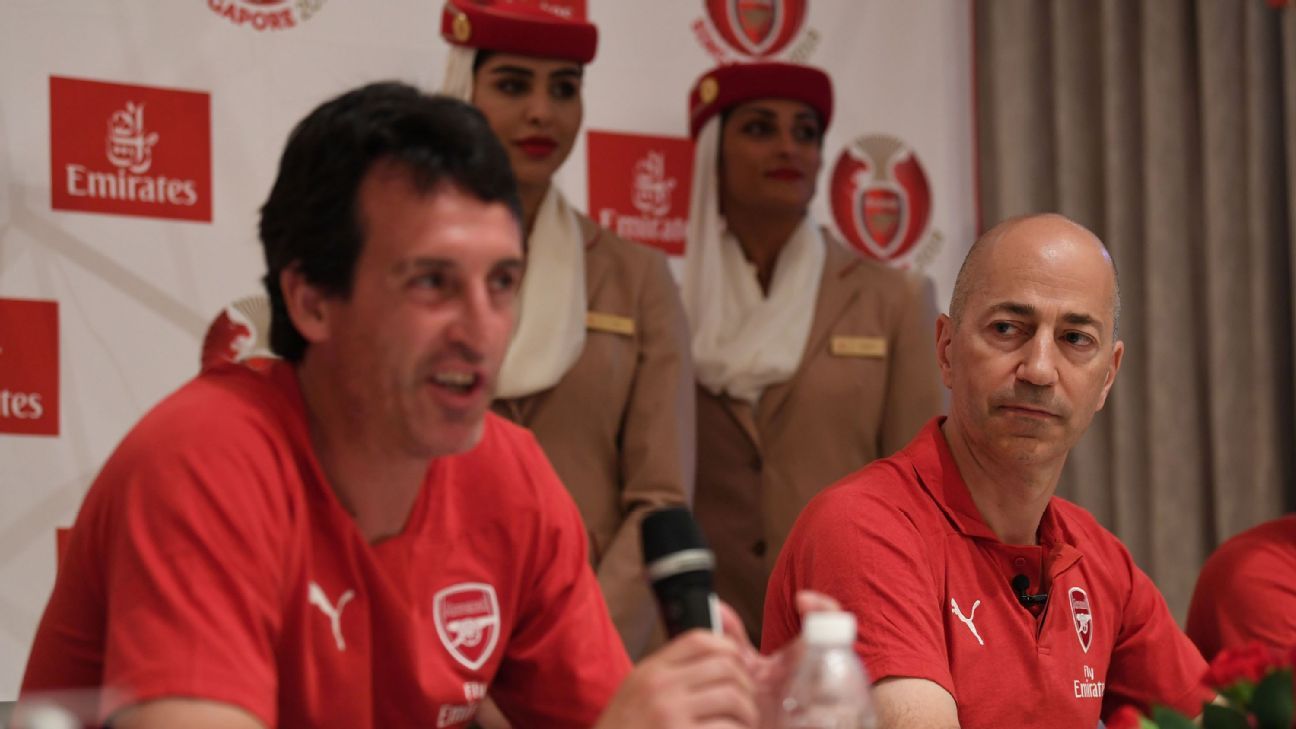 
Arsenal head coach Unai Emery is confident that chief executive Ivan Gazidis will stay at the Emirates, despite widespread reports in Italy linking him with AC Milan.

Gazidis is reportedly a contender for the CEO job at Milan following the summer takeover of the Italian club by Elliott Management.

However, club officials have told ESPN FC that they are unaware of any concrete talks between Milan and Gazidis, and Emery expects his boss to stay at Arsenal.

“He is committed here for many years,” Emery said at a news conference in Singapore during Arsenal’s preseason tour. “I think he will continue here because he has big priorities here. His commitment with us, with Arsenal, is very big.”

Arsenal chairman Sir Chips Keswick issued a statement on Wednesday in which he acknowledged the speculation but insisted Gazidis was focused on his role with the Gunners.

“We are aware of the speculation surrounding our chief executive Ivan Gazidis,” the statement read. “We know he receives many offers from organisations inside and outside the game as he’s a hugely respected figure. He has never accepted any of these opportunities and has never spoken about them publicly. He has always been fully committed to taking Arsenal forward and is currently working hard in Singapore with our new head coach Unai Emery as we prepare for the new season.”

Gazidis has been Arsenal’s chief executive since 2009, but his influence at the club has never been bigger than now. He oversaw the departure of Arsene Wenger and hiring of Emery in May, having previously brought in two more senior figures in recruitment head Sven Mislintat and Barcelona’s former sporting director Raul Sanllehi during the course of last season.

That has created a structure where Gazidis, Sanllehi and Mislintat work together with Emery on most key decisions — a major departure from the Wenger years, when the Frenchman had the final say on nearly everything.

Gazidis is also in Singapore with the team this week, and Emery said the two talk “every day.”