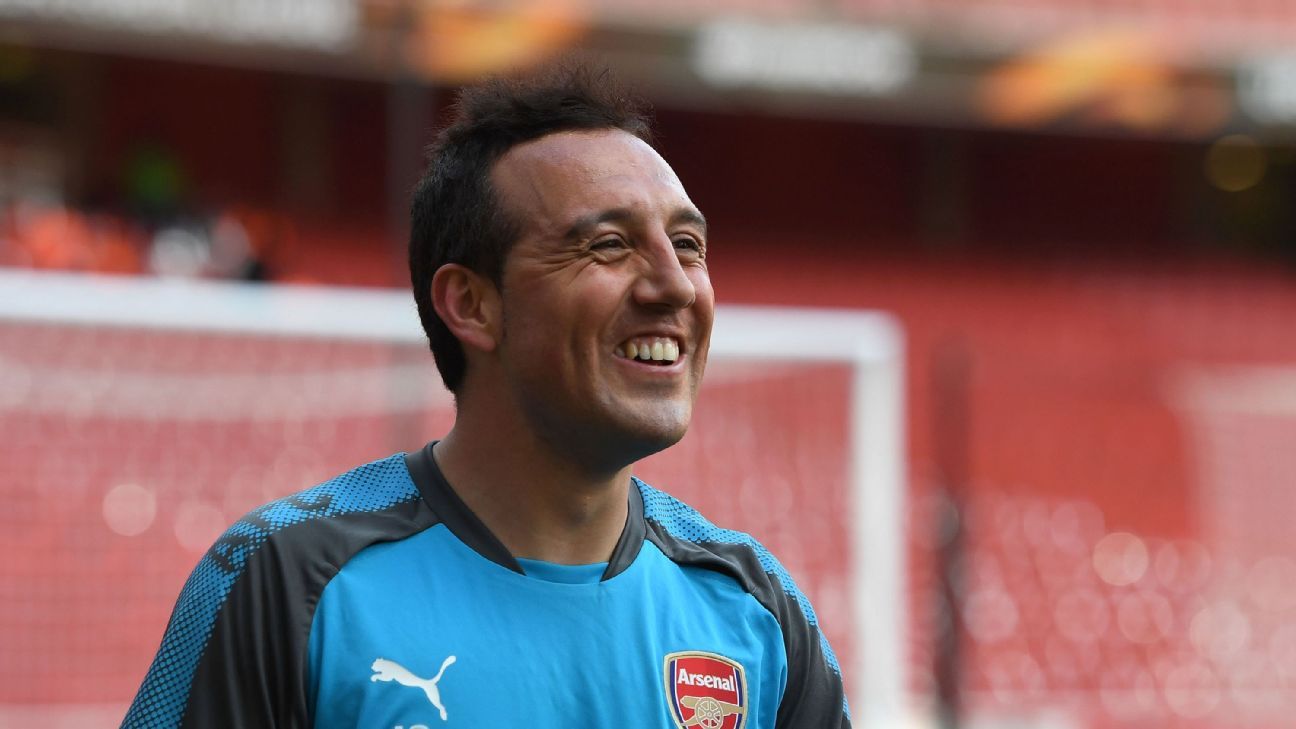 
Santi Cazorla was back in Arsenal training for the first time in 18 months on Saturday as he looks to have finally recovered from a troublesome heel injury.

Cazorla was pictured taking part in the team’s training session at London Colney after gradually stepping up his comeback over recent weeks.

The midfielder hasn’t played a game since October 2016 because of a complicated Achilles problem that required 10 surgeries and a skin graft from his arm.

However, he told AS this week that he is hoping to get some minutes before the end of the season, with Arsenal still having three games to play in the Premier League.

Cazorla is unlikely to feature against Burnley on Sunday in Arsene Wenger’s last home game, but could have a chance to be involved in the season-ending match at Huddersfield Town next weekend.

His contract expires in June and it remains unclear if Arsenal will offer him a new deal.