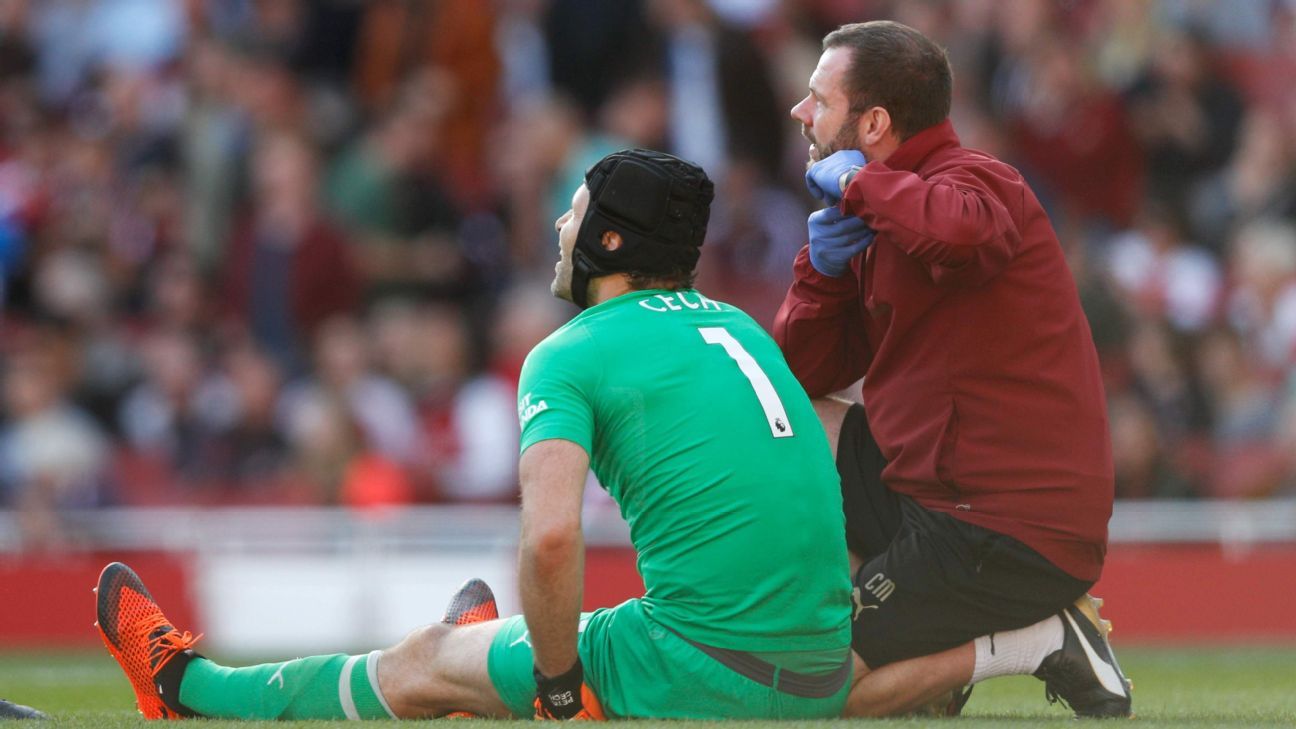 
Arsenal goalkeeper Petr Cech will be sidelined for up to a month by the hamstring injury suffered in Saturday’s win over Watford at the Emirates Stadium.

The club said on Tuesday that Cech would be back in full training in “three to four weeks” — a slightly longer layoff than coach Unai Emery had originally anticipated.

Cech limped off just before half-time against Watford, with summer signing Bernd Leno coming on to make his Premier League debut for the Gunners, and Emery said he thought Cech could be back in two to three weeks.

The injury means Leno now has a chance to stake his claim to the No. 1 spot in Cech’s absence, having impressed with a couple of crucial saves in the 2-0 win.

Cech had been expected to be rested for Thursday’s Europa League trip to Qarabag before the injury, but is now set to miss Sunday’s trip to Fulham as well as Premier League games against Leicester and Crystal Palace later this month.