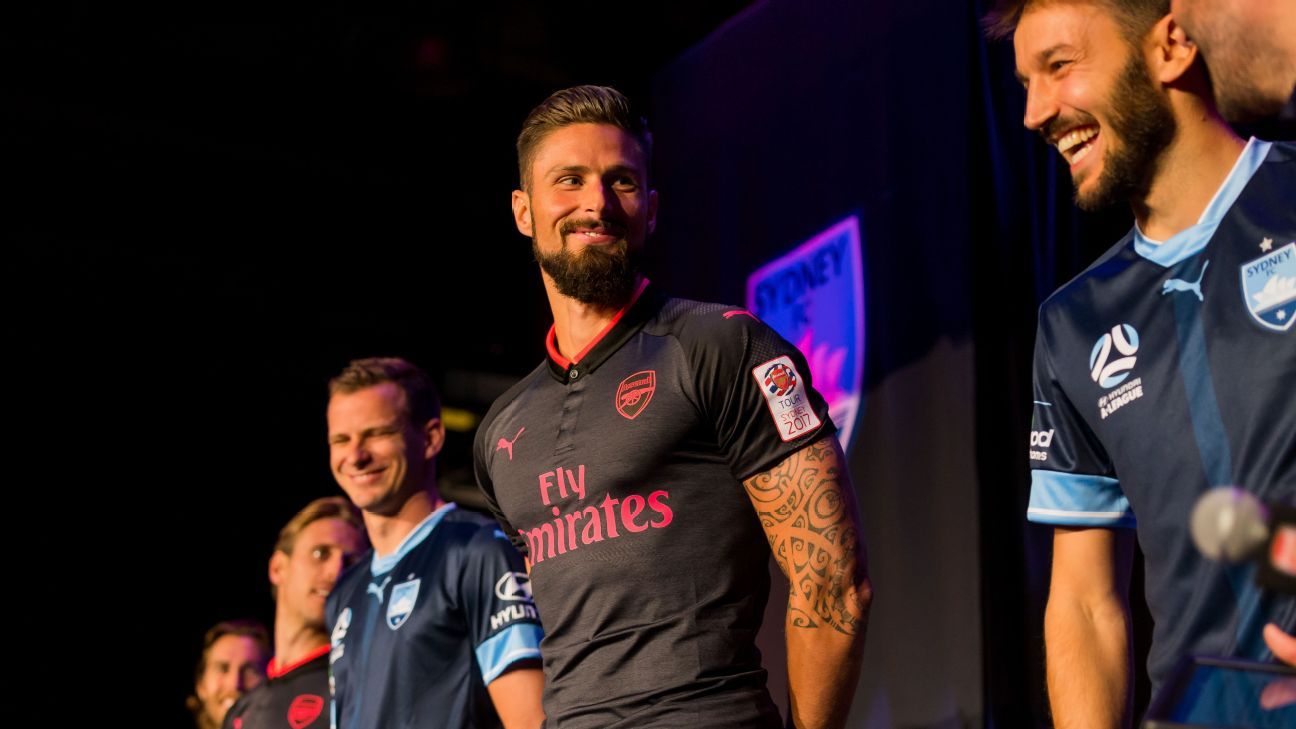 
Arsenal striker Olivier Giroud has admitted that he could leave the club this summer but insisted he will remain “professional” during preseason preparations, despite an uncertain future at the club.

Giroud’s stay at the Emirates is in doubt after Arsenal broke the club transfer record to bring in fellow French striker Alexandre Lacazette. And while Giroud has made the trip to Australia with the Gunners for the start of their preseason tour, he made it clear that he doesn’t know where he’ll be playing next season.

Asked if leaving Arsenal was an option, Giroud said: “It is to be honest with you. … But I’m still an Arsenal player so I try to be professional, like I always have done, and prepare well for next season.”

Giroud was speaking during the launch of Arsenal’s new third kit, which was presented in front of Sydney Harbour on Wednesday. The France international said he had been given the option of staying home for the tour, but insisted that he take part in the trip.

“Some people asked me if I wanted to travel or not. Yeah of course, I’m an Arsenal player so I’m here,” he said. “I just want to prepare well for the season, and we’ll see later. But one thing is sure, I really enjoyed my five years at Arsenal.”

Theo Walcott is another player who could struggle for playing time next season because of Lacazette’s arrival — especially if Wenger sticks to a 3-4-3 formation in which Walcott’s normal position on the wing is removed.

But the pacey forward said he has spoken to Wenger about where he can fit into that system, and sounded confident that he can have a role to play.

“I can play in any of those front three [positions]. I won’t say exactly where I’ve asked the manager I want to [play], but I have a plan. I have clarity now about what I want to do.

“But the main thing is to work hard, when you work hard you’ll be in the team. It’s as simple as that. And that’s what I’m going to do, put my head down, work hard and see where it takes me.”