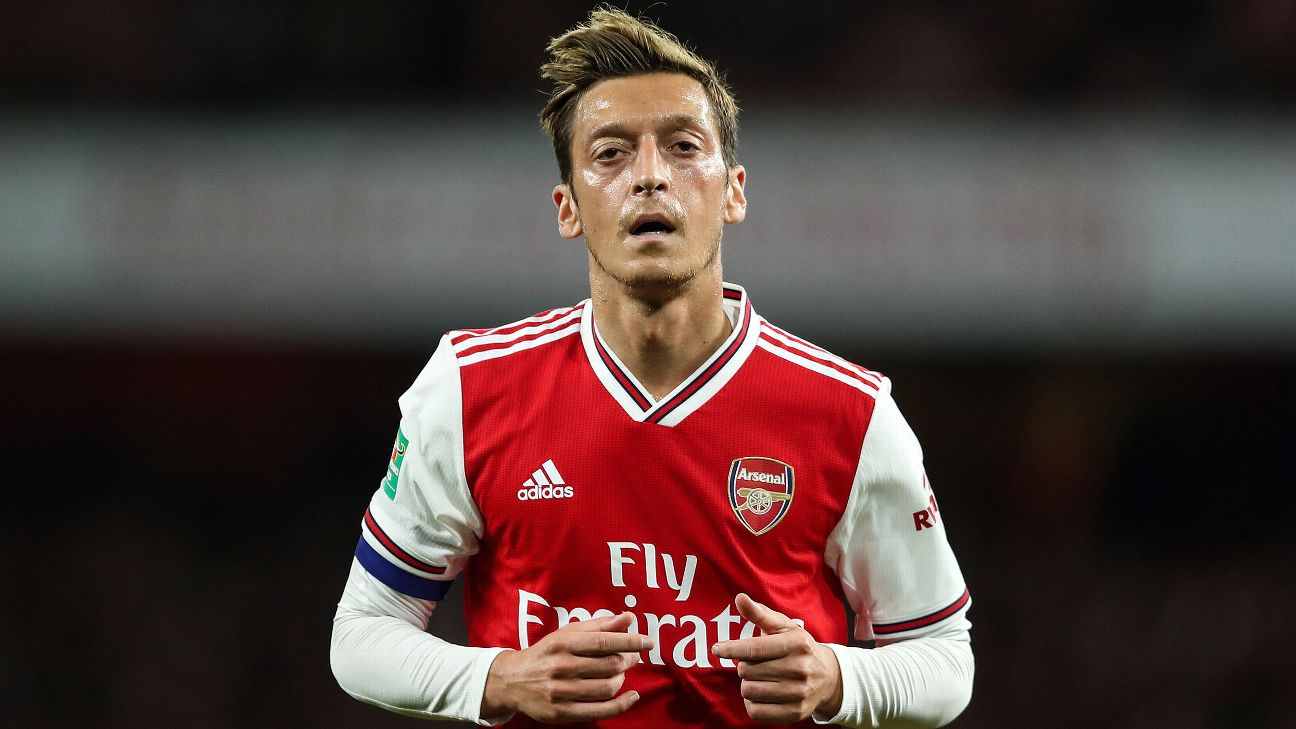 
Mesut Ozil‘s agent insists the Arsenal midfielder remains one of the most marketable sportspeople in the world and wants to focus on building his own brand once his boot deal expires at the end of this month.

Reports in Germany on Wednesday morning claimed the 31-year-old had been “dumped” by Adidas amid concerns over his public image and the financial impact of the coronavirus on the German sportswear company.

But Ozil’s camp have confirmed both parties have known for some time the seven-and-a-half-year contract would end this summer and is not a reflection of any controversy attracted through speaking out against China’s reported mistreatment of Uighur Muslims, or his relationship with Turkish president Recep Tayyip Erdogan.

“He could sign another deal tomorrow,” Ozil’s agent Dr. Erkut Sogut told ESPN. “Nobody has the reach he has in the Premier League so you can imagine what attraction he has for many boots brands.

“Adidas knew he was pushing his own thing. He has been doing it on Twitter lately so it is now time to build his own brand while he is still actively playing.

“That is unique in football. Some players reach the end of their career and then try to build a brand but we think that is too late.

“For example, years ago, we tested caps, t-shirts and other lines at a very small level which all sold out in an hour.

“They were just test versions because we weren’t allowed to do more due to the agreement with Adidas. But we know the interest is there.

“You can either work with these brands for life like David Beckham or Zinedine Zidane or you build your own brand, using the time when you are still actively playing to promote things.”

Ozil’s own lifestyle and sportswear brand is called M10. He recently launched his own online shop and has plans to expand his portfolio in the coming months.

Although Ozil’s meetings with Erdogan caused consternation in some parts of the German press, Adidas maintained their support, adding that he was “amazing to work with” during an association which has seen him win the 2014 World Cup with Germany and amass one of the biggest followings of any footballer on social media.

“The [original story] is giving the impression that one side doesn’t want the other side anymore,” he said. “That isn’t true. Mesut wants to promote his own brand.

“Now, when the contract runs out, everything is in place to do that or even build M10 with other brands as well if he wants to.”