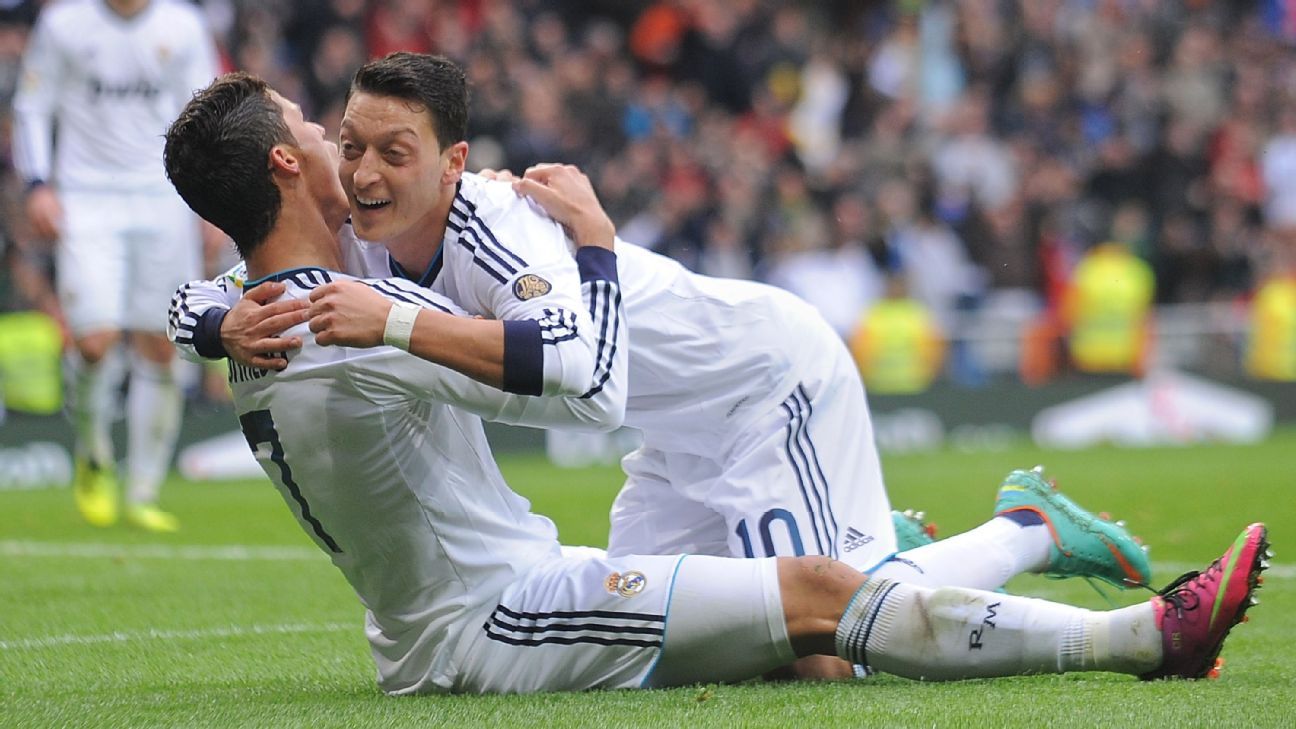 Ozil spent three years playing alongside Ronaldo at Madrid between 2010 and 2013 before leaving for Arsenal, during which time they won the La Liga title, Copa del Rey and Spanish Super Cup together.

“It wasn’t just Ronaldo but the whole team — they supported me and were there for me on the pitch. That helped me to have more freedom when I played. Certain things were noticed by the manager too.

“If something went wrong or there was an area in which I could improve myself, he motivated me and I need to thank the whole team and not just Ronaldo.”

Ozil added that it was not just Ronaldo’s ability on the field that impressed him, but also his drive and commitment off it.

“His ambition, how hungry for success he is, as a player,” Ozil said. “You want to be successful, you want to bring your best and what fascinated me about him was how professional he was. He’d be the first in the dressing room and the last to leave.

“He’s a grounded guy who is very ambitious, who always gives his best for himself and for the team. What I admired about him was how hungry for success he is.

“He’s not somebody who when he achieves something, thinks ‘OK I can stop now, or I can go easy.’ It’s the opposite. He always wants to be more successful — he wants to defend titles and I admired that.”

While Ozil is a big fan of Ronaldo, it was former France international and current Madrid coach Zinedine Zidane who he idolised as a kid.

“I always saw him as a complete player,” Ozil said. “He could use both feet, was dangerous in front of goals, strong defensively, good in the air and had an unbelievable first touch.

“A lot of people told me at the time that my style of play reminded them of him. They’d say, ‘You are calm and seem to have time on the pitch, even if 10 people are going at you, you always find a solution.’ That always fascinated me about Zidane.

“I watched what he’d do on the pitch and want to do it myself when I was a young kid. Most things I picked up quickly, thank God. As I said, he was my idol. I’ve met him and it’s all the nicer when you get to know his character and know him as a person. For me that was a special moment back then.”