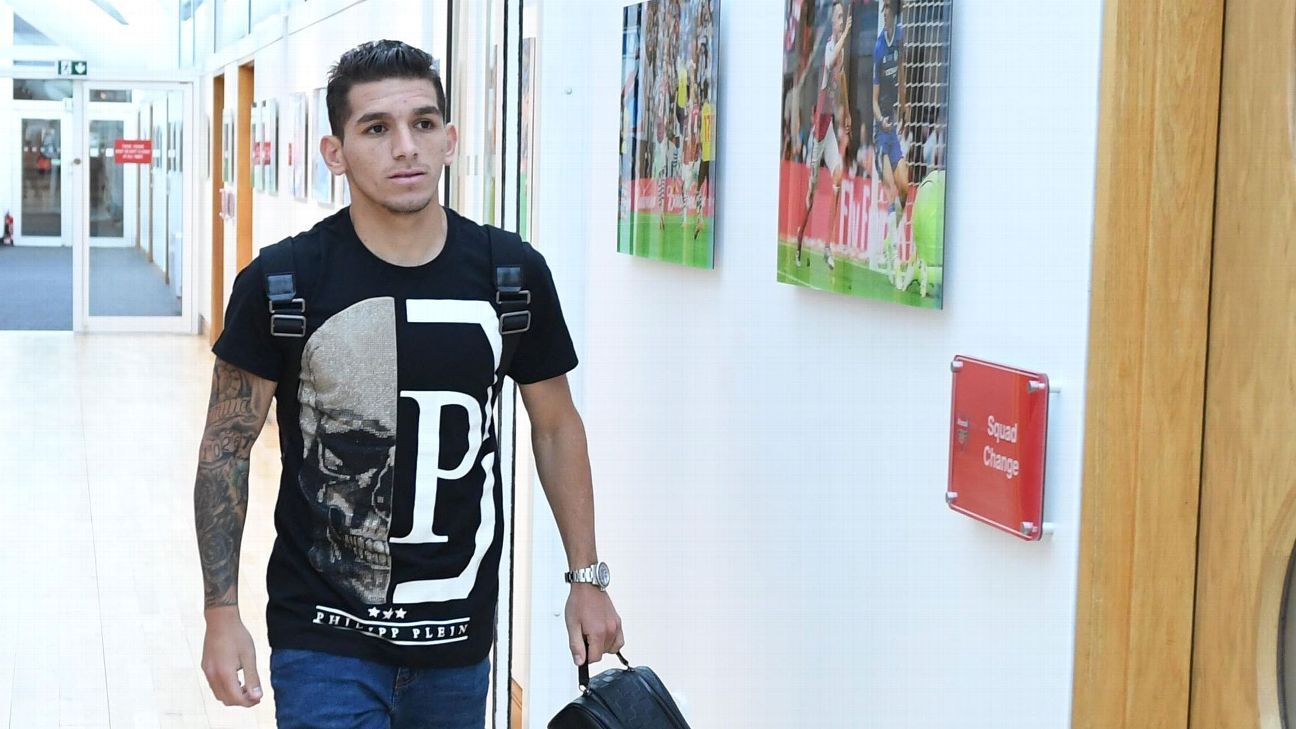 Arsenal’s Lucas Torreira received a hero’s welcome upon returning to his hometown of Fray Bentos, Uruguay, following his performance at the World Cup.

Torreira, who left Sampdoria for a £26 million fee earlier this week, was mobbed in the streets by adoring fans who wanted to show their appreciation for the midfielder.

Once word got out that “Luquita” had returned home, fans filled the streets and looked to catch a glimpse of Torreira, who was evidently humbled by the scene.

Torreira, being driven by his father, was greeted by thousands of fans wearing his shirt, flying the Uruguay flag and holding cardboard cutouts and signs. He greeted everyone he could, including a group of schoolchildren and people at a local service station.

One of those was a 90-year-old grandmother who waited at the door of Torreira’s childhood team, 18 de Julio, to kiss the Arsenal star.

A young mother and her son, meanwhile, had travelled more than 65 kilometres by motorcycle just to see Torreira, and at one point, a group began to run alongside Torreira’s car.

“The affection that has been afforded to me by my city and the country is very important to me,” Torreira said. “I have returned to [18 de Julio], as I dreamed of doing, so thank you for having me.”