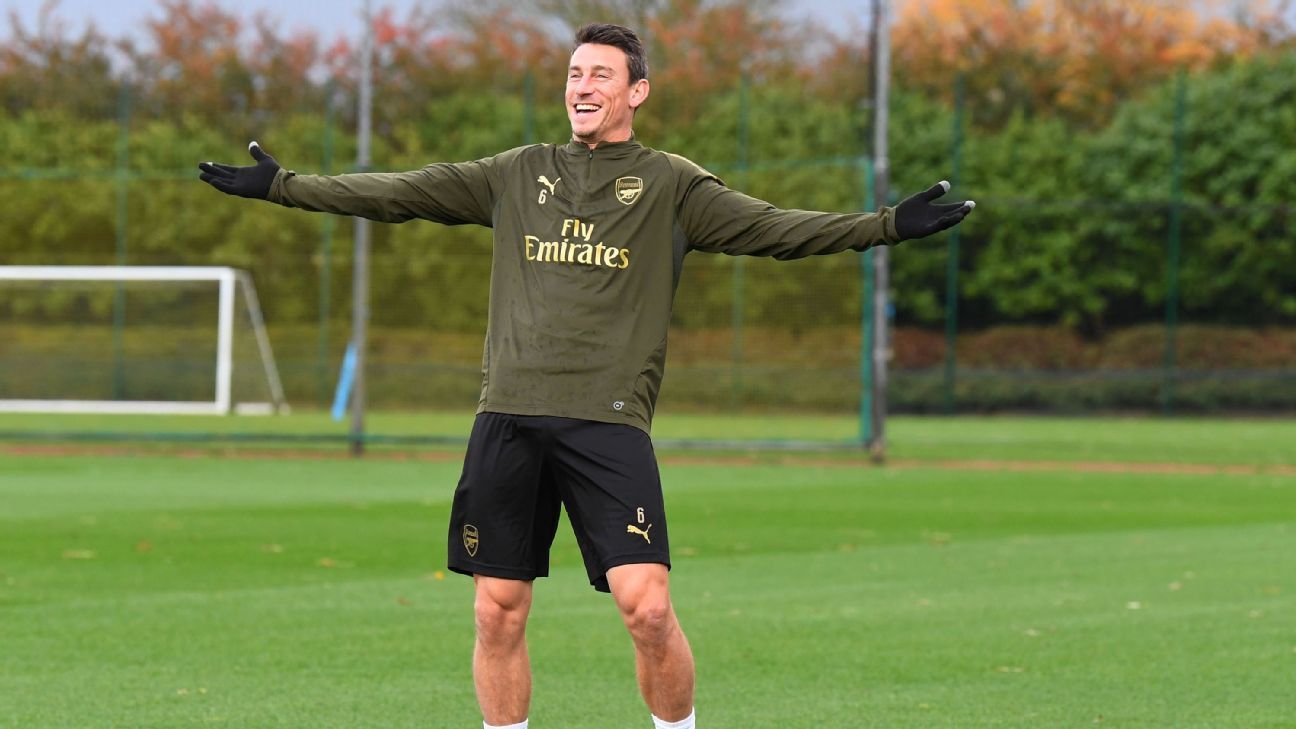 
LONDON — Arsenal boss Unai Emery has said captain Laurent Koscielny is nearly ready to start playing games again and could make his first appearance of the season next week with the under-23s.

Koscielny has been sidelined with a torn Achilles tendon since May but Emery said on Friday that the centre-back completed every training session with the team during the international break.

“Koscielny is close to starting to play minutes little by little,” Emery told a news conference. “Our first idea is to start [him playing] with the U23s.

“But these two weeks [during the international break] in training with us, he is looking well with a good performance, good feeling, and I think today he is close to play with us as well. But maybe Monday he will play with the U23s.”

Emery also said left-back Nacho Monreal will need another two weeks before returning to full training, while right-back Stephan Lichtsteiner is unlikely to be fit for Sunday’s trip to Bournemouth.

With summer signing Sokratis Papastathopoulos having struggled with an injury problem as well in recent weeks, Rob Holding has started the last six games for Arsenal at centre-back, and Emery said the 23-year-old is developing well this season.

“I think Rob Holding is improving, he is taking confidence and with confidence he is his best player,” Emery said. “Sokratis is working better every day also, I think his adaptation is better now than in the first two months. We need every player and Rob Holding for us is also very important with his spirit, with his commitment.”

Emery also addressed an interview he gave to Spanish newspaper Marca this week where he said Arsenal were “in decline” when he arrived after losing their defensive structure under his predecessor Arsene Wenger, saying he was referring to the team finishing outside the Premier League’s top four in the last two seasons.

“I spoke about one situation,” Emery said. “It’s two years where we lost to play in the Champions League and this is the first thing we want to recover. But we know also that now the Premier League is with a big level, with big teams and big demands for us.

“But our first idea is to recover our position in Europe and to play in the Champions League. We are conscious now that it will be difficult.

Arsenal are in fifth place in the league after drawing their last three games, four points ahead of sixth-place Bournemouth ahead of Sunday’s match, and while the Gunners are on a 16-game unbeaten run in all competitions, Emery knows they must return to winning ways quickly.

“We are doing well,” he said. “Sixteen matches without a loss is good. I think it’s good. But also, we have ambition and we want more. And we need more. The three last matches, we drew. It isn’t enough. It’s not enough. We need to win more.

“Now, we are fifth. We are going to play against sixth and we are a small distance from third and fourth position. We need to win.”