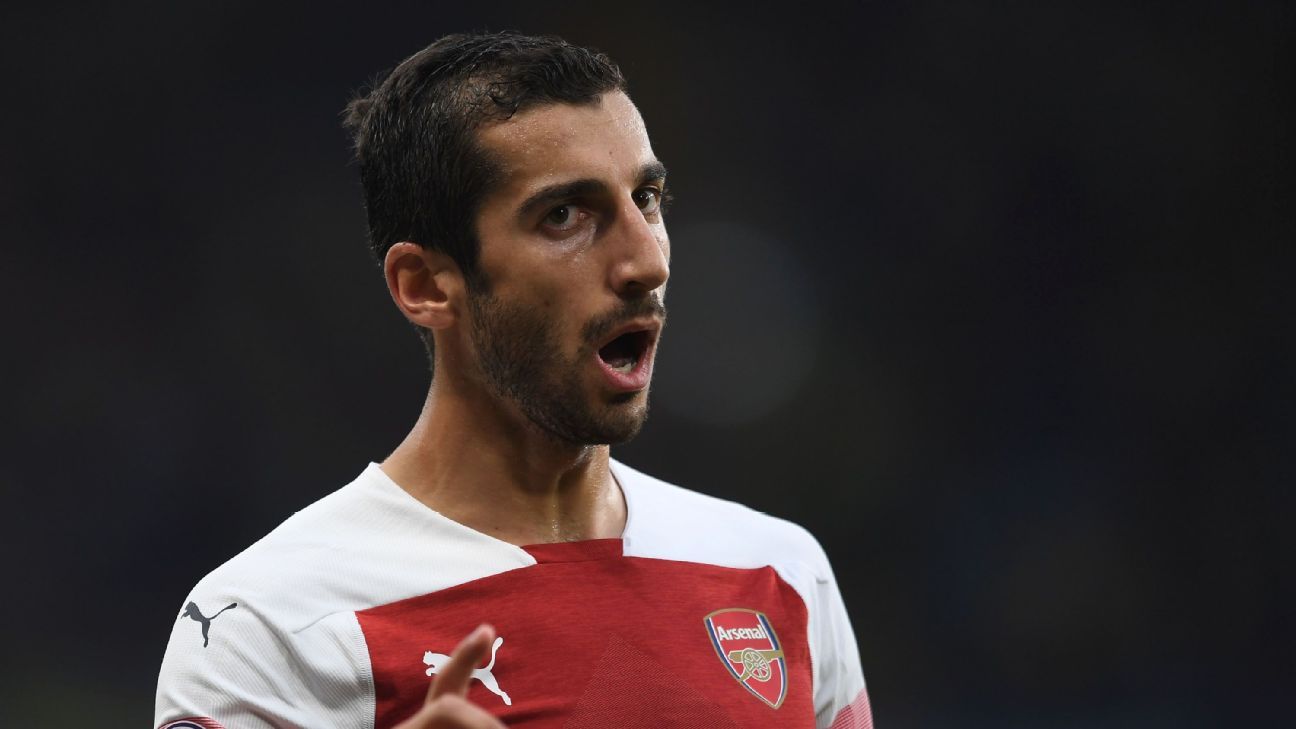 
Arsenal midfielder Henrikh Mkhitaryan will not travel to Azerbaijan for Thursday’s Europa League game at Qarabag amid the country’s conflict with his native Armenia over the Nagorno-Karabakh region, sources have told ESPN FC.

Mkhitaryan would have needed a special permit to enter Azerbaijan because of its ban on Armenians but has opted not to apply for one, the sources said. He also missed a trip to Azerbaijan in 2015 when with Borussia Dortmund.

Arsenal coach Unai Emery said last month that he hoped Mkhitaryan could make the trip despite the political situation, but sources said both the player and his family were against going and the club have respected their wishes.

The Nagorno-Karabakh region, along with adjacent territory, has been under the control of Armenian soldiers and local ethnic Armenian forces since a 1994 ceasefire ended a six-year war, but violence continues to break out.

The dispute could also affect Mkhitaryan’s availability for the Europa League final, should Arsenal reach it, with the game to be played at the Olympic Stadium in Azerbaijan’s capital, Baku.