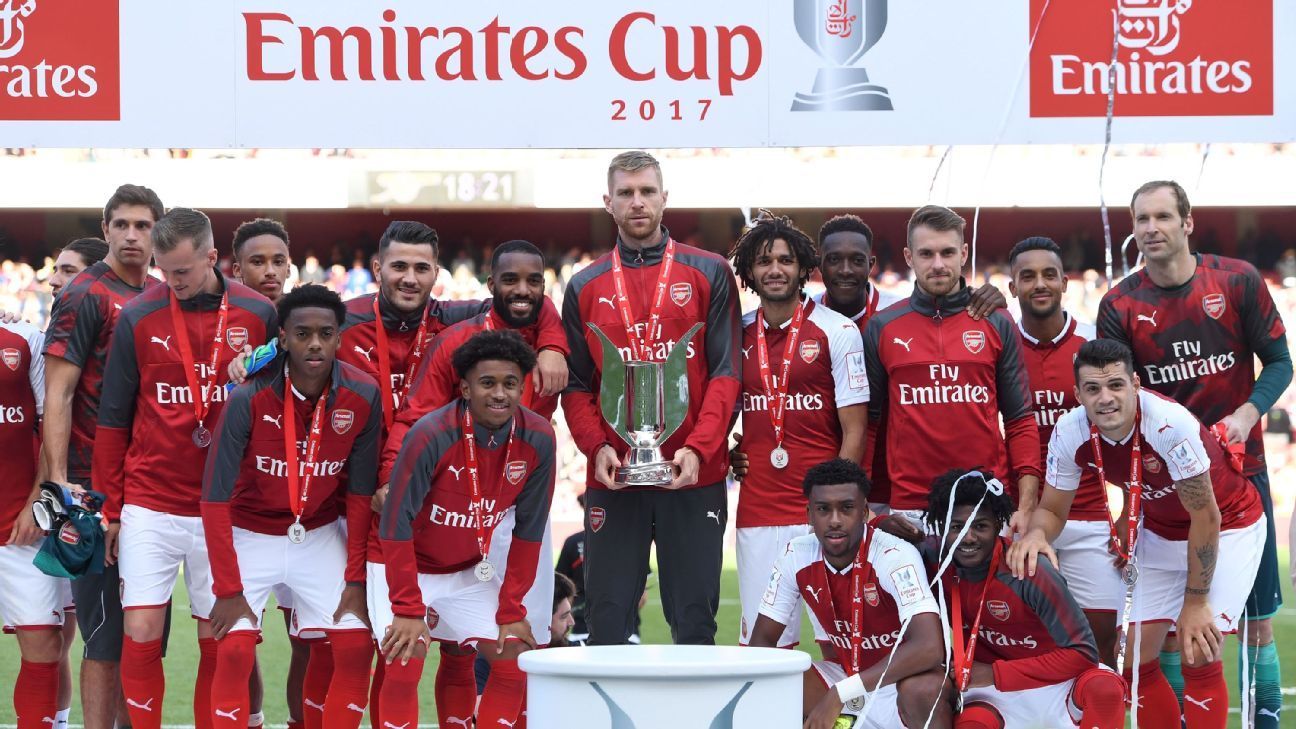 
As you may be aware, Arsenal emerged victorious in the Emirates Cup over the weekend despite only winning one of their two fixtures.

Despite losing to Sevilla in their final outing, a quirk in competition rules meant the Gunners’ 5-2 win over Benfica in their opening match secured them enough bonus points to finish top of the overall table despite their Spanish opponents winning both of their matches.

This sporting injustice didn’t go unnoticed by Sevilla forward Wissam Ben Yedder, who took to Twitter after the final whistle to voice his grievances.

“We won [two games out of two], but we are not first… give us back the cup Arsenal,” Ben Yedder joked.

He then swiftly found himself on the receiving end of a tidal wave of scorn from Arsenal fans, but the French striker proved more than a match.

Replying to one particular insult, he quipped: “Ahahaha. Don’t be mad bro, you may get your revenge in the Champions Le… Oh wait.”

Top trolling. Though, judging by Per Mertesacker’s muted reaction to receiving the trophy, he might be only too happy to send the silverware to Andalucia.