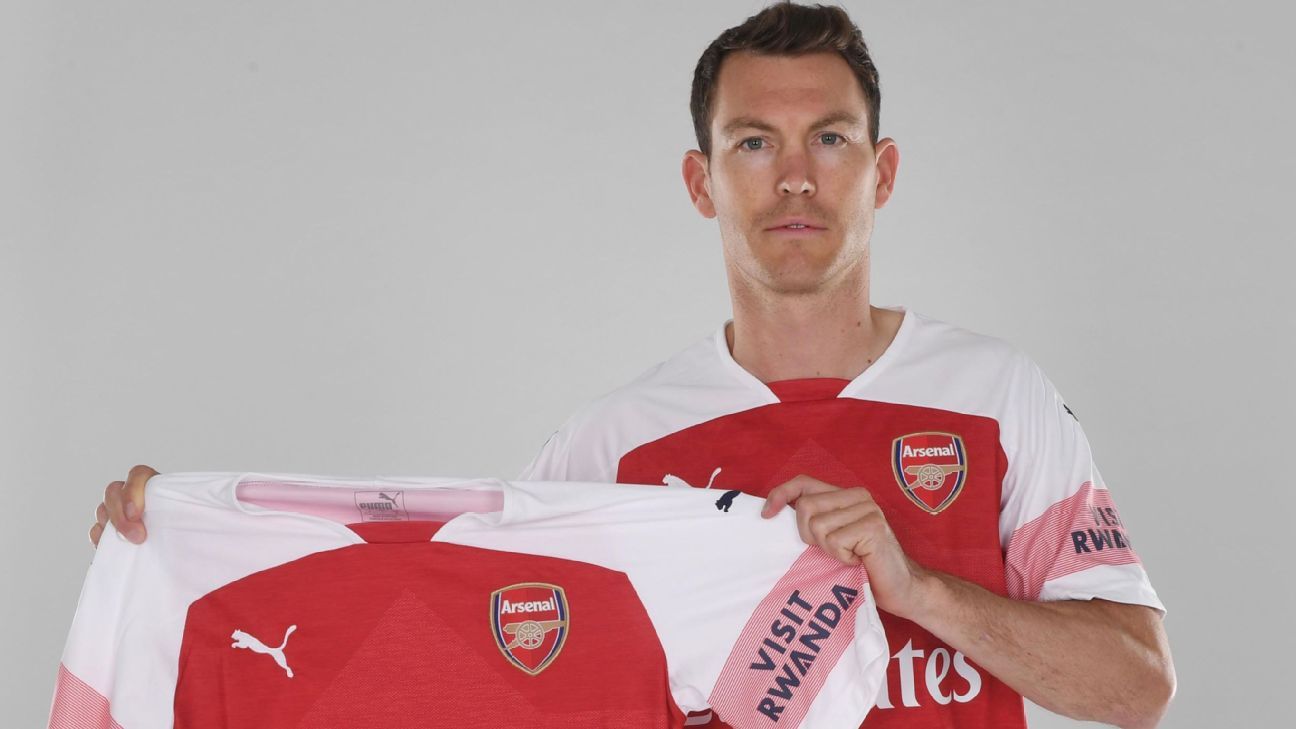 
Arsenal’s first signing of the Unai Emery era was a 34-year-old, no-nonsense defender in Stephan Lichtsteiner. Their second, if a deal for Sokratis Papastathopoulos goes through imminently, will be an almost-30-year-old, no-nonsense defender. It is a recruitment strategy that has the feel of electric shock treatment after two decades of Arsene Wenger.

But then, as he stretches his feet out under his desk at London Colney, the new head coach faces a very different scenario to that which greeted Wenger back in 1996. It was to the Frenchman’s huge benefit that he inherited one of the most highly-functioning and experienced defensive units in the history of English football.

Not only were David Seaman, Lee Dixon, Steve Bould, Martin Keown, Tony Adams and Nigel Winterburn exceptional individuals, together they took on the qualities of forged steel. It was not until the signing of Sylvinho, some three years later, that Wenger attempted any significant surgery on his defence. Understandably so. You wouldn’t try to break up The Beatles.

Arsenal are in need of more drastic action now, though. Sven Mislintat knew as much when he made Konstantinos Mavropanos his first signing back in January, but the capture of Lichtsteiner from Juventus and, shortly, Sokratis from Borussia Dortmund represent the second and more significant phase of rebuilding the Arsenal defence.

Mavropanos joined a collection of young but underdeveloped defenders at Arsenal: Calum Chambers, Rob Holding and Hector Bellerin could all be placed in this category, along with Ainsley Maitland-Niles given that his education has been largely away from his favourite spot in midfield. Meanwhile, Sead Kolasinac is 24 and even Shkodran Mustafi is only just 26.

With Per Mertesacker retiring and Laurent Koscielny sidelined deep into the new season, that really left only Nacho Monreal, at 32, with the kind of experience that can be useful in arranging a defence. Lichtsteiner addresses that requirement. And it is not only experience that Arsenal are trying to infuse.

If a move for a 34-year-old right-back seemed slightly strange, especially one with no experience in English football whatsoever, there really is no arguing with Lichtsteiner’s CV. Seven successive Serie A titles is quite a haul and Arsenal are clearly trying to tap into that winning mindset. Lichtsteiner even admitted as much. “I hope I can bring a lot of that mentality,” he said in his first interview as an Arsenal player when asked how he could help his younger teammates develop.

And, let’s be honest, Arsenal haven’t brought Dani Alves here. It seems that more traditional defensive values are looking to be instilled again. Sokratis is of a similar profile: He doesn’t shy away from making a hefty clearance or putting a tackle in. In short, Arsenal seem to be trying to bring in defenders who won’t concede five goals in one game to Bayern Munich, or roll over every other week as they slump to another away defeat.

Even if the names aren’t exactly the most alluring for Arsenal supporters, the basic principles must hold some attraction after Wenger spent the best part of a decade trying and failing to build a third formidable defence at Arsenal. Defensive lapses and disorganisation were a constant impediment to Arsenal’s efforts. Time will tell if Sokratis is more [Sebastien] Squillaci or Koscielny, but he should make this team more robust in the short term at least.

In the long term, the strategy is questionable. If the stated aim is to get back into the Champions League, then Arsenal will likely not overtake Liverpool and Tottenham without a more ambitious approach. It is less than a year, after all, since Liverpool smashed the world transfer record for a defender to sign Virgil van Dijk for £70m.

But stability and sensibility is, for now at least, not a bad way to start out. And if these qualities can be imparted to players like Mavropanos and Bellerin, then Arsenal can cross their fingers and hope the future will take care of itself.