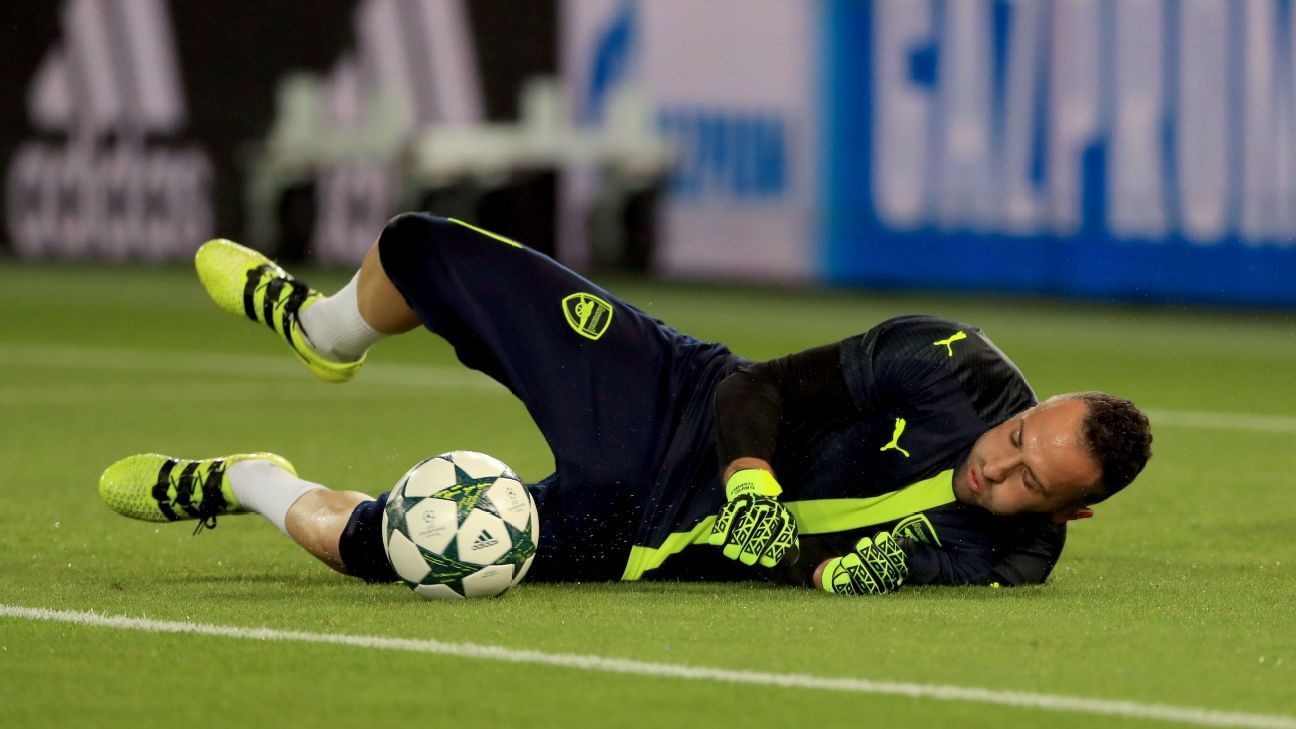 
LONDON — Arsenal boss Arsene Wenger says backup goalkeeper David Ospina will be out for up to three weeks after spraining his ankle in training, while Henrikh Mkhitaryan will miss Sunday’s game against Southampton after limping off with a knee injury in Thursday’s 4-1 win against CSKA Moscow.

Ospina missed Thursday’s Europa League quarterfinal, having been the designated cup goalkeeper throughout the campaign, and Wenger said the Colombia international faces a spell on the sideline.

“He will be out for two to three weeks. Yesterday we were scared for a very serious injury, but the scan was reassuring today,” Wenger said.

Wenger had hinted after Wednesday’s training session that Petr Cech could start instead of Ospina but made no mention of the Colombian’s injury. However, he said Ospina had suffered the sprained ankle in training that day.

“He just moved back on a shot and sprained his ankle. Alone, without any contact. Just a bad movement,” Wenger said.

Regarding Mkhitaryan’s knock, Wenger said: “We don’t know how bad it is, we will have to assess it tomorrow.

“But he will certainly be out for Sunday.”