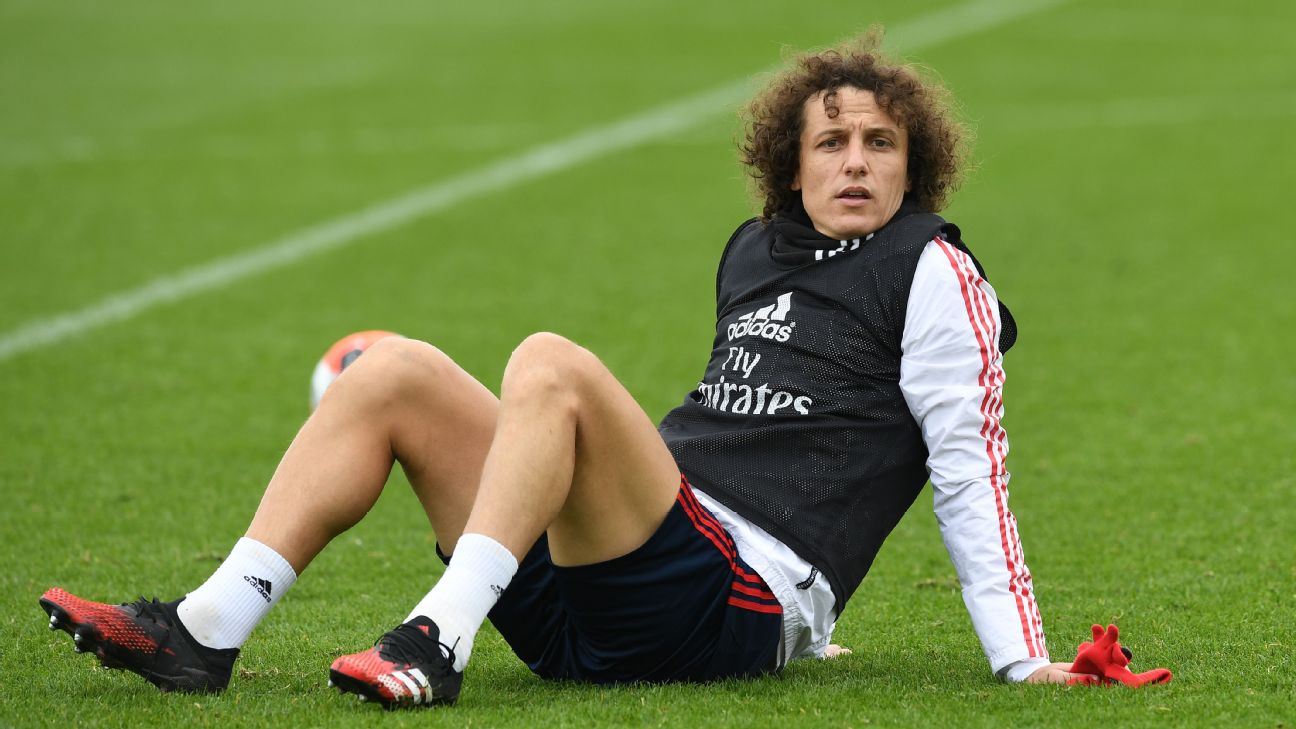 
David Luiz‘s future at Arsenal has been thrown into doubt after it emerged the club are yet to trigger an extension to his contract which expires this summer, sources have told ESPN.

Luiz, 33, left Chelsea last summer for £8 million on an initial one-year deal with an option for a second season.

Arsenal head coach Mikel Arteta is understood to be keen on retaining Luiz. The defender has made 32 appearances in all competitions this season — including all 10 Premier League games since the Spaniard took charge in December.

Sources told ESPN the club want to stress no final decision has been taken but allowing Luiz’s deal to run this close to expiry is an indication of the financial pressures Arsenal were working under even before the coronavirus pandemic.

The Gunners are exploring options in the transfer market — Chelsea winger Willian remains a target — but are focusing on loan deals and free agents while also driving down the club’s wage bill.

Arsenal are the only club in the league to agree a wage cut with their players as opposed to a deferral — 12.5% for 12 months — and uncertainty continues to exist around forwards Pierre-Emerick Aubameyang and Alexandre Lacazette.

A lack of Champions League football since 2017 and a business model leaning heavily on matchday income is threatening to impact on investment in the first-team squad, especially given the £72m outlay for Nicolas Pepe from Lille last summer.

They have already agreed a £27m deal for William Saliba from Saint-Etienne and are keen to make Pablo Mari‘s loan deal from Flamengo permanent. Luiz, who earns around £120,000-a-week, could therefore be allowed to depart to make space.

The delay in the 2019-20 season also raises the possibility of Luiz leaving before its completion. He is contracted until June 30 and sources have told ESPN no discussions have yet taken place over staying to finish the season even if he is then allowed to leave to find a new club.

Luiz has previously indicated he would like to finish his career at Benfica. He is settled in London but his options at the highest level appear limited.

Chelsea head coach Frank Lampard triggered his exit from the club after indicating he was not part of his first-team plans while Tottenham boss Jose Mourinho sanctioned Luiz’s sale from Chelsea to Paris Saint-Germain when in charge at Stamford Bridge in 2014 after their relationship soured.