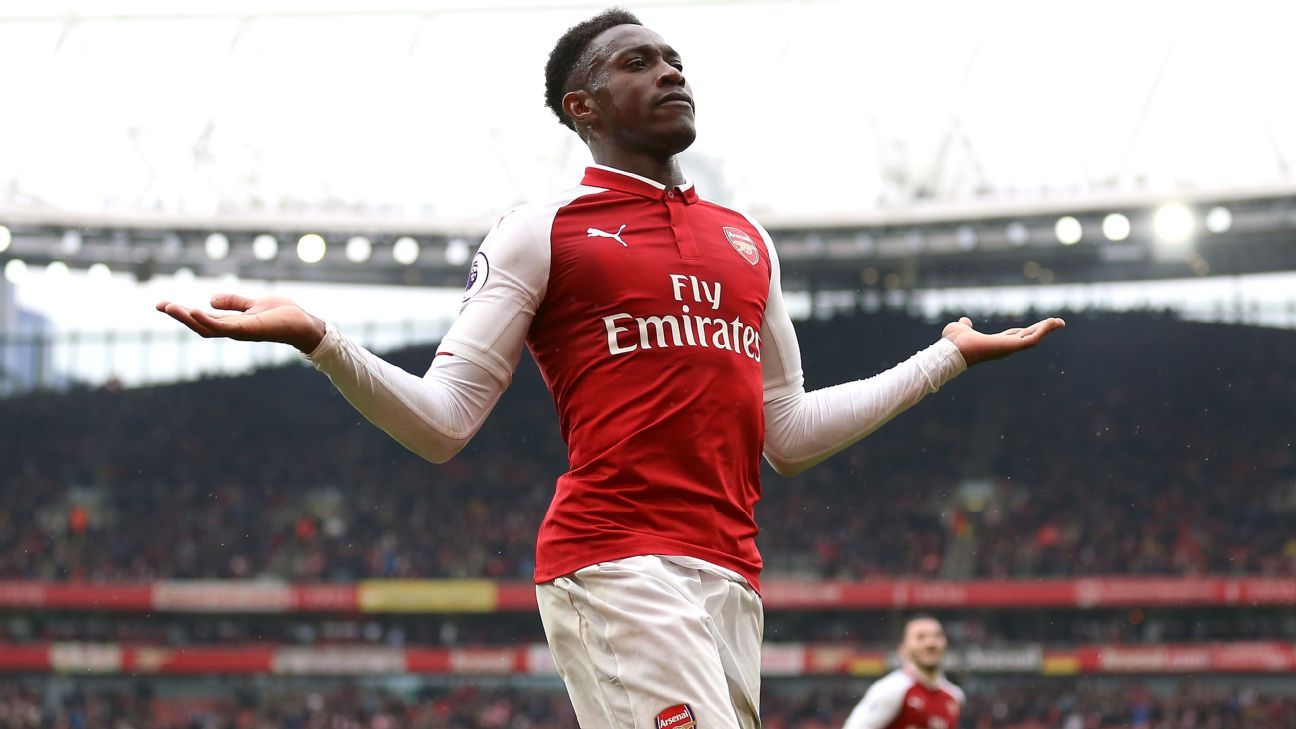 
Unai Emery praised Danny Welbeck for his versatility and said the forward has been training at left-back as Arsenal deal with an injury crisis.

Welbeck, 27, has traditionally played in more advanced positions during his career, but with Sead Kolasinac out for two months with a knee injury and Nacho Monreal also unavailable for their Premier League opener against Manchester City on Sunday, Emery has been toying with using the England international as a left-back.

Ainsley Maitland-Niles came on for Kolasinac after he was hurt in Arsenal’s 1-1 draw with Chelsea on Aug. 1 and Emery said following the match he would not rule out using the 20-year-old against City.

However, Emery said Welbeck has shown he can play all over the pitch: “Danny Welbeck is one of the players who has a multi-position possibility.

“Right winger, left winger, striker, and also yesterday he worked with us at left-back — his performance was good! I like this spirit. To help positions across the team with positive spirit.”

Although English clubs can’t buy new players now that their summer window has closed, they can sell. But Emery insisted Welbeck won’t be one of those leaving the club as the rest of the continental transfer season plays out, while saying David Ospina, Carl Jenkinson and Joel Campbell would be allowed to leave if they wanted.

“I said to him when he arrived with us after the holidays, I want the best performance in his career from this player — and to work for that,” Emery said.

“For me it’s clear. Yesterday the transfer window closed and our players will stay with us.”