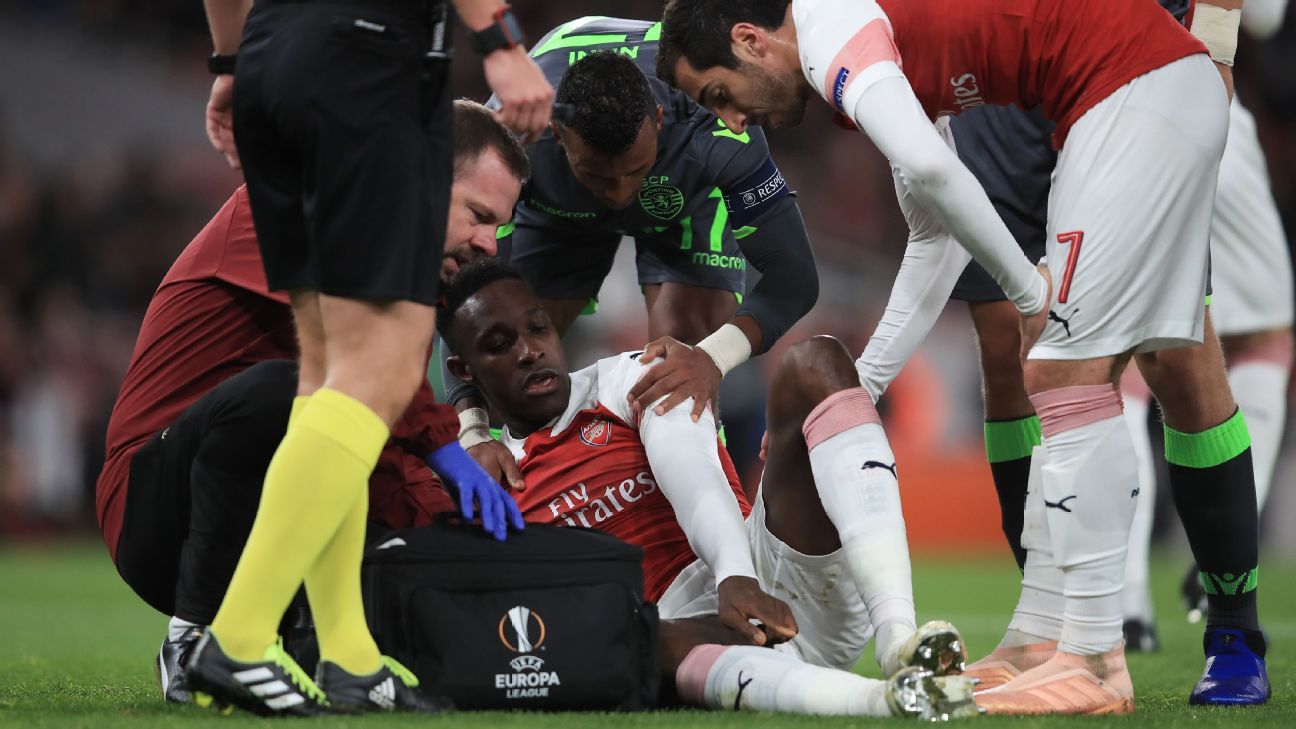 
Arsenal have issued an update on Danny Welbeck, saying he sustained “a significant right ankle injury” against Sporting Lisbon on Thursday.

Welbeck was carried off on a stretcher during the 0-0 Europa League draw, with Arsenal coach Unai Emery saying he feared he had broken his ankle.

“Danny remains in hospital and will continue to be assessed. A further update will be issued over the next 72 hours,” the Arsenal update said.

It remains unclear whether Welbeck will be able to play for Arsenal again before his contract expires in the summer.

“Danny is a tough lad, so if he’s on the floor, I know it’s something serious. He’s in hospital now and we’ll see what happens,” defender Rob Holding said.

“He’s been so unlucky with injuries over the past few years, but he’s a good character and got a good set of lads around him so we’ll lift him up and get him back as soon as we can. He can come back strong.”

Welbeck was carried off the pitch with an oxygen mask over his face after landing awkwardly and collapsing in pain 25 minutes into the game.

Images showed Welbeck’s right ankle bent at an unnatural angle, and Emery told his postmatch news conference: “The worst news tonight is this injury. We think it’s a serious injury. He breaks something in his ankle.

“His injury also [impacted] the mentality of the players, because they looked and saw it’s a big injury.”

Stephan Lichtsteiner also limped off with a hamstring problem in the second half, but could return for Sunday’s game against Wolverhampton Wanderers.