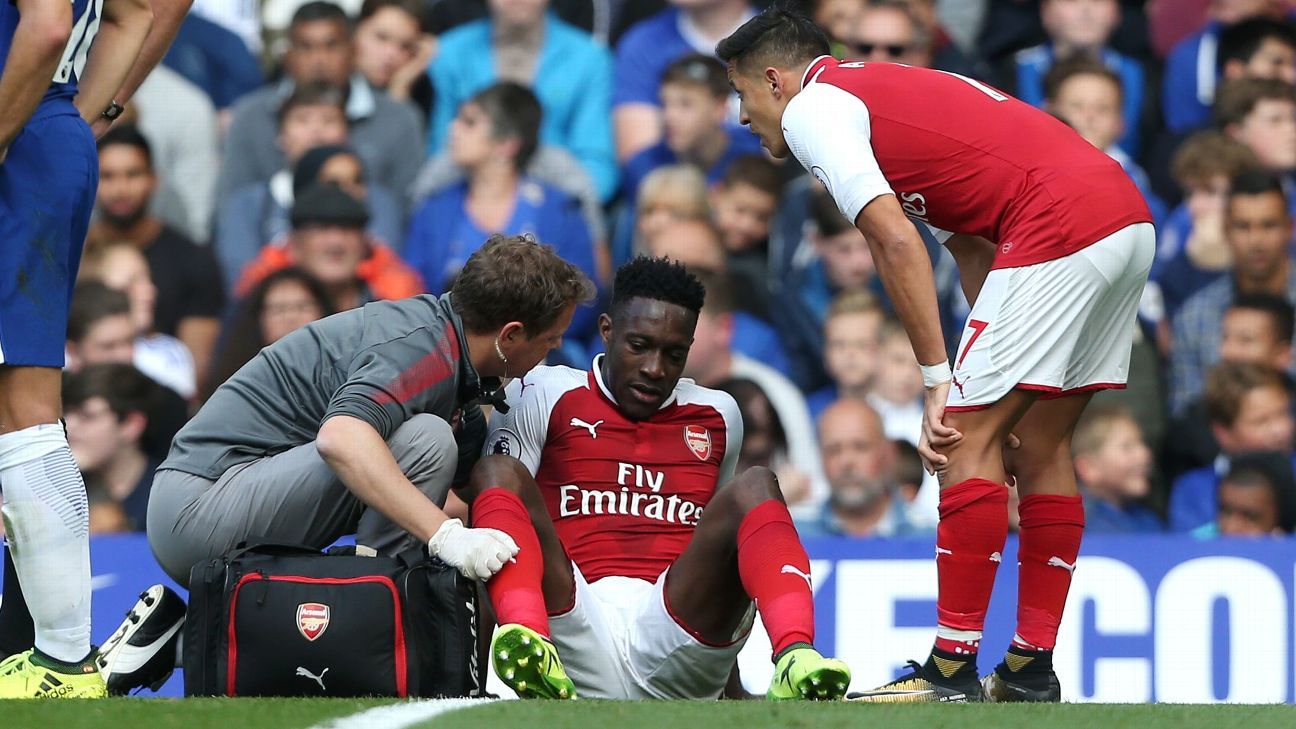 
Arsenal forward Danny Welbeck will miss at least the next three weeks with a groin injury, manager Arsene Wenger confirmed on Tuesday.

Welbeck pulled up injured during the late stages of Arsenal’s draw with Chelsea on Sunday and was replaced by Olivier Giroud.

And after Welbeck had a scan on Monday, Wenger confirmed that he would not be able to return this month.

“Danny has a scan today, we don’t know how bad his groin injury is but he will certainly be out until the international break,” Wenger said.

He’s also unlikely to be available for England’s final World Cup qualifiers against Slovenia and Lithuania.

Wenger also confirmed that Francis Coquelin would not return until after the international break either after suffering a hamstring injury.

Mathieu Debuchy “is coming back slowly,” Wenger said, and was ruled out at least for the Doncaster game, as was Mesut Ozil, who is back training but “has a little inflammation of his knee.”

But the manager confirmed that both Calum Chambers and Jack Wilshere will be in the squad to face the League One side.

“It will be a similar team to the one that played against Cologne,” Wenger added.

Wenger’s priority against Doncaster will be to build on the morale-boosting point and performance at Chelsea, where Arsenal had lost on five previous visits, and carry momentum into the West Brom contest.