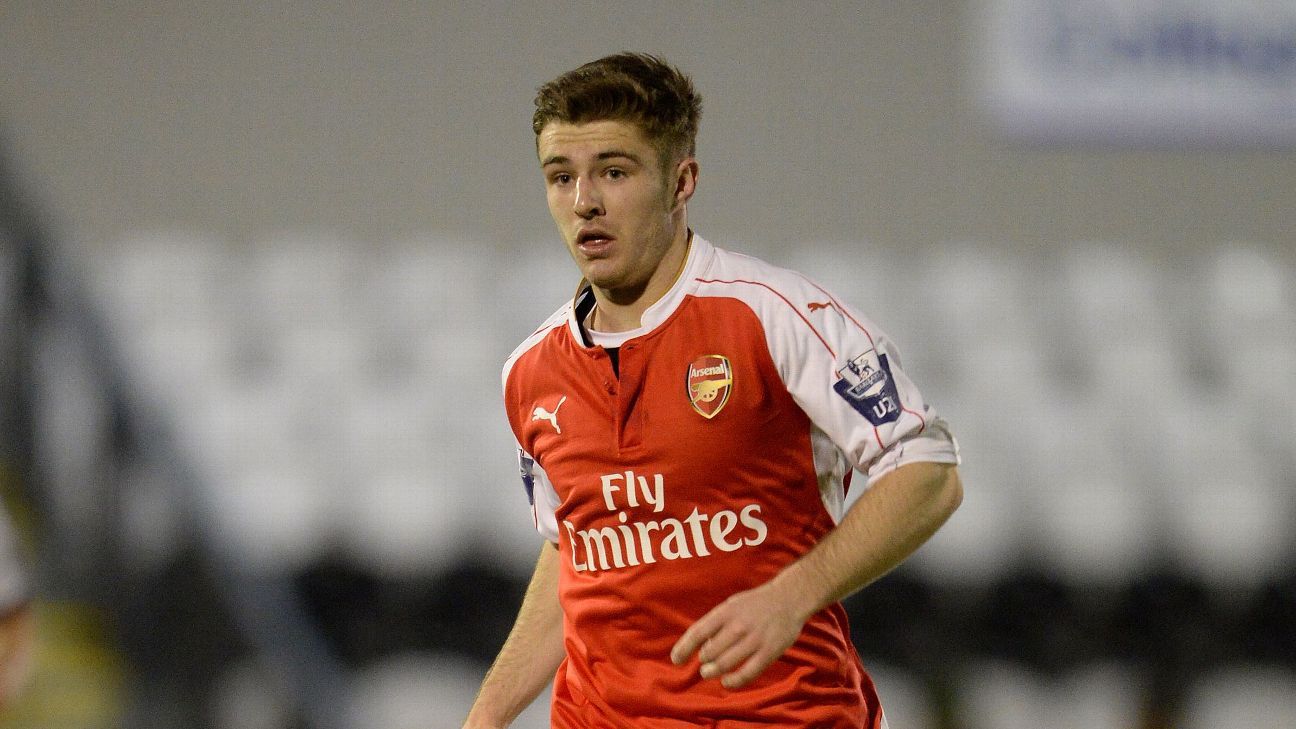 
Arsenal youngster Dan Crowley is a target for several Bundesliga and Championship clubs, sources close to the player have told ESPN FC.

A number of clubs at home and abroad have been keeping tabs on Crowley’s situation at Arsenal and are ready to take him on loan or on a permanent deal.

Fulham are one of the Championship sides to have expressed an interest in the 19-year-old, while Bundesliga club Hannover are hoping to lure him to Germany for next season.

Arsenal are expected to make a quick decision on the offers for Crowley and a move is set to be concluded shortly.

Crowley is considered one of the biggest talents in Arsenal’s academy after being signed from Aston Villa in the summer of 2014.

He is yet to make a first-team appearance for Arsenal, but he has travelled with them on preseason tours.

Crowley spent the second hald of last season on loan with Go Ahead Eagles and impressed during his time in the Eredivisie.

The midfielder scored two goals and laid on two assists in 16 games for the Dutch club after spending the first half of the 2016-17 campaign on loan at League One outfit Oxford.