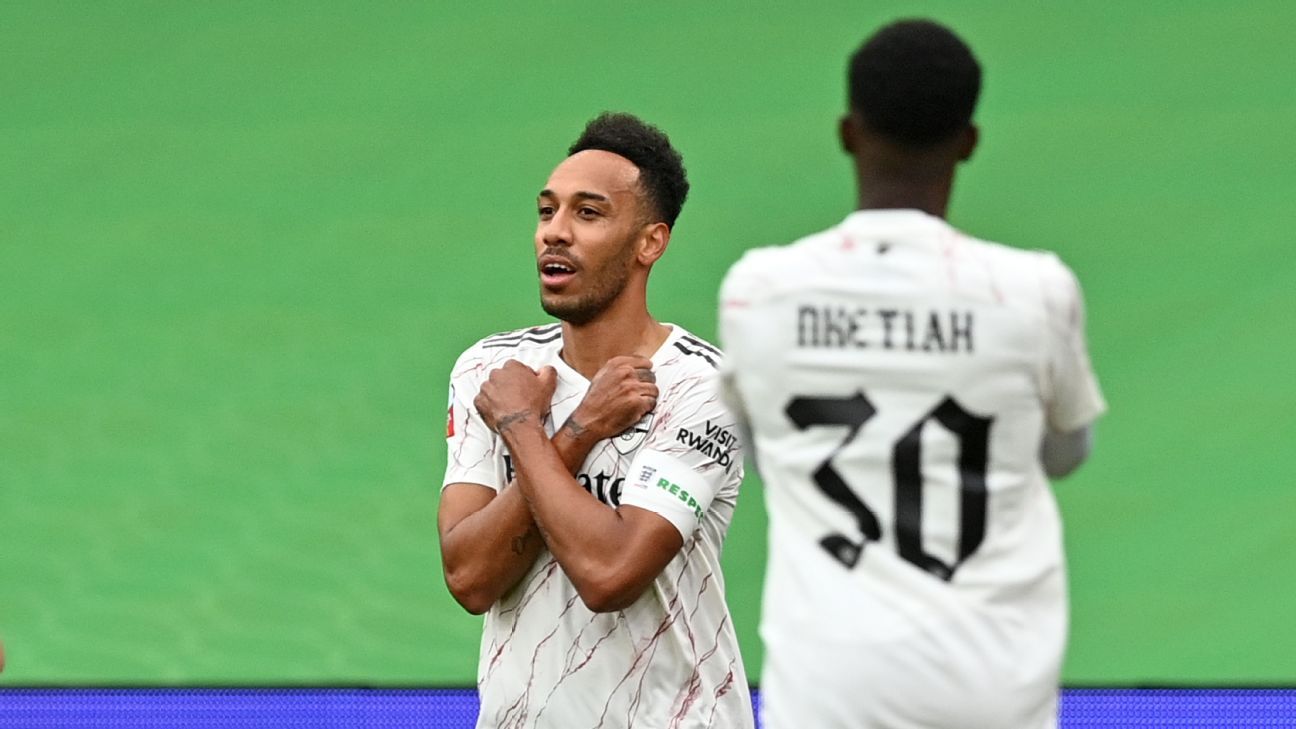 
Arsenal‘s Pierre-Emerick Aubameyang dedicated his goal against Liverpool in the Community Shield to the actor Chadwick Boseman with his iconic Black Panther celebration (stream LIVE on ESPN+ in the U.S.).

Boseman, 43, starred as Black icon Jackie Robinson in “42” before rising to fame as the regal Black Panther in the Marvel Cinematic Universe, died on Friday of cancer.

The Gabon international opened the scoring after 12 minutes with a curling shot into the bottom right corner.

After scoring, Aubameyang ran to the side of the pitch and placed his arms across his chest in the superhero’s classic pose.

Never any doubt about the scorer.

Never any doubt about the celebration.

“I needed a mask which represents me and that’s the Black Panther. In Gabon, we call the national team the Panthers,” he said at the time.

Before the game against Liverpool on Saturday, Aubameyang tweeted a picture of Boseman and captioned it “Wakanda forever.”

Mikel Arteta’s men won the Community Shield 5-4 on penalties after the match ended in a 1-1 draw.

Barcelona to bid for Germany, Atalanta defender Robin Gosens
Netherlands captain Wijnaldum is the type of player every top team, from Liverpool to PSG, needs
I want to play for Koeman
Juventus, Arsenal linked with Euro 2020 sensation Manuel Locatelli
McTominay and Scotland ready to do it the hard way as England tie looms