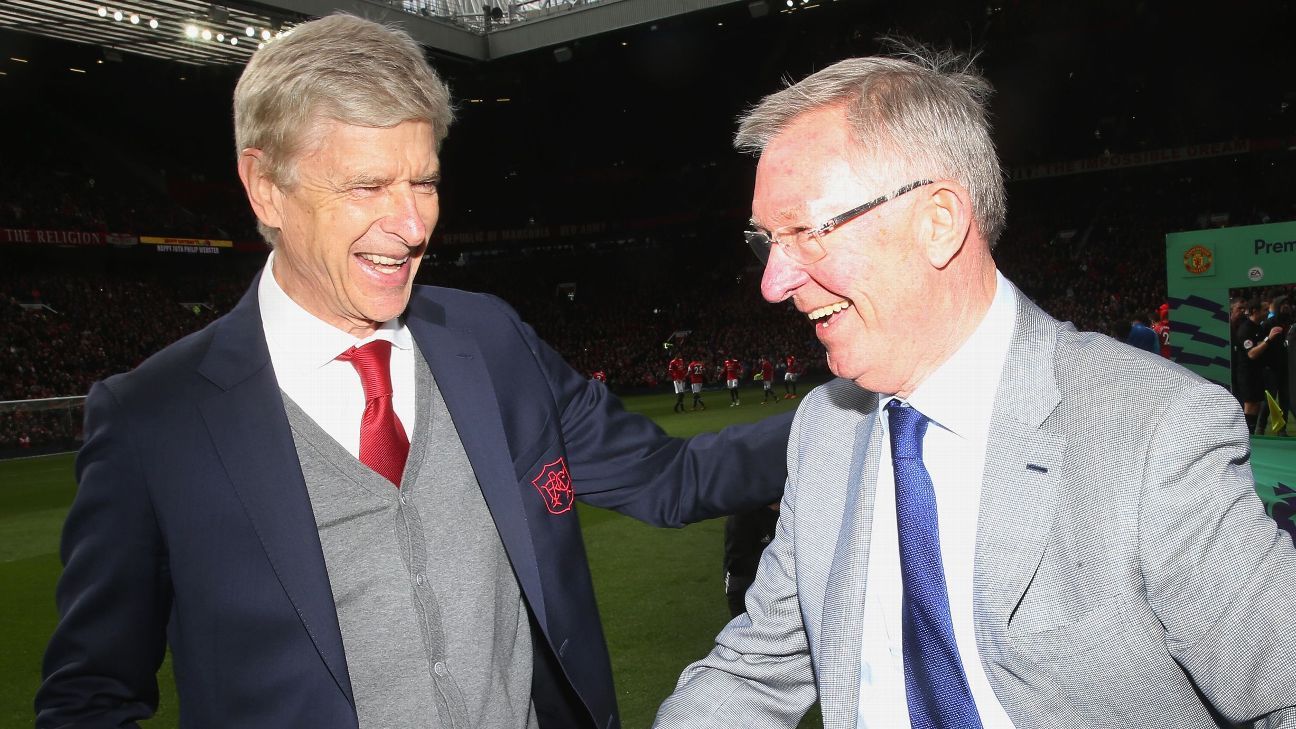 
Arsene Wenger thanked Manchester United for a “very classy” reception on his last visit to Old Trafford, as Alex Ferguson presented him with a gift before Sunday’s 2-1 loss.

Wenger was greeted by a big ovation from the home fans and was then handed a metal vase in a box by his long-time rival in a friendly reunion before kickoff.

The Frenchman still left Old Trafford with another loss after Marouane Fellaini’s late winner, but said he appreciated the welcome.

“I am thankful to Manchester United because they gave a nice gesture before the game. It was very classy from them,” said Wenger, who is stepping down after his 22nd season in charge of the Gunners. “It’s the first time I get a trophy before the game, that’s new. [The reception from fans] shows you that once you are not a danger anymore, people love you.”

Wenger fielded a young and inexperienced side as he rested a number of starters ahead of Thursday’s Europa League semifinal at Atletico Madrid but nearly came away with a point after a spirited display. Centre-back Konstantinos Mavropanos impressed on his Arsenal debut while 20-year-old Ainsley Maitland-Niles put in a man-of-the-match performance in central midfield. And Wenger was full of praise for both youngsters.

“Maitland-Niles slowly gets to the player I think he can be in defensive midfield. He can create as well,” Wenger said. “Mavropanos in training has shown top quality. But then you always have a question mark as long as you don’t see that under pressure in big games.

“Can he show that in a big game? You never know. The big players do better in competition than in training. They make a career. We have many players at our level who do less well in the competition than in training. So that was the question mark before the game and I think he did well. He surprised everyone by his quality today. My successor will watch this game today.

Hopefully, he will come to positive conclusions of the players. Can they be part of the future for Arsenal football club? I think some of them have shown today yes, 100 percent.”

Another positive for Arsenal was that Henrikh Mkhitaryan scored on his return from a knee injury, although the Armenian came off in the second half after taking another knock to his knee.

Wenger said Mkhitaryan, Alex Iwobi and David Ospina will all need to be assessed before the Madrid game.

“Mkhitatryan I took off because he had a little knock on his knee again, the same thing, just looking at him in the dressing room,” Wenger said. “Ospina has a rib problem and Alex Iwobi has a hamstring problem. We’ll see how everyone recovers because Thursday will come around very quickly.”