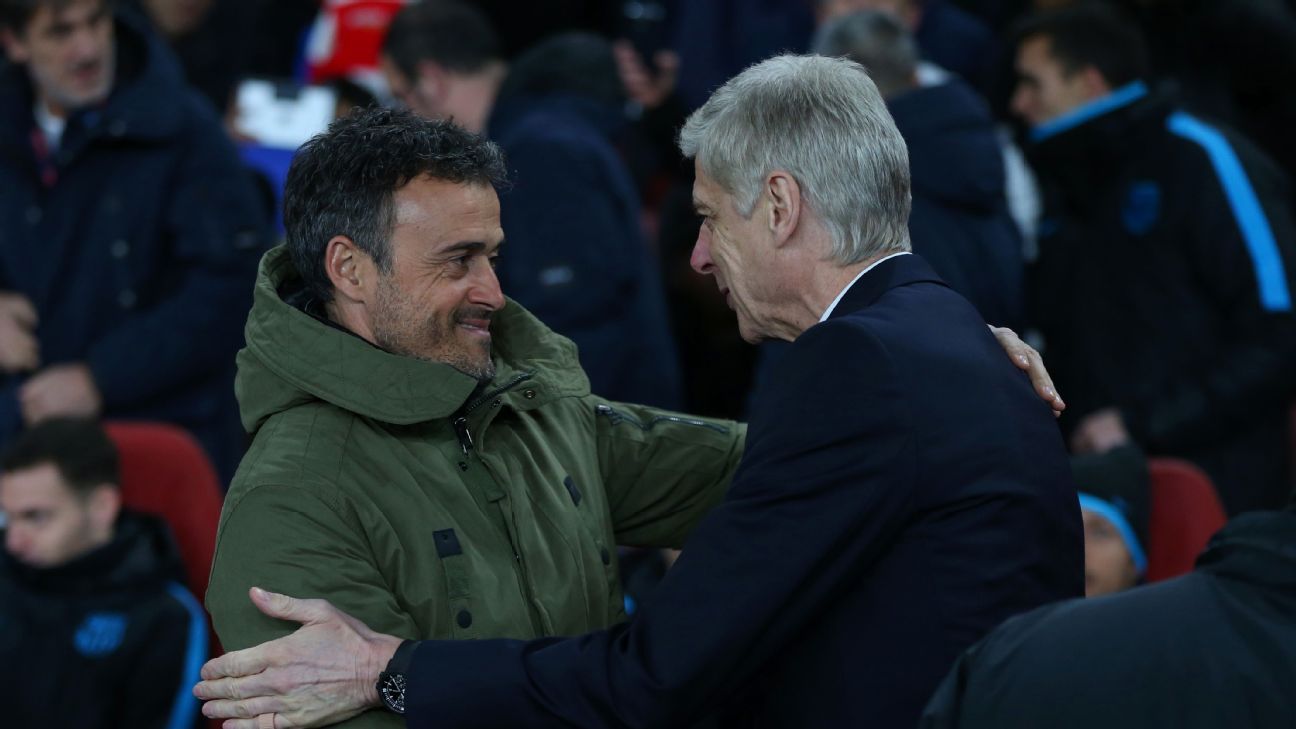 
LONDON — Arsene Wenger has said he has “a high opinion” of former Barcelona manager Luis Enrique but is staying out of Arsenal’s search for his replacement.

Luis Enrique has been touted as one of the main candidates for Wenger’s job when he steps down this summer, in part because of his relationship with former Barcelona sporting director Raul Sanllehi, who joined Arsenal in February.

Asked about Luis Enrique at his news conference on Thursday, Wenger said: “I have a high opinion of him.

“I do not want to influence the job for the next manager, but of course I have a high opinion of Luis Enrique.”

Luis Enrique took over from Pep Guardiola at Barcelona in 2014 and led them to two La Liga titles, three Copa del Rey wins and a Champions League during three seasons in charge.

He has not taken a new job since leaving last year, with Chelsea also seen as potential suitors if Antonio Conte leaves at the end of the season.

Wenger last week said his former captain Patrick Vieira, often linked with the job, has the “potential” to become Arsenal manager one day.

However, he has stopped well short of endorsing a specific candidate and said it was not odd to hear discussion of who will take the job he has occupied for almost 22 years.

“No, it’s not strange to me — I can understand that,” he said. “People want to know what the future is about. For me, that’s completely normal.”

New York City FC boss Vieira, after staying tight-lipped about Arsenal on Sunday, told ESPN on Tuesday that he was staying abreast of developments at the Emirates.