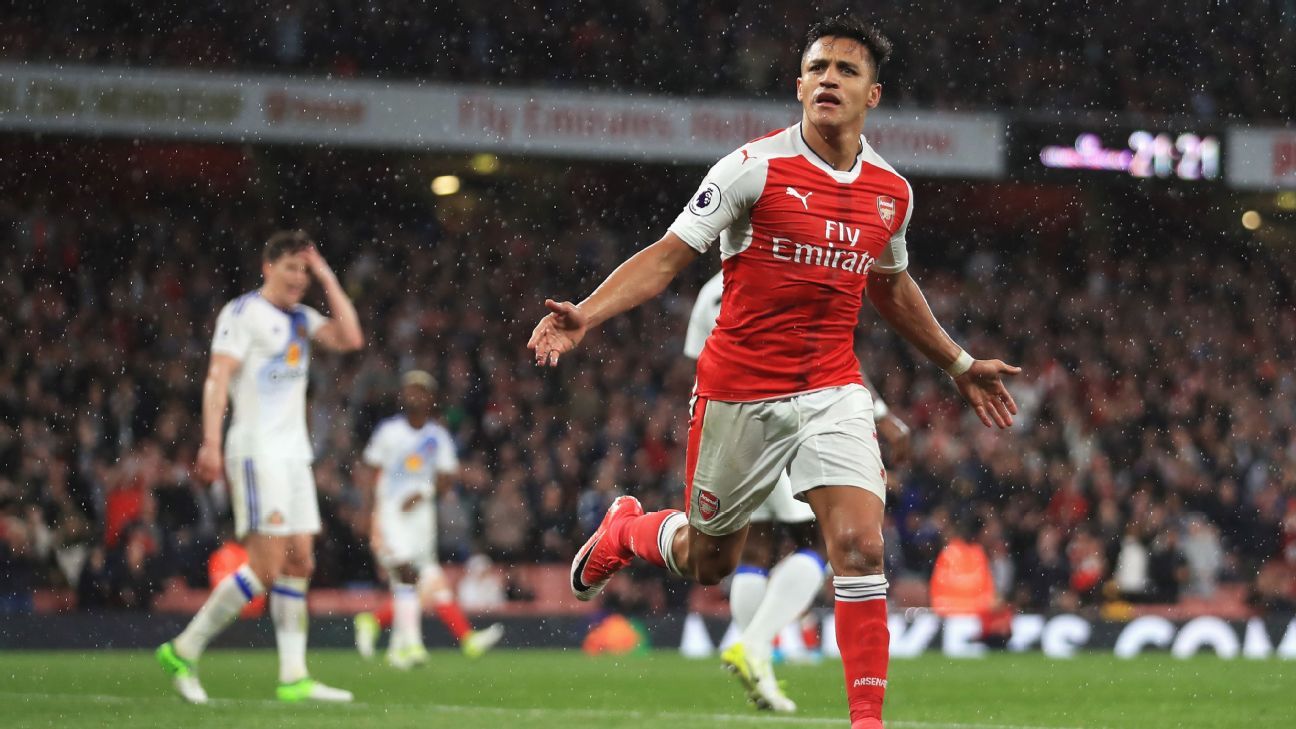 
Alexis Sanchez is not the sort of player who would “down tools” as Arsenal manager Arsene Wenger makes a decision on whether to let him leave, according to former Gunners defender Martin Keown.

Arsenal have already moved to strengthen their squad with the addition of France forward Alexandre Lacazette in a club-record deal from Lyon following the free transfer of left-back Sead Kolasinac from Schalke.

Monaco’s Thomas Lemar is said to now top Wenger’s wanted list, but departures are also expected before any more new arrivals, with Olivier Giroud a reported target for both Everton and West Ham.

The futures of key men Sanchez and Mesut Ozil, though, also remain uncertain.

Both players will be out of contract in a year’s time and Chile forward Sanchez has been strongly linked with a move to Manchester City, who are said to be ready to offer wages of some £400,000 per week.

Keown was part of Wenger’s squad which won the Double in both 1997-98 and 2001-02 and the former England centre-back, 50, sees no reason why his old boss would want to cash in on the services of Sanchez, signed from Barcelona in a £30 million transfer during the summer of 2014.

“Sanchez will be the one now which everyone talks about — and let’s see how Arsene Wenger handles that. He (Wenger) has his contract [extension], and I don’t think Wenger will be in any rush, he will want to keep the player,” Keown said.

“I think he [Sanchez] is going to play, wherever he is, I don’t think he is the sort of lad who will down tools.

“Wenger has two years to go now on his contract at Arsenal, and he will want that time spent with the best possible players – Sanchez is one of Europe’s best players.

“Arsene Wenger is a little bit different to a lot of the managers I played under, and he does have a special bond with his players. [Robin] van Persie had a heart-to-heart [talk] with Wenger, and he let him go.

“I feel this time around, he will not be letting him [Sanchez] or any of his other players go that he does not want to let go, and that is all time-linked to how long he has got left with Arsenal.”

Whatever side Wenger sends out for the start of next season — which opens up on a Friday night with the visit of Leicester following the FA Community Shield at Wembley — Keown feels the players must channel the same spirit which saw them overpower Premier League champions Chelsea to lift the FA Cup.

“What I kept seeing in that match was street fighters on the day — for the first time in a number of years it looked like Arsenal were competing and battling in every area of the pitch right from the beginning,” Keown added.

“Chelsea were second best on the day – -and that was a Chelsea team which had won 30 matches over the Premier League season.

“Arsenal still have winners in the group, but they are not consistent enough and have now become a cup team.

“Arsene Wenger has to find that consistency, so whatever motivation he gave to the team for the FA Cup final, that has got to be his preparation for every single league game at the start of next season.”