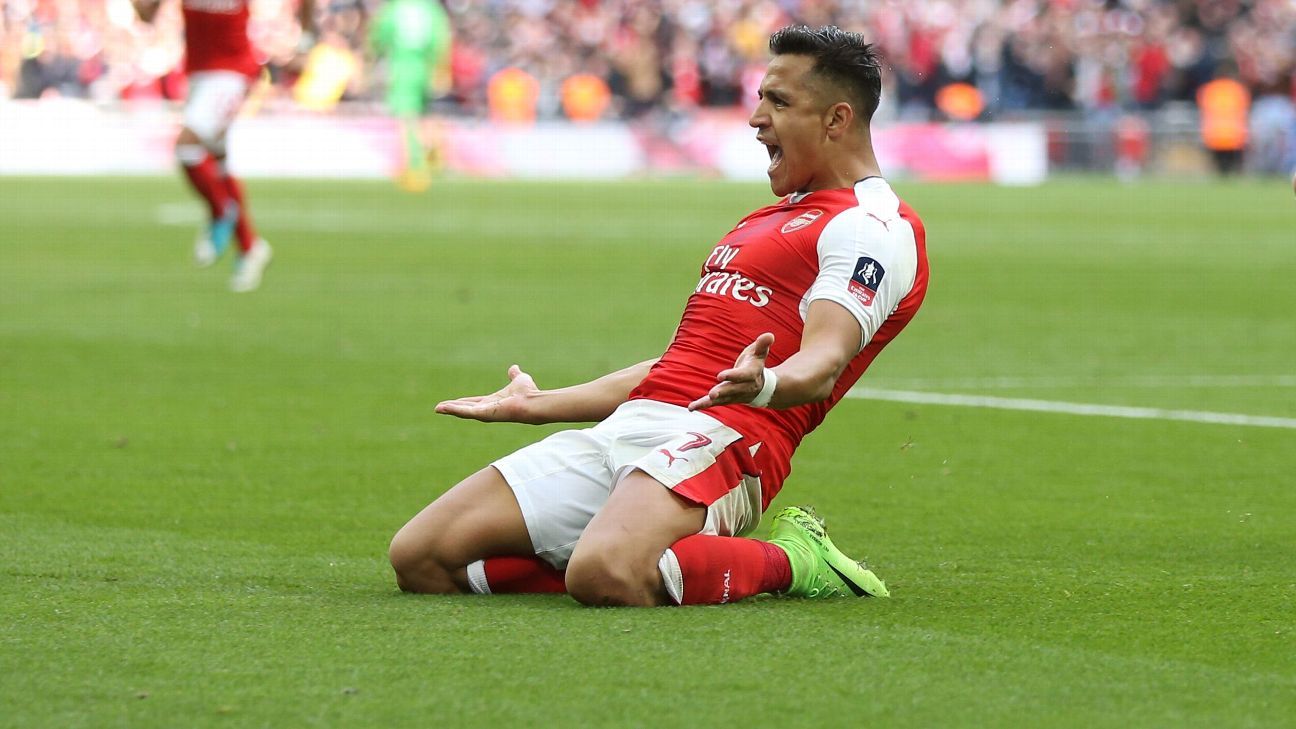 
Arsenal forward Alexis Sanchez and his representatives were in Paris on Friday to meet with Paris Saint-Germain sporting director Antero Henrique, a source close to the French club has told ESPN FC.

Henrique and his assistant travelled to the United States with PSG last weekend but returned to Europe before the club’s International Champions Cup opener against Roma in Detroit because of urgent transfer business.

According to the source, that transfer business concerns Sanchez and Neymar, and Henrique swiftly moved to London after his return to Europe.

Henrique’s flying visit to London was fruitful as he then received Sanchez and his representatives, including agent Fernando Felicevich, at Le Royal Monceau in Paris.

Henrique was filmed leaving the hotel on Friday evening and the source indicated that talks took place there over the course of several hours regarding a potential contract at the Parc des Princes.

The source said that any deal for Sanchez will cost upwards of €50 million and that the salary being discussed would put him at least on the same level of current top earners Thiago Silva and Edinson Cavani — possibly higher — as part of a four-year deal. The source added that PSG are yet to agree terms with Arsenal for Sanchez.

Arsenal remain reluctant to lose Sanchez and coach Arsene Wenger is still hopeful a new contract can be agreed, but the prospect of selling to Premier League rivals Manchester City or losing the 28-year-old to Pep Guardiola’s men on a free transfer in 12 months’ time might make a summer sale to PSG the most attractive option in the scenario that the Chile international does leave.

A source has told ESPN FC that the Ligue 1 club have agreed terms with Neymar and are now considering how to finance the move, but the source added that their pursuit of Sanchez is not linked to that of the Barcelona star.

If PSG are successful in their pursuits of both Neymar and Sanchez, it is likely that both will lead the club in terms of earnings, and in addition to Serge Aurier, Hatem Ben Arfa and Grzegorz Krychowiak — who have already been told they can leave — other big earners might have to be sacrificed.