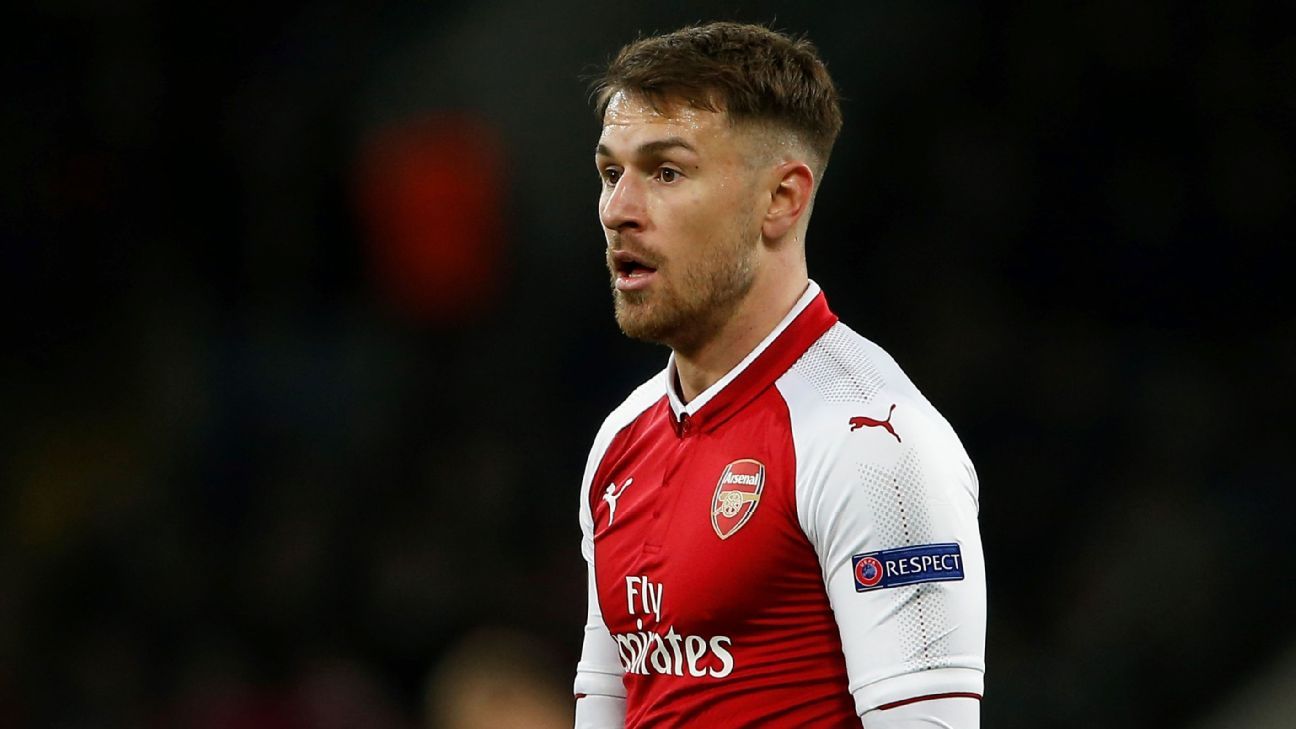 
Aaron Ramsey wants Arsenal to explain why they withdrew the offer of a contract extension, saying he hasn’t been told the reasons for the decision.

Ramsey looks set to leave Arsenal when his current deal expires next summer, after the club rescinded an offer that had been on the table for weeks. The midfielder revealed after Arsenal’s 1-0 Europa League win over Sporting Lisbon on Thursday that he still doesn’t know what led to that decision.

“Hopefully somebody will come up and tell me why,” he said, according to the Guardian. “I’ll accept that if there’s a reason. When the time is right, I probably will find out but that hasn’t happened yet.”

Ramsey is Arsenal’s longest serving player after joining the Gunners in 2008, and is also the club’s leading active scorer. He captained the side in in Lisbon and said he had been ready to sign a new deal when talks broke down.

“There is no contract on the table at the moment so there is nothing for me to consider or whatever,” he said. “We all know that the contract was taken away off the table. I’m not sure exactly why because a few weeks before we sort of agreed and I was ready to sign … Something happened, I am not sure what.

“So, I just have to get my head down, work hard and help this team as much as I can. We’ll see where that takes me.”

Ramsey, whose wife gave birth to twins last week, added that he hasn’t considered his options in terms of where he might play next season — although he ruled out a move to North London rivals Tottenham

“These things happen in football and I’m just concentrating on playing now. I’m not really thinking about anything else too much,” he said. “I’ve got other things as well in my life that I’m delighted with. I had twins last week, so everything is good at the moment for me. I can’t complain. I’m just going out there and trying to help this team as much as I can.”