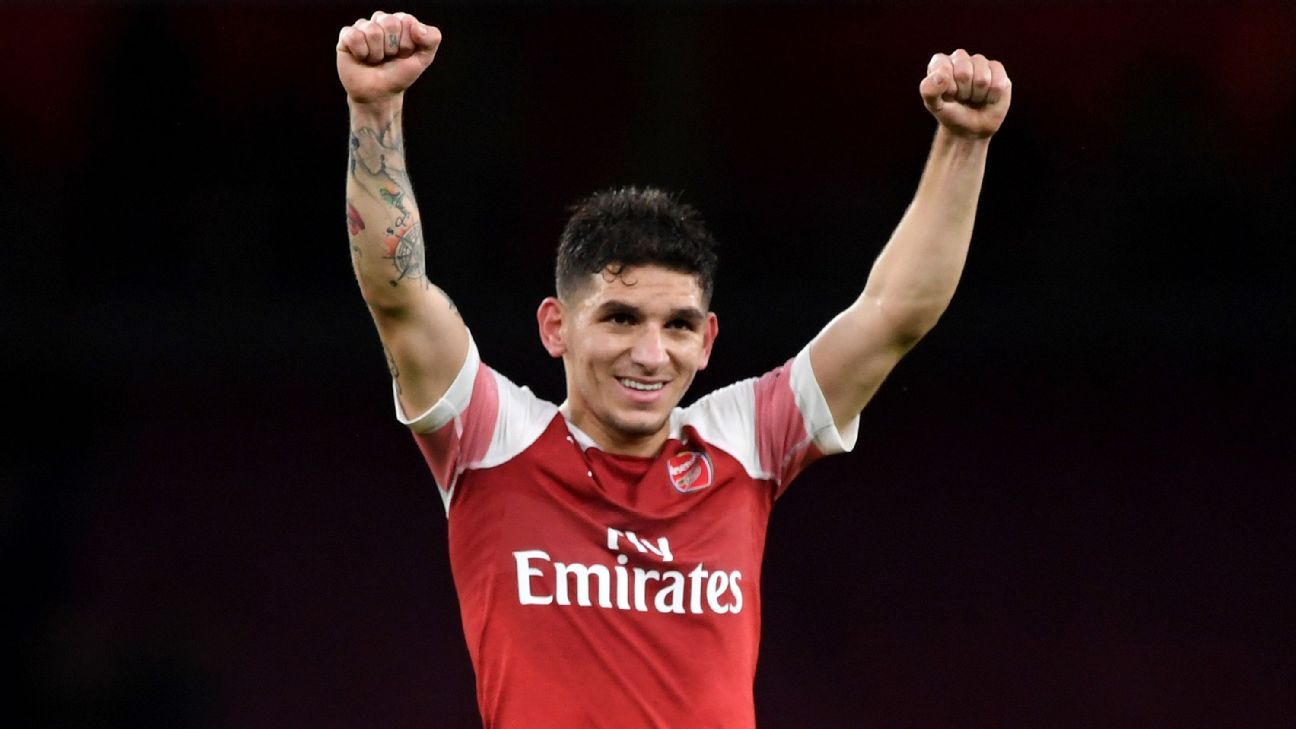 Emery’s side went into the break 2-1 down against Tottenham but the introduction of Alexandre Lacazette and Aaron Ramsey and some words of wisdom helped turn the game around.

“[Emery told us] to be calm, to continue playing because there were 45 more minutes left, that we keep attacking because obviously in the second half we were going to find more spaces. In fact, it happened and we scored the goals at key moments,” Torreira told ESPN FC in the mixed zone after the game.

“In the first half we started very strong, pressing very high, sometimes we managed to steal the ball very high we had many chances after scoring the first goal.

“Then, for different reasons, because of football too, they scored two goals and went ahead.

“In the second half, we made some changes. The players who came on from the bench did very well. We listened to the manager and we improved many things. That worked for us to get the victory.”

Emery has already earned a reputation for changing formation or tactics depending on the opponent, and Torreira said the flexibility introduced is well received by Arsenal players.

“There are different ways of playing but on the pitch we are 11 against 11,” he added. “It is the same. We get used to what the coach tells us.

“In the week we had trained playing with the three at the back as we had done in the previous game but for us it is not a problem. We are always eager to learn and that is the important thing.”

Arsenal moved above Spurs and into the Champions League spots with victory, but next up is Manchester United on Wednesday.

Torreira echoed Emery’s view that Arsenal cannot let up now and must build on the derby win at Old Trafford.

“Today it was a great opportunity [for us in the battle for the top four],” he said. “We managed to win this game that was important for us as a team and for the fans.

“Now the game against Manchester [United] is coming. It will be against a direct rival because Manchester are behind us in the table.

“We have many goals this season. We are playing in several competitions and we are doing it in the best possible way. And the important thing is to continue growing as a team.

“It’s true [United are eight points behind] but they are still Manchester United, they are still a very strong team who have a great coach. They are going to play at home, with a lot of fans and we know that all the matches in this championship are different and very difficult.”