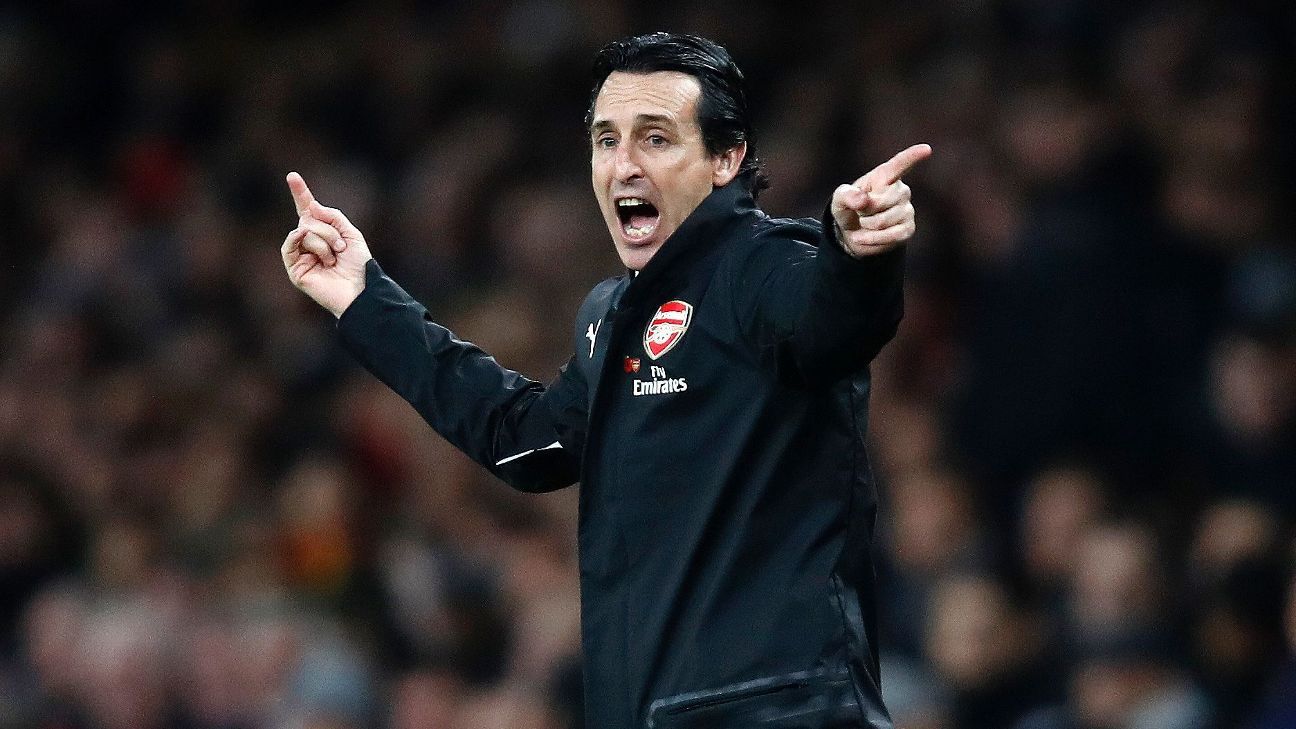 
Unai Emery has told Marca that Arsenal were in decline when he took over, having lost their defensive structure under Arsene Wenger.

Emery became coach in May after Wenger ended his 22-year reign, inheriting a team that finished sixth in the Premier League last season, and said his predecessor’s focus on attacking football had led to defensive weaknesses.

“Before Wenger arrived, Arsenal celebrated the 1-0 wins and were based on defensive solidity,” he said.

“With Arsene, they became an attacking team, with players who were good on the ball, and the perfect combination came with The Invincibles [when an unbeaten Arsenal won the 2003-04 Premier League].

“But with time, you can only take care of technique and attacking freedom, losing your defensive structure. What I want to do is unite the two and become more competitive. Arsenal were falling. We had to stop that and start to lift them.

“These days, it’s very difficult for a coach to last 22 years. The chairs had to be moved in all sectors of the club. Not because of previous negligence, but to motivate everyone again — to shake it up, to sweep things under the carpet, to open the windows, all positive things.”

Arsenal are on a 16-game unbeaten run in all competitions under Emery, but have kept only two clean sheets in 12 Premier League matches.

They have improved their away form after winning just four league games away from the Emirates last season, notching up three wins in five away games.

“We came to an Arsenal that hadn’t beaten any of the top six and, while we still haven’t done so yet, they also struggled to win away from home at all and we have already improved in that area,” Emery said.

The coach added that he had not yet spoken to Wenger about the squad but stressed that it was important to start from scratch when implementing his own ideas.

“I ran into him once and not many more times,” he said. “I respect him a lot but, no matter how much information he gave me, I had to change things.

“I told the players: ‘We are starting at ground zero.’ Even now, four months later, I still say we are just at the beginning.”

Arsenal have looked more solid since holding midfielder Lucas Torreira became a regular starter, while goalkeeper Bernd Leno has also impressed since taking over when Petr Cech was injured.

Asked why both summer signings had been made to wait for their chance to play, Emery said: “Because you have to respect hierarchy.

“Leno arrives, but Cech is doing well and you must respect that. Petr was first. The same thing was true with [Matteo] Guendouzi and Torreira, who arrived later. I gave him [Guendouzi] the chance first, which I was delighted about, but now he’s not playing as much and Lucas is.”