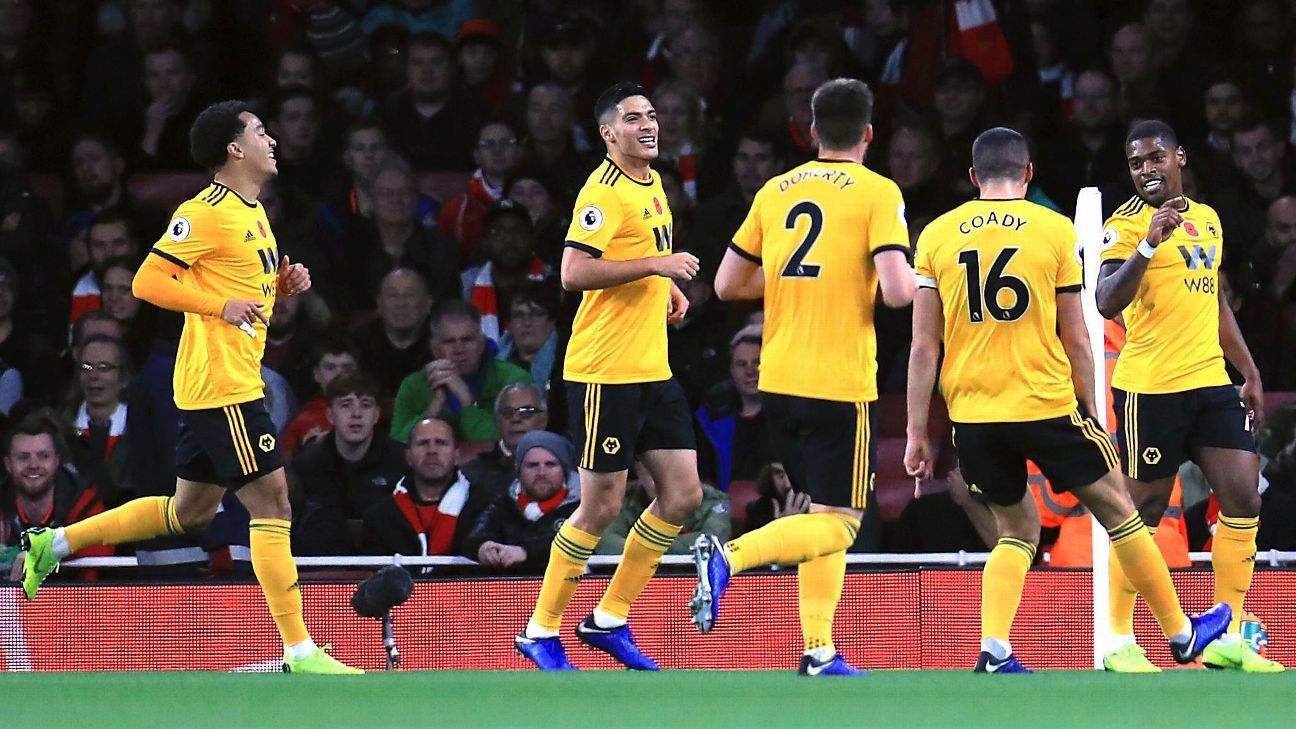 
Arsenal extended their run without a league win to three games after a 1-1 draw at home to Wolves.

Ivan Cavaleiro’s first half goal following a mistake from Granit Xhaka was cancelled out late on by Henrikh Mkhitaryan.

Unai Emery’s side are now three points off the top four going into the international break.

Wolves took the lead after 15 minutes when Xhaka gave the ball away in midfield allowing Cavaleiro to steal possession, working his way into the box before slotting past Bernd Leno.

Chances followed at either end in the aftermath to the goal, with Alexandre Lacazette’s shot blocked by Conor Coady, before Wolves broke and nearly doubled their lead through Raul Jimenez, but his effort was saved by Leno.

The visitors continued to threaten on the counter through Costa and were defensively solid, ensuring they ended the first half without Arsenal having a shot on target.

Emery brought Matteo Guendouzi on for Alex Iwobi at half time as Pierre-Emerick Aubameyang moved to a central role alongside Lacazette, though Arsenal were nearly in trouble again soon after the restart when Rob Holding brought down Jimenez inside the box, but no penalty was given.

Rui Patricio was finally called into action on the hour mark, tipping over a Lucas Torreira effort from range.

Hector Bellerin went close to equalising with 20 minutes to go with a shot that went just over, before turning provider for Aubameyang, but the forward somehow hit the outside of the post from six yards out.

Leno was on hand to save his side at the other end, denying substitute Diogo Jota from close range, before Arsenal found their equaliser seconds later through Mkhitaryan.

Morgan Gibbs-White hit the crossbar with seconds remaining in stoppage time, and Wolves had to settle for a hard-earned point.