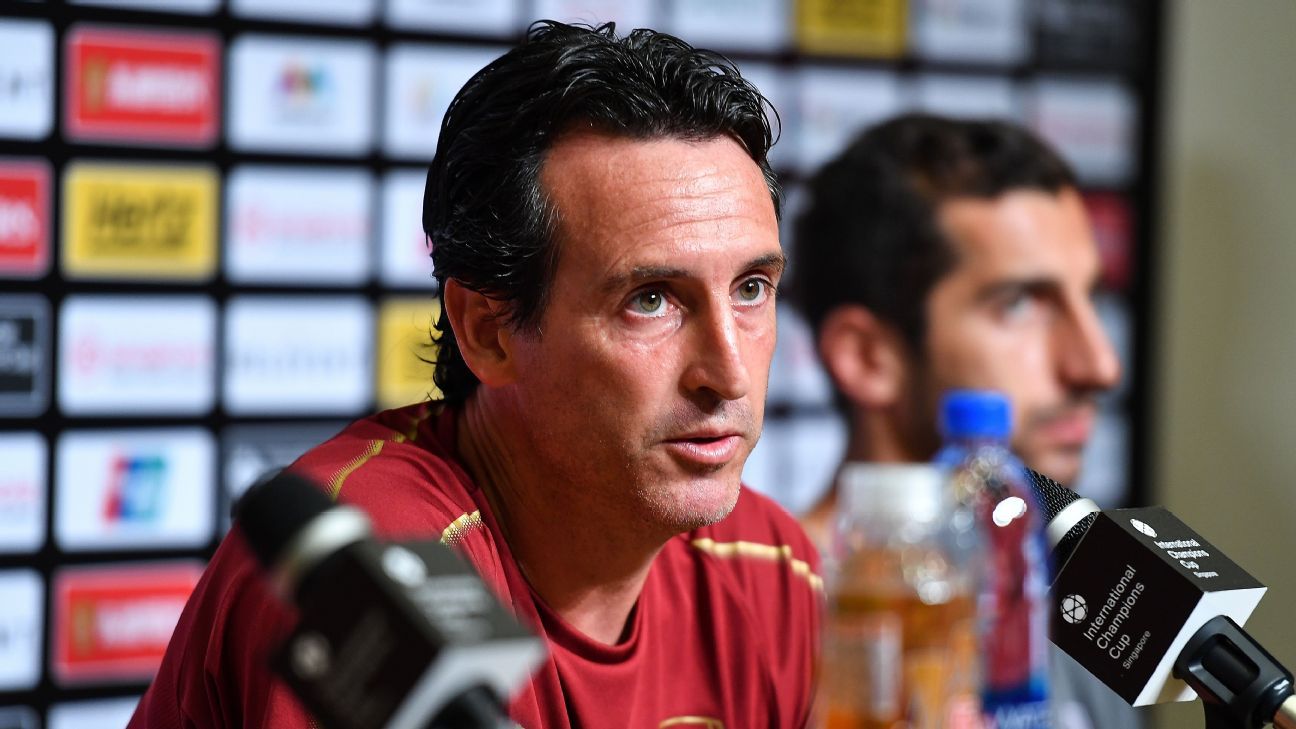 
Arsenal return home from their tour to Singapore with two creditable performances and one outstanding result to their name.

These are still early days in the reign of Unai Emery but a 5-1 win over his old club Paris Saint-Germain and a 1-1 draw against Atletico Madrid, with Arsenal going on to lose the penalty shootout, are encouraging first steps.

Little can be read into preseason results, but outside the scorelines we have seen plenty of evidence that Arsenal are in good shape heading into the new season. Here is why.

A new head coach, especially one who is replacing an incumbent of 22 years, will benefit from a honeymoon period where everything seems fresh and engaging purely by being different. But there is definitely a harmonious quality to the Arsenal camp at present. Emery hasn’t crashed through the door looking to make massive changes: it has been a smooth succession from Arsene Wenger and one the players have responded to well.

As Rob Holding said after the PSG thrashing: “I think the team spirit among the lads is top. Everyone’s on the same page and really pushing towards what the boss wants and what he’s bringing in tactically. We’re all pushing forwards towards what he wants to do this season.”

It doesn’t have to be this way during preseason — just look at the stench of misery hanging over Manchester United’s tour — but Arsenal have benefited from having fewer players involved at the World Cup, notably key strikers Alexandre Lacazette and Pierre-Emerick Aubameyang. And when the likes of Lucas Torreira, Stephan Lichtsteiner and Granit Xhaka do arrive they will join a group in good spirits.

There is an element of Arsenal’s preparations for the new season which hasn’t been seen on the pitch quite yet, but is nevertheless hugely encouraging. Emery is taking time to address some of the fundamental problems which afflicted the team under Wenger’s rule. As he put it after the PSG win: “The first idea we are working on is without the ball and the right place to be pressing.”

Wenger cultivated a creative atmosphere at Arsenal where attacking football was indulged, but as the game grew more sophisticated he paid far too little attention to strategies when Arsenal didn’t have the ball. Often, Arsenal’s pressing strategy seemed to be to let Alexis Sanchez charge around maniacally up front, before he threw his arms up in frustration when he realised none of his teammates had joined him in the press.

With Tottenham, Manchester City and Liverpool all showing the value of a methodical pressing system, Emery’s focus on this is a big step forward.

Arsenal’s lack of attention to defensive work was also a persistent complaint over the past decade and here too Emery is trying to fix things. Sokratis Papastathopoulos was an important signing in this regard and the 30-year-old, who has been a part of preseason training since day one, gave an insight into life under Emery which should have filled Arsenal fans with hope.

“A lot of coaches and a lot of teams now look at only how to play, not how to defend,” he said. “But with the new coach we work also on the situations when we don’t have the ball and this is very important. On the first day, the coach worked on this. With him, all the players we work on tactics, we look a lot at videos, what was wrong, what we have to do better. I think and hope this year things at the back will be much better.”

It is too early to see the fruits of this labour but clearly Emery has the right priorities as he tries to improve upon last season.

Speaking of pressing and off the ball work, the key to enjoying such a huge margin of victory over PSG was the energy that a succession of young substitutes brought to proceedings. In fact, the vibrancy and energy of youth was the dominant feature of Arsenal’s trip to Singapore after 18-year-old Emile Smith Rowe scored a stunning goal in the first match against Atletico Madrid.

Emery’s prime focus will be his senior players but Arsenal go into the new season knowing that they have a host of special talents who will be pushing for first-team recognition. Smith Rowe, who turned 18 on the day he picked up an assist against PSG, will probably be restricted to cup games but players like Reiss Nelson, Eddie Nketiah and Ainsley Maitland-Niles will all be aiming to develop their Premier League experience this season.

And then we come to Matteo Guendouzi. Few would have been aware of the 19-year-old when he signed from Lorient for £8m this summer but head of recruitment Sven Mislintat seems to have unearthed another special player if his performances in Singapore are any guide. Guendouzi has been the revelation of the tour with his commanding performances and ambitious passing from the holding midfield role.

The top level of the Premier League is highly congested and reclaiming a place in the top four can never be predicted with any confidence. But it’s clear at this early stage that everything is pointing in the right direction for Emery’s Arsenal.