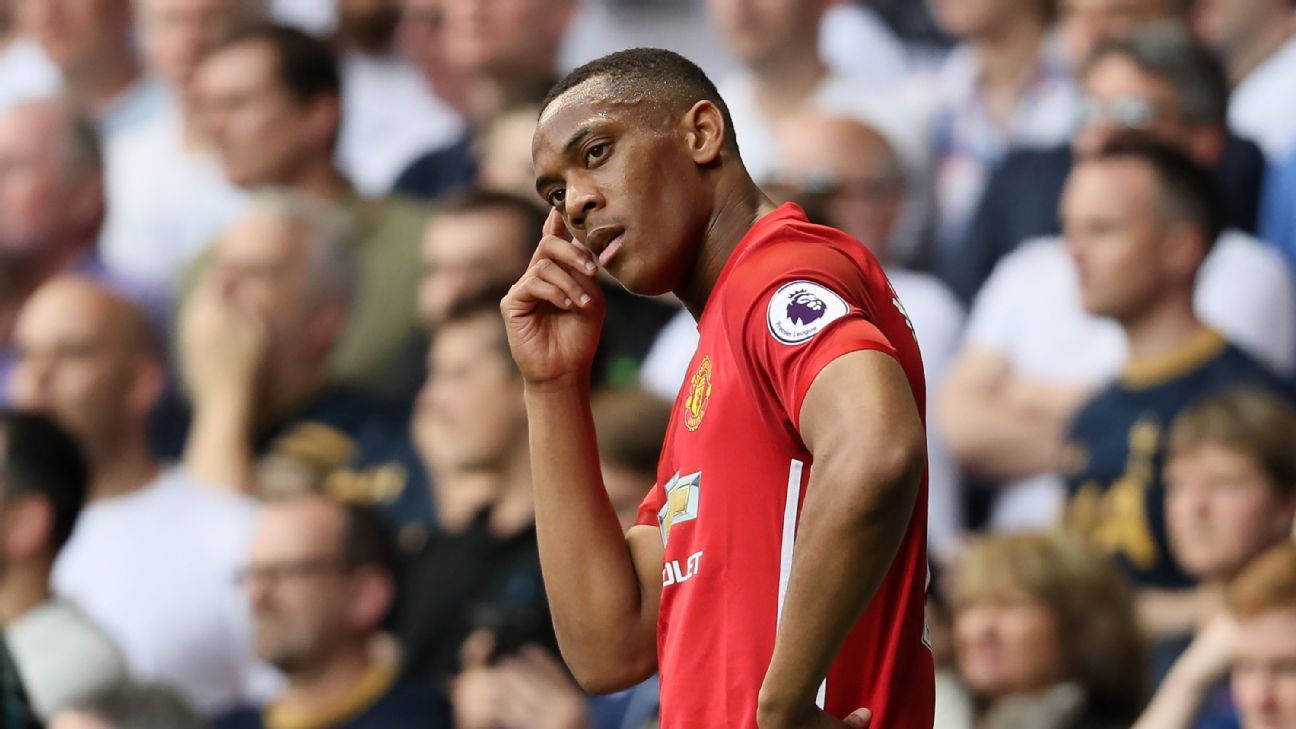 Arsenal to bid £40m for Martial

Arsenal manager Arsene Wenger wants Kylian Mbappe from Monaco — this we know — but the £100 million price tag might be a bit too steep. So Wenger needs a backup plan, and that backup plan is Anthony Martial, according to the Mail.

Martial did not have the best of seasons last year and was publicly criticised by United manager Jose Mourinho.

A bid of around £40m may test United’s resolve and give Arsenal funds towards a move for their next Thierry Henry.

Liverpool close in on Arsenal’s Ox

One minute Liverpool are signing Mohamed Salah, the next they are swooping for Arsenal midfielder Alex Oxlade-Chamberlain, according to the Mirror.

It reports that the Merseysiders will “continue their spending spree” with a move for Oxlade-Chamberlain, who has a year left on his contract “and has become frustrated by the lack of talks over a new deal.”

Manager Jurgen Klopp would be willing to pay £30m, the report says, adding that “sources within Anfield are indicating that the chances of the transfer going through are increasing.”

Klopp says he believes signing Oxlade-Chamberlain “would add to Liverpool’s strength as they make their Champions League return.”

Meanwhile, the Mirror says West Ham could also raid the Gunners, with Theo Walcott the man in their sights.

It reports that the Hammers “have made England international Walcott a £25m target amid his reported frustration at a lack of regular playing time.”

Walcott, the report adds, “harbours dreams of making the England squad for next summer’s World Cup but knows that will be impossible if he is a regular substitute at Arsenal.”

And after reports that full-back Hector Bellerin was torn between loyalty to Arsenal and a possible return to Barcelona, it seems his mind may have been made up for him.

That’s because majority shareholder Stan Kroenke has told him he won’t be leaving, with reports in Spain saying Kroenke telephoned Bellerin to tell him he would not return to the Camp Nou.

United will listen to Smalling offers

It might have seemed that Phil Jones was the player whose Manchester United future was under most threat following the arrival of Victor Lindelof — but that’s not the case, according to the Sun.

It reports that Jones will be given “the chance to fight for his place” by Jose Mourinho, but says United will consider bids for fellow central defender Chris Smalling.

Jones missed out to Smalling in United’s Europa League final lineup after an injury-interrupted season that saw him in and out of the side, but the Sun says “it is Smalling’s future that is in doubt, with United willing to listen to offers.”

It adds that Jones “will head to America on the club’s preseason tour with the chance of a sealing a key role” next season, with his “ability to slot in at right-back also a quality the manager wants to use.”

— Sunderland striker Fabio Borini could be on his way back to Italy, with the Mail reporting that both Lazio and AC Milan are interested in him.

The former Liverpool and Roma player is thought to be keen on a return to Rome following Sunderland’s relegation from the Premier League.

The Mail says Lazio hope to sign him on loan with a view to a permanent £4m deal at the end of the season, although the Black Cats “would prefer an outright sale and talks are ongoing.”

— Aston Villa remain interested in Stoke City midfielder Glenn Whelan but have not followed up on their initial £500,000 offer, according to the Birmingham Mail.

Stoke have told Whelan he is free to find another club after the arrival of Darren Fletcher, but Villa “need to offload some of their fringe players to free up funds for new arrivals,” the report says.