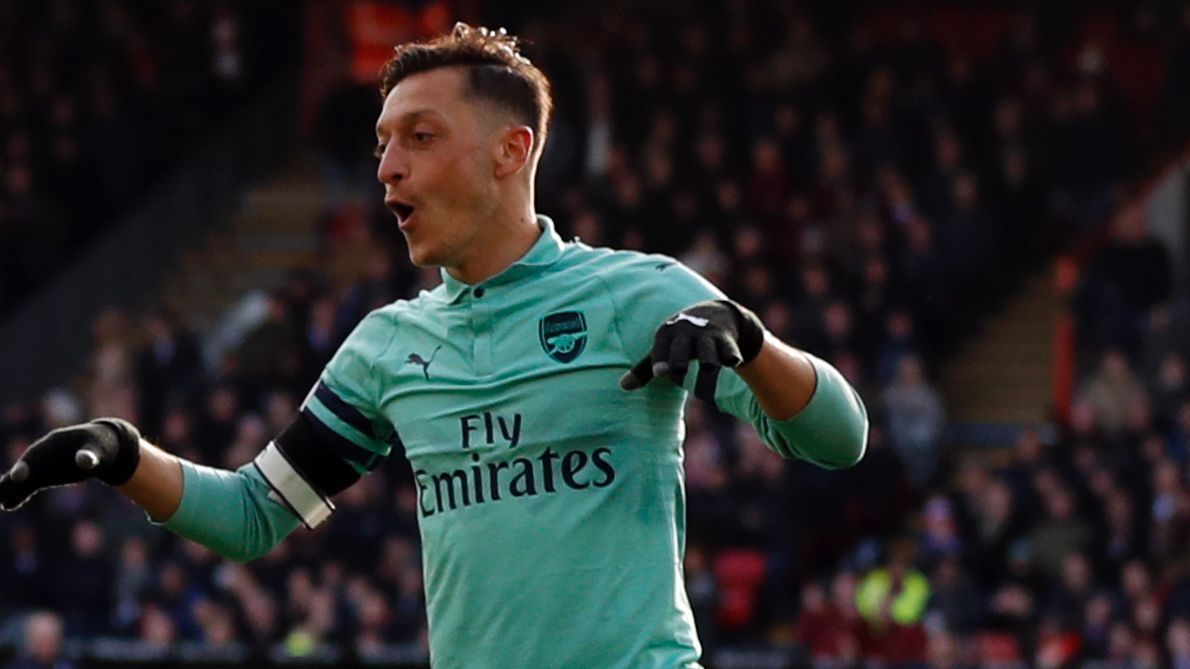 
LONDON — Arsenal coach Unai Emery says it’s “normal” that Mesut Ozil was unhappy about being substituted against Crystal Palace on Sunday, and called out Alexandre Lacazette for a mistake that led to a late equaliser.

Arsenal’s 11-game winning streak ended with a 2-2 draw at Selhurst Park after Luka Milivojevic converted his second penalty of the game in the 83rd minute.

Arsenal couldn’t find a late winner, with Ozil and goal-scorer Pierre-Emerick Aubameyang having already been taken off by Emery.

Ozil threw his gloves to the ground in disgust after being hauled off in the 68th minute, shortly after Arsenal went ahead, but Emery insisted there was no problem with the German’s attitude.

“It’s normal that he’s not happy,” Emery told a news conference. “He showed us character when we are not playing well. And when I substituted him is when we are 2-1 up, but usually every player wants to continue playing.”

The Spaniard said he had a clear tactical reason for replacing Ozil with Danny Welbeck, as he wanted to recreate the devastating counter-attacking football that led to a 5-1 win at Fulham in Arsenal’s previous Premier League away game. With Palace pushing for an equaliser, Emery said the game was ripe for scoring a third goal on a counter.

“I think we lost a little bit possession of the ball, and the match is more for transitions, like the last matches,” Emery said. “And also with Danny and Laca, I wanted to find one good transition between both players and score more goals.”

However, Emery was clearly unhappy with Lacazette’s sloppy back pass that helped lead to Palace tying the match. The coach was screaming at Lacazette on the sidelines after that, at one point grabbing the French striker’s face in both hands.

“We can make mistakes on the pitch. Every day I’m making mistakes also in my decisions. But the mistakes are for learning from and not [to] lose our confidence or our desire on the pitch. And I think on the second goal, Laca is a bit less in his thinking, and I’m pushing him to find that,” Emery said.

Arsenal were handed another injury concern when Hector Bellerin was taken off at half-time with a muscular problem. Emery said it’s too early to determine whether the right-back could be a doubt for next weekend’s clash against Liverpool.