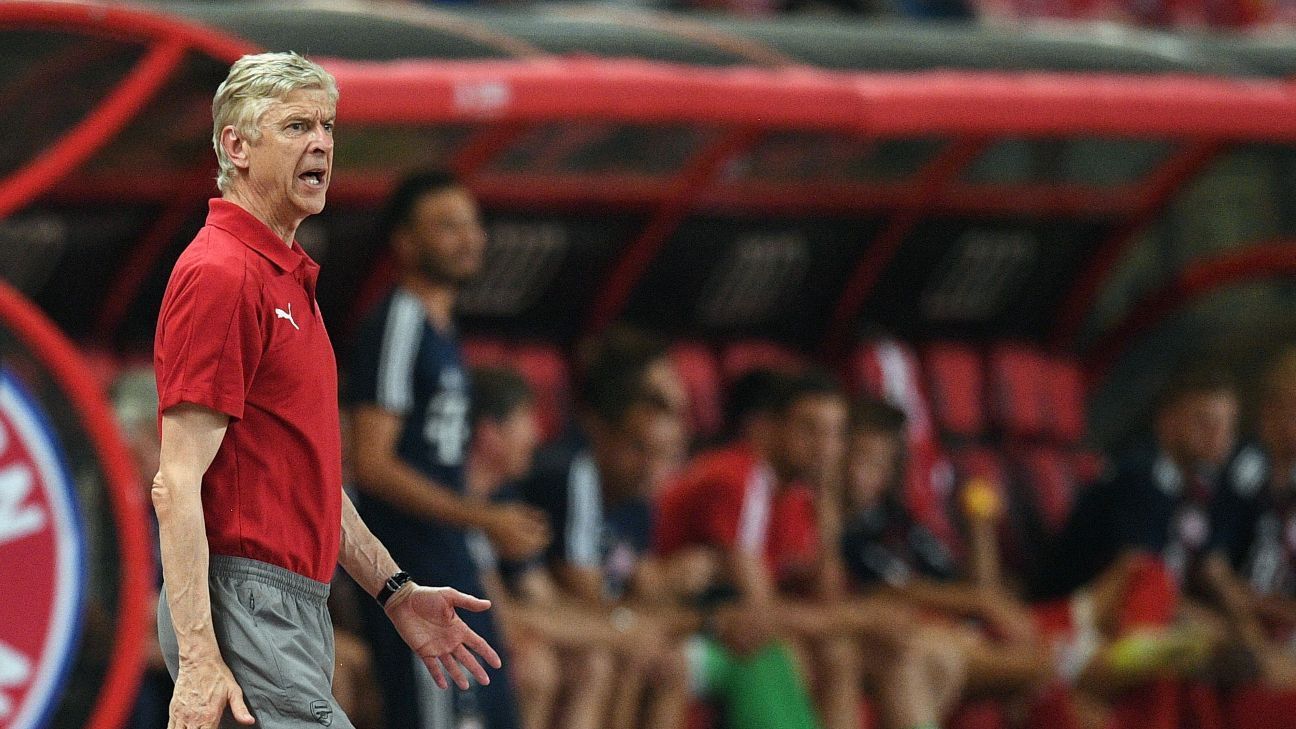 
BEIJING — Arsenal have recovered from the stomach bug that hit the team in Shanghai this week, with only Theo Walcott a doubt for Saturday’s friendly against Chelsea in Beijing.

A handful of players fell ill before Wednesday’s game against Bayern Munich at Shanghai Stadium, but Per Mertesacker, Olivier Giroud, Sead Kolasinac and Aaron Ramsey both took full part in an open training session at the Bird’s Nest Stadium on Friday.

Walcott, who like Ramsey finished the Bayern game feeling unwell, only watched the final part of the session from the sideline. Mertesacker and Giroud missed that game, while Kolasinac came off in the first half. Manager Arsene Wenger identified the illness as food poisoning in Shanghai, but the team has since changed the diagnosis to a stomach bug.

Regardless, it should give Wenger a few more options when he picks his team for their final game of the two-week trip to Australia and China.

“Today we had 21 players fit. Theo Walcott was not ready and I don’t think he’ll be ready for tomorrow. But there’s nothing major,” Wenger said.

Laurent Koscielny also declared himself available after missing the Bayern game with a back problem. The French centre-back also took full part in Friday’s session to boost Wenger’s defensive options.

“My back is better,” Koscielny said. “I had a little pain on Tuesday morning, so I did treatment. Today I trained and I was OK. Not 100 percent, but I’m OK for playing. So we’ll see tomorrow.”

Upwards of 50,000 fans are expected at the Bird’s Nest on Friday, with several hundred local Arsenal fans cheering the team on during training. Before his news conference, Wenger exchanged gifts with the local organiser, handing over a signed Arsenal shirt in exchange for a personalised Chinese stamp.

Even though this is only a friendly, the Gunners are keen to maintain their unbeaten record on this tour — especially given the fact that their rivalry with Chelsea will pick up again at the start of the season. They play each other in the Community Shield in a fortnight and Arsenal then travel to Stamford Bridge in the fifth game of the Premier League season.

“It’s a friendly between Chelsea and Arsenal, and that means it’s not really a friendly,” Wenger said. “There’s always some pride at stake and some London desire to have superiority.

“We know each other very well, and it’s difficult to know how prepared Chelsea are, and how far we are with preparations but tomorrow will be a good indication. It was good against Bayern, and this is another test for us before the season.”