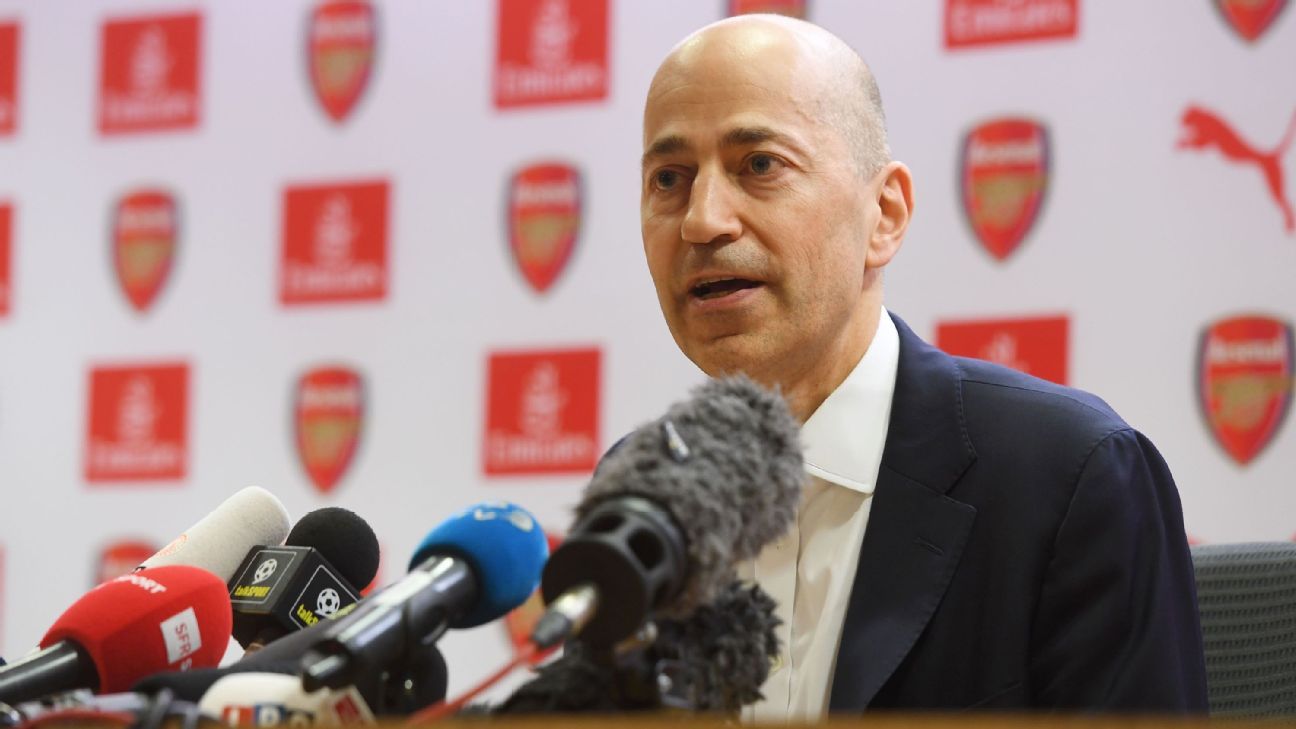 
Arsenal CEO Ivan Gazidis has pledged to start immediately on making “an open-minded and brave” decision in appointing Arsene Wenger’s successor as manager, and that he will only consider candidates who continue the legacy of “progressive and exciting football.”

Gazidis paid tribute to Wenger on Friday after the long-time Arsenal boss announced he will step down after his 22nd season in charge, saying his contributions will never be matched and that “you don’t find a replacement for Arsene Wenger.”

But he laid out the criteria Arsenal are looking for in their new manager and hinted that the club could be ready to make another surprise appointment — just like they did with Wenger in 1996.

“But I also think there is a significant piece with Arsenal Football Club of how the candidate represents the club. … To replace Arsene, that’s not going to happen. But what we have to do is to make sure we don’t lose his qualities and his values within the club, but that we take them forward. I’m absolutely committed to doing that.”

While a number of coaches have already been mentioned as possible candidates, including New York City FC’s Patrick Vieira, Gazidis insisted that there had been no discussions within the club before Wenger’s announcement.

“That process begins today,” he said. “We have to embark on a process, which we have not done. Whatever is being said, we have not done that. Because we would never do that. I don’t think it’s in Arsenal’s values to do that behind the back of a great man like Arsene.

“Other clubs go out and conduct their managerial search, for understandable reasons, in that way. For us, there’s been a conversation. Arsene has made his decision. And now that process begins.”

Juventus’ Max Allegri, Monaco’s Leonardo Jardim and Germany coach Joachim Low have been seen as perhaps the most likely candidates, but Gazidis hinted that Arsenal could well catch many by surprise once again.

“I think we’ve got to be open-minded and also brave in the decision. When Arsene was appointed, I don’t think he was on many people’s radar screens,” Gazidis said. “Now that doesn’t mean we have to make another appointment that not everybody is thinking about and talking about. But it does mean we need to be bold in the appointment and get the person that we believe is the right person.”

Gazidis didn’t give a timeline for when he wants the appointment to be made, but said it’s more important to find the right man than to find someone quickly. He also insisted that Arsenal were better prepared than ever to deal with life after Wenger, in part because of the hires of former Barcelona sporting director Raul Sanllehi and Borussia Dortmund’s recruiting expert Sven Mislintat.

And while Arsenal haven’t appointed a new manager since 1996, he insisted that the club now — with Sanllehi, Mislintat, Gazidis himself and majority owner Stan Kroenke — have a wealth of experience in overseeing such changes.

“I doubt there is a more experienced group in handling changes of coaches. Having said all of that, this is a very unique situation and none of us have been through a managerial change that will be like this one,” Gazidis said. “So I recognise the size of the challenge, but I think we do have the resources and the people and the experience and the know-how to make a good choice for the future of the football club.”

Gazidis repeatedly refused to give any insight into the discussions that led to Wenger’s decision, or whether he or Kroenke had wanted the Frenchman to stay for the final year of his contract. But he said the timing of the announcement was meant to give the club enough time to find a successor and to make sure the “Arsenal family could come together and express our affection and our gratitude to this man.”

“I think you’re going see some fantastic atmospheres and a coming together of the Arsenal family in the three home games we have remaining this season,” Gazidis said.

Arsenal have two remaining home Premier League games and host Atletico Madrid in the semifinals of the Europa League on Thursday. Gazidis, though, wouldn’t disclose whether the club will erect a statue of Wenger outside the Emirates or name a stand after him, like Manchester United’s tributes to Alex Ferguson.

“We’re working on plans,” he said. “I think West Ham on Sunday will be a great atmosphere. I think Thursday will be electric. And then I think the Burnley game on May 6 will be a send-off that the world will take notice of.”