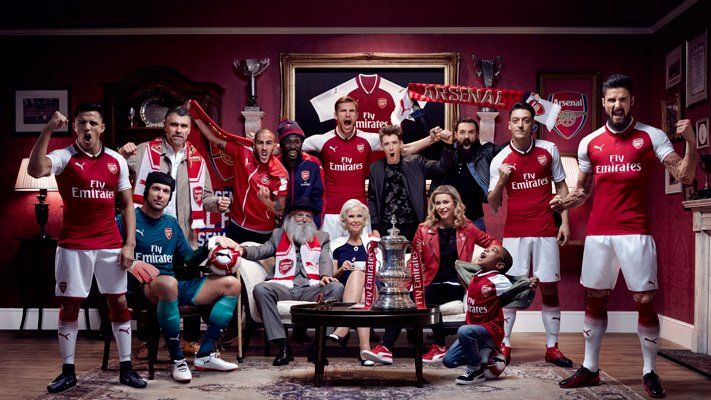 Arsenal’s home shirts for the 2017-18 season will include a darker shade of red, a button-down collar and a cannon on the yoke.

The shirts, unveiled at an event at Kings Cross station involving legends Robert Pires and Martin Keown, resemble those they have worn each of the last two years.

They again include the white shoulders that have appeared since Puma became the kit supplier in 2014 but remove the dark red stripe down the front of the shirt that was introduced for last season.

Presenting… our @PUMAfootball home kit for 2017/18

The collar, which last appeared two seasons ago, “adds a smart but functional element,” according to the club. The cannon, meanwhile, will stand alone in white on the back of the neck and “celebrates 50 years of the cannon appearing on our home shirts.”

In addition to the event, Arsenal released a number of promotional images as part of their marketing campaign — several of which include Alexis Sanchez, Mesut Ozil and Olivier Giroud, three players whose futures with the club remain uncertain, wearing the new shirts.

The away kit is expected to be unveiled in time for the club’s preseason tour of Australia and China next month.