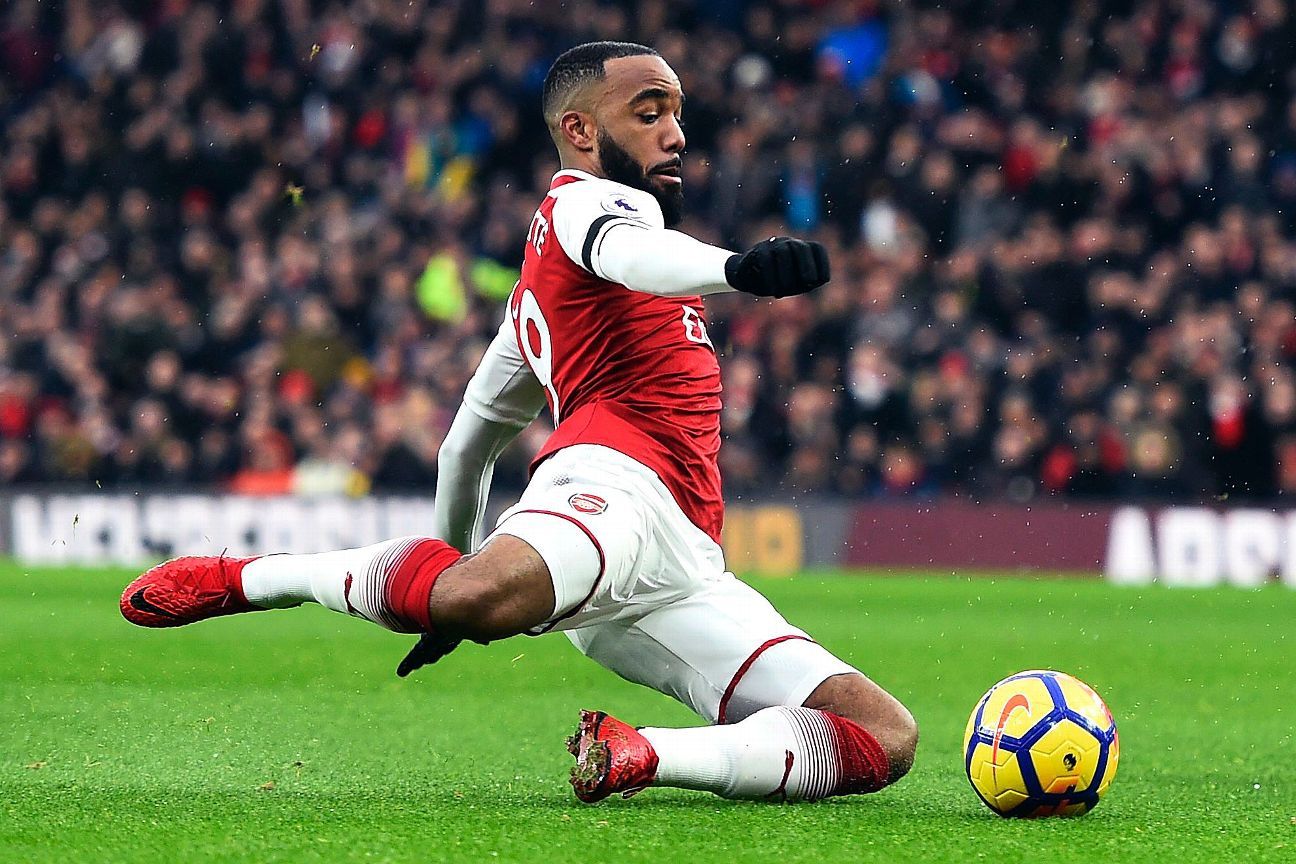 
What a strange debut season it’s been for Alexandre Lacazette at Arsenal. He arrived to much fanfare as the club’s record signing and scored after just 94 seconds of his Premier League debut against Leicester. However, after an impressive start, his form faded dramatically — by February he had endured a run of one goal in 13 appearances.

The signing of Pierre Emerick-Aubameyang threatened to entirely eclipse Lacazette, with the Gabon international seemingly primed to take the spot as Arsenal’s starting striker.

Lacazette’s topsy-turvy campaign has taken another twist: Arsenal’s season has now boiled down to a “win-or-bust” assault on the Europa League. With Aubameyang cup tied, Lacazette is set be the main man again.

On reflection, criticism of Lacazette during the Christmas period might have been a little misplaced. His lack of goals was a symptom, rather than a cause, of Arsenal’s malaise. It’s not as if Aubameyang has been inundated with opportunities since arriving in north London; both strikers are reliant on a decent supply line, and Arsenal are simply not the creative force they once were.

He also seemed to be suffering on the physical side. A first season in English football can be a daunting prospect, as the intensity of the Premier League is frequently a shock to the system. Having spent six weeks out recovering from a minor knee procedure, he ought now to be fresh heading into the business end of the season.

Arsenal will need him. Their 2017-18 season — perhaps even Arsene Wenger’s job — hinges on the Europa League. Should they go out in the next round against CSKA Moscow, the final few weeks of the season will resemble a funeral march. Triumph, and they’ll have a Champions League place to go along with a first piece of European silverware in more than 20 years.

Lacazette has not featured in the competition so far this season. During the group stages he was preserved for the Premier League, with Olivier Giroud generally leading the line on the continent. However, with Giroud having departed for Chelsea, Lacazette is required to step in. Danny Welbeck did manage to score twice against AC Milan, but few Arsenal fans would feel confident he could provide the necessary cutting edge to see off the likes of Atletico Madrid.

Let’s be clear: Lacazette needs the Europa League, too. This is a fantastic opportunity for him to demonstrate his ongoing value to the club. Some have suggested the signing of Aubameyang effectively wrote Lacazette off as an expensive flop, and this is his chance to show he still has a major role to play.

Arsenal need to do all they can to get him up to speed before the visit of CSKA on April 12. Lacazette rejoined training just prior to the international break, but was spared a trip away with France. He’ll be working hard at London Colney to ensure he’s as sharp as possible when domestic football resumes.

However, it’s game time he needs most, and Wenger might need to be flexible to accommodate him. It’s no use just saving him for Europe — that won’t allow him to get the rhythm he requires to find form. Arsenal must include Lacazette in their Premier League fixtures, too, even if it means altering their system to allow him to play alongside Aubameyang.

A move to a front two could actually suit Arsenal, whose Premier League XI seems to be overloaded with creative midfielders and lacking in finishers. Surely one of Mesut Ozil, Henrikh Mkhitaryan, Jack Wilshere, Aaron Ramsey or Alex Iwobi could be sacrificed to get a second pure forward on the field? Sharing the Premier League goal-scoring burden would ease the pressure on both Lacazette and Aubameyang, as well as presumably provide a significant challenge for any opposition defence.

The Europa League is undoubtedly Lacazette’s main stage for the remainder of the season. However, he may well require some Premier League action to stay warm. If he is used exclusively in Europe, he is unlikely to shake off the rustiness that has accumulated since February.