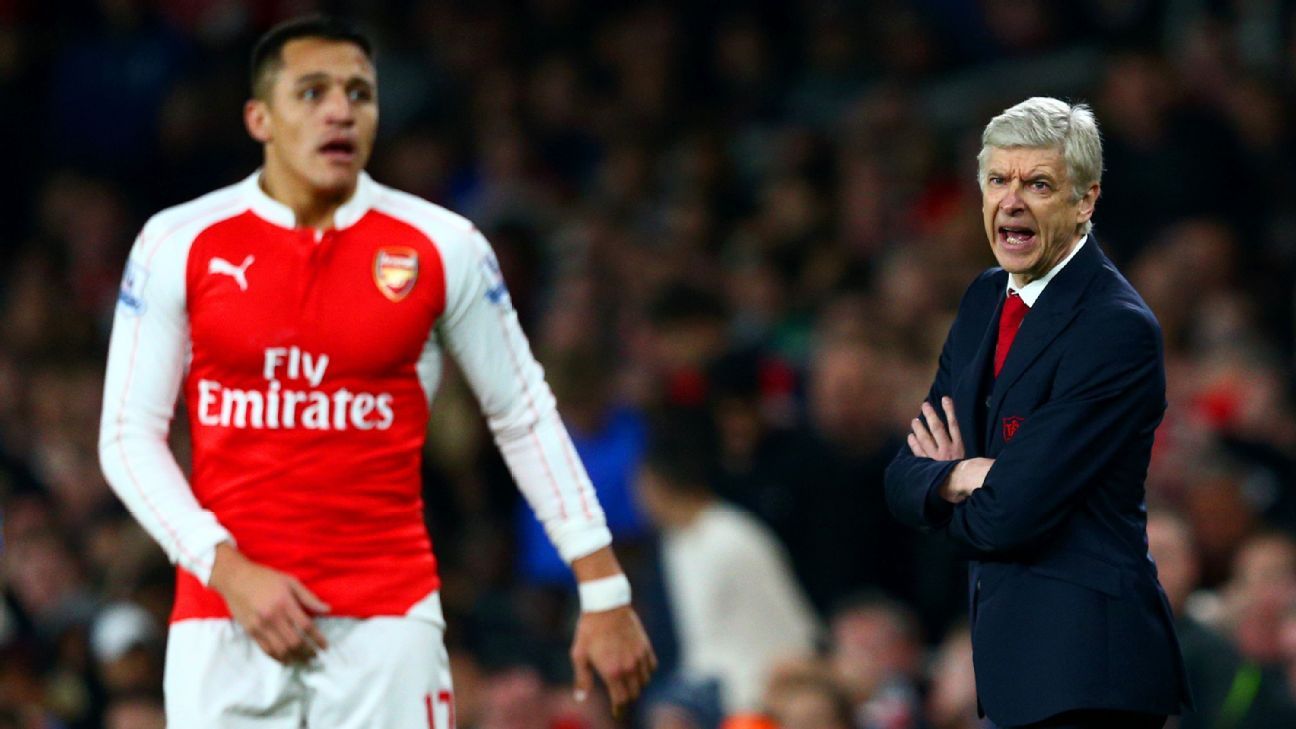 
Arsenal broke their club transfer record by completing the €53 million signing of Alexandre Lacazette on Wednesday, but the biggest statement of intent they can make this summer is by blocking Alexis Sanchez’s exit, regardless of the fact they could lose him for nothing 12 months down the line.

The FA Cup winners now face a crucial test of their resolve and ambition with Sanchez, and the outcome will define what kind of club Arsenal really are.

Is the Chilean regarded by the Arsenal hierarchy as an asset on the football pitch? Or a depreciating asset on the balance sheet who could walk out at the end of his contract in June 2018 as a free agent?

Sanchez’s performances for Arsenal last season and for Chile during the Confederations Cup in Russia suggest he is a player reaching the peak of his powers.

At 28, he is maturing into a forward with the ability to be the outstanding game-changer in the Premier League — a player who can do for Arsenal what Cristiano Ronaldo and Luis Suarez did for Manchester United and Liverpool, respectively, in their final seasons at Old Trafford and Anfield after being persuaded to stay for one more year despite making clear their determination to leave.

In 2008, Sir Alex Ferguson pleaded with Ronaldo hold his desire to play for Real Madrid and give him one more season at United, after which he would sanction a move to the Bernabeu.

Ronaldo agreed and United were rewarded with a Premier League title, a Champions League final appearance and 26 goals in 53 games from the Portuguese winger.

In the summer of 2013, Suarez was desperate to leave Liverpool after being hit with a 10-game ban for biting Chelsea’s Branislav Ivanovic. A move to Arsenal was close, with the London club infamously offering £40,000,001 to trigger the striker’s £40m escape clause.

Liverpool held firm — Steven Gerrard even told Suarez that he could do better than Arsenal and deserved to leave Anfield for Barcelona or Real Madrid — and Arsenal’s bid was rejected. Suarez stayed and enjoyed an incredible season: Liverpool’s best in the Premier League era, when they came so close to winning the title for the first time since 1990.

By the time he moved to Barcelona in the summer of 2014, Suarez had been named Footballer of the Year and left Liverpool with his status elevated by his performances and willingness to stay for one more year.

The difference between Sanchez and these two players is his contractual situation at Arsenal. While United and Liverpool cashed in by selling Ronaldo and Suarez for £80m and £65m, respectively, Arsenal face losing Sanchez for nothing next summer if they keep him for one more campaign.

If they sell him now, Arsenal know they could receive at least £50m from Manchester City, Chelsea or Bayern Munich. But allowing their talisman to leave would be akin to Arsenal raising the white flag and signalling to their supporters that the balance sheet will always come before the trophy cabinet.

Keeping Sanchez will give Arsenal hope of winning the Premier League. Without him, their prospects would be minimal. And if he stays and Arsenal enjoy success, perhaps he can then be persuaded to extend his contract, remain in London and join the likes of Patrick Vieira, Dennis Bergkamp and Thierry Henry as a club legend.

Sanchez may not want to stay. Well-placed sources told ESPN FC that he is determined to move to City to work alongside his former Barcelona coach, Pep Guardiola, once again. But Arsenal can hold him to his contract and they should make it clear that, with so much money in the club’s bank account, losing him for nothing next year is a price they are willing to pay.

And just as Gerrard urged Suarez to wait for something bigger and better than Arsenal in 2013, Sanchez should be told that he is in a similar position at the Emirates.

Having already played for Barcelona, his options are perhaps limited, but unless Barca or Real Madrid enter the race, Arsenal should be capable of holding on to their star performers.

A successful and winning Arsenal are a bigger club than City or Chelsea, and they flexed their muscles in 2014 by beating Liverpool to the signing of Sanchez when he left Barca. They also have the history and finances to compete with Manchester United, so Arsenal should not allow themselves to cave in against a domestic rival.

The days of allowing the likes of Samir Nasri, Kolo Toure and Gael Clichy to leave for City, or Robin van Persie to move to United, should be long gone. Sanchez gives Arsenal the opportunity to prove that.

Securing Lacazette’s services gives the club a stronger platform from which to tell Sanchez that he will not be allowed to leave the Emirates this summer, whether he likes it or not.

Actions speak louder than words and the capture of Lacazette ensures that Sanchez will not be able to complain of a lack of ambition from the club hierarchy when he sits down to discuss his situation this summer.

But it ultimately all comes down to Arsenal’s ambition. If they still have it, Sanchez will be their player next season.