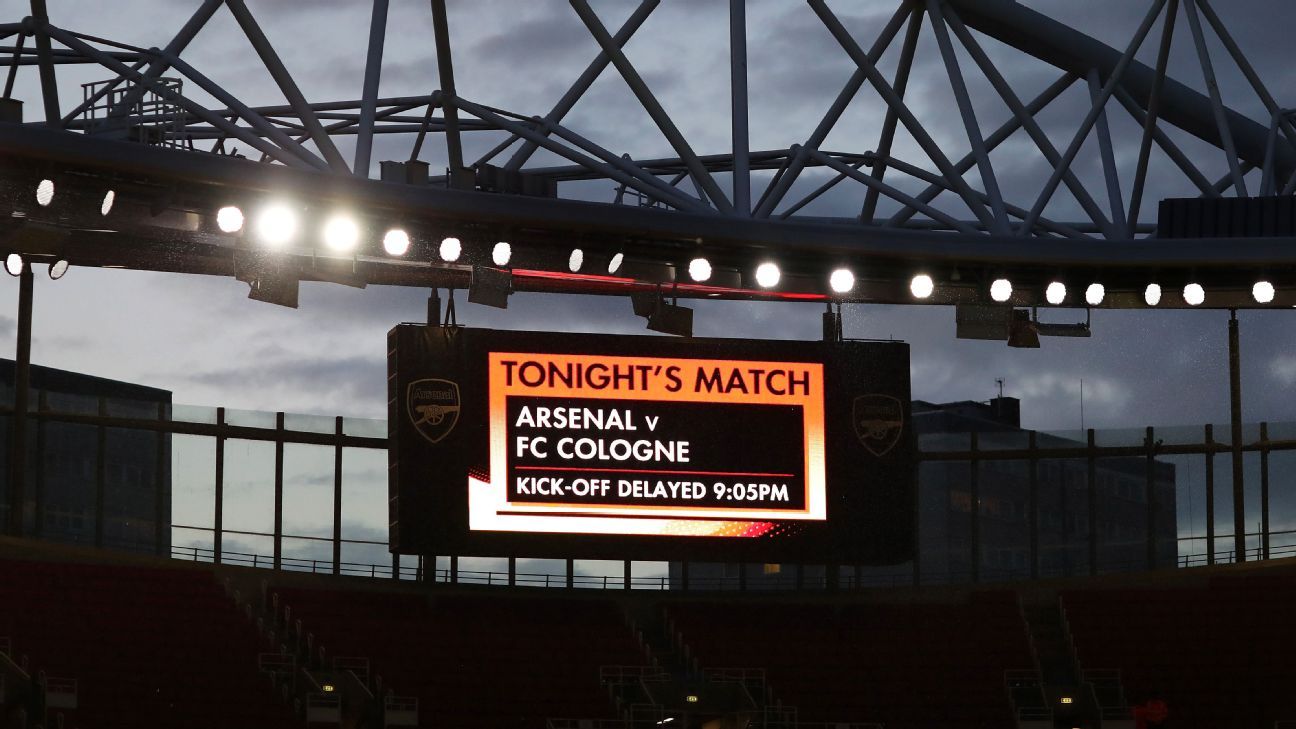 
The Europa League game between Arsenal and FC Cologne on Thursday was delayed by one hour due to concerns over crowd safety.

The kickoff was pushed back to 9:05 p.m. local time because the large number of Cologne fans outside the Emirates Stadium prevented home supporters from accessing the turnstiles, Arsenal said.

Cologne had only been allocated about 3,000 tickets for the game, but nearly 20,000 of the club’s fans reportedly travelled to London.

The disturbances meant security officials kept all the gates closed until nearly 8 p.m. local time, when fans were finally allowed to start entering the stadium.

A large number of security stewards were posted by the away end, but it soon became clear that a number of Cologne fans had been able to get in with tickets for the home sections. Several of them then clashed with stewards as they tried to get across to the away section.

However, players from both teams came out for their warm-ups about 30 minutes before the new kick-off time, with the atmosphere inside the stadium peaceful and controlled.

A club spokesman said security officials were “comfortable” with the security situation, and that going ahead with the match was deemed “the safest option.”

Earlier in the day, thousands of Cologne fans marched through central London and brought popular shopping streets in SoHo to a near standstill.

The club is playing in a European competition for the first time in 25 years.