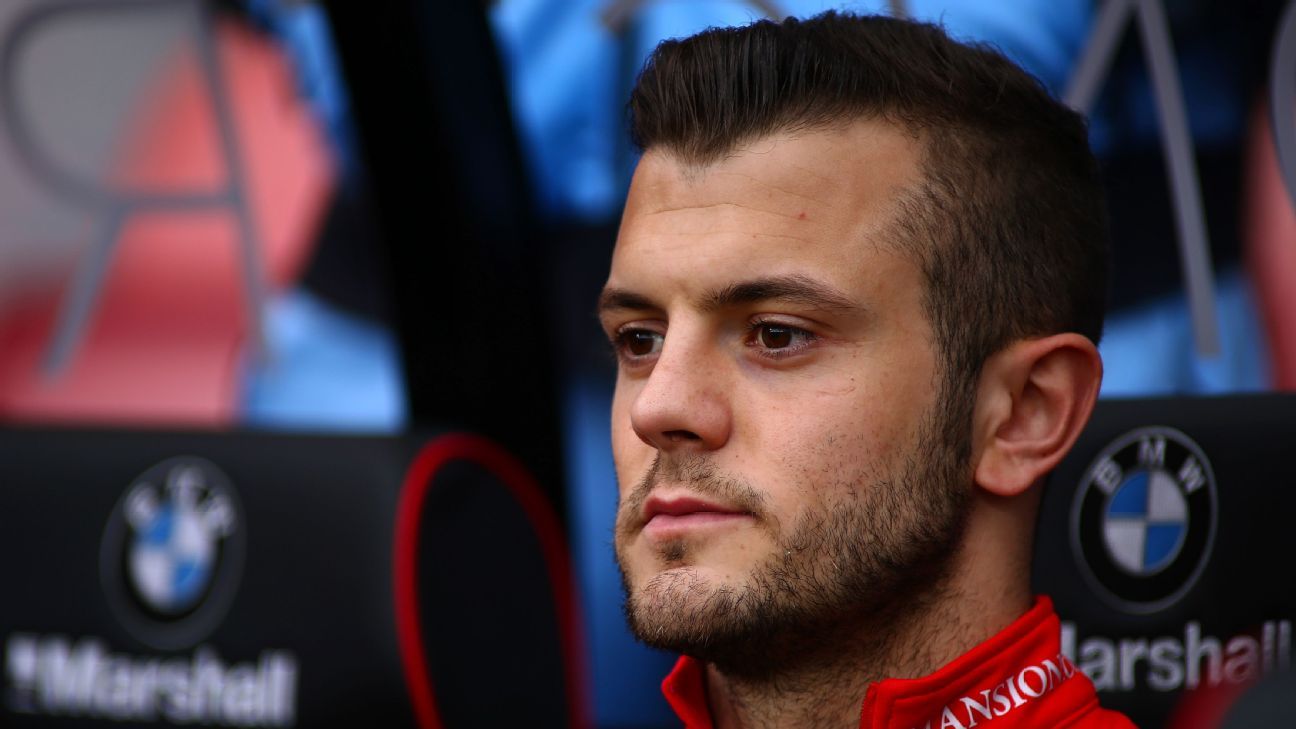 
Jack Wilshere was back in an Arsenal shirt on Monday night, a sighting that has become increasingly rare in recent years.

The midfielder’s latest injury comeback was an outing with the club’s Under-23s as he tries to regain match fitness following a fractured ankle — a route he also took two seasons ago when returning from a more serious leg break. Wilshere has made just five Arsenal first-team appearances in the past two years and with little more than two weeks to go before the transfer window closes, it’s still unclear whether he’ll ever play for the Arsene Wenger’s side again.

Talk about a permanent transfer persists for a player who has been a Gunner since his boyhood days at the Hale End academy, and selling Wilshere would make sense on some levels, given his injury record and the fact that he’d have a difficult time breaking into Wenger’s lineup even when fit.

But there are several reasons why Arsenal may be wise to keep the midfielder around for a while longer. Here’s a look at five:

Right now, Aaron Ramsey and Granit Xhaka are the two first-choice central midfielders for Arsenal, and that’s unlikely to change. But behind them, the depth chart looks pretty thin.

Francis Coquelin and Mohamed Elneny are the only real options, and both are rather limited in their passing ability. That means a fully fit Wilshere could well be first in line if there’s a vacancy — and given Ramsey’s own history of muscle injuries and Xhaka’s habit of getting suspended, there should be holes to fill at some point.

At his best, Wilshere can boss a game in ways Elneny and Coquelin can only dream of.

2. No one knows when/if Cazorla is returning

If Santi Cazorla were fully fit heading into the season, Wilshere may already have left the club. But no one knows exactly when the Spaniard will return from his troublesome foot injury, or if he’ll ever get back to his best. Until that picture becomes clearer, holding on to Wilshere makes sense.

In terms of playing style, Wilshere is the closest thing Arsenal have to Cazorla — whose importance to the team became abundantly clear after he was injured last October. If Cazorla does make a successful return before January, there’s always another chance to sell Wilshere in the winter transfer window.

3. Perfect for the Europa League

Even if Wilshere has to settle for the bench in the Premier League, he could still get plenty of playing time this season. The Europa League seems like a perfect opportunity for Wenger to ease him back gradually while still giving him high-level competition.

Those six group games, along with the League Cup and possible league appearances, could give Wilshere a decent workload before Christmas and set him up for more regular playing time in the second half of the season — if his body holds up.

Though many are questioning whether Wilshere will ever become the player Arsenal had hoped for, no one can question his love for the club. For a team that has so often accused of lacking leaders, Wilshere’s passion and outspoken nature can be a valuable asset in the dressing room.

His previous transgressions aside, Wilshere is now the senior player among those who came up from the Arsenal academy and should be ready for a bigger leadership role.

At a time when so many Arsenal players are reluctant to sign new contracts, getting a long-term commitment from Wilshere would send out some positive signals.

Wilshere didn’t exactly set the Premier League on fire last season during his loan spell at Bournemouth. But how would Arsenal fans — and Wenger — feel about seeing him finally get back to his best while playing for another club?

Sure, it’s more likely that injuries will continue to hamper his career, but there’s still that niggling “what if” to consider. What if Wilshere does become one of the best midfielders in Europe, as he has always had the potential to be?

And what if he ends up leading a team other than Arsenal to Premier League glory?