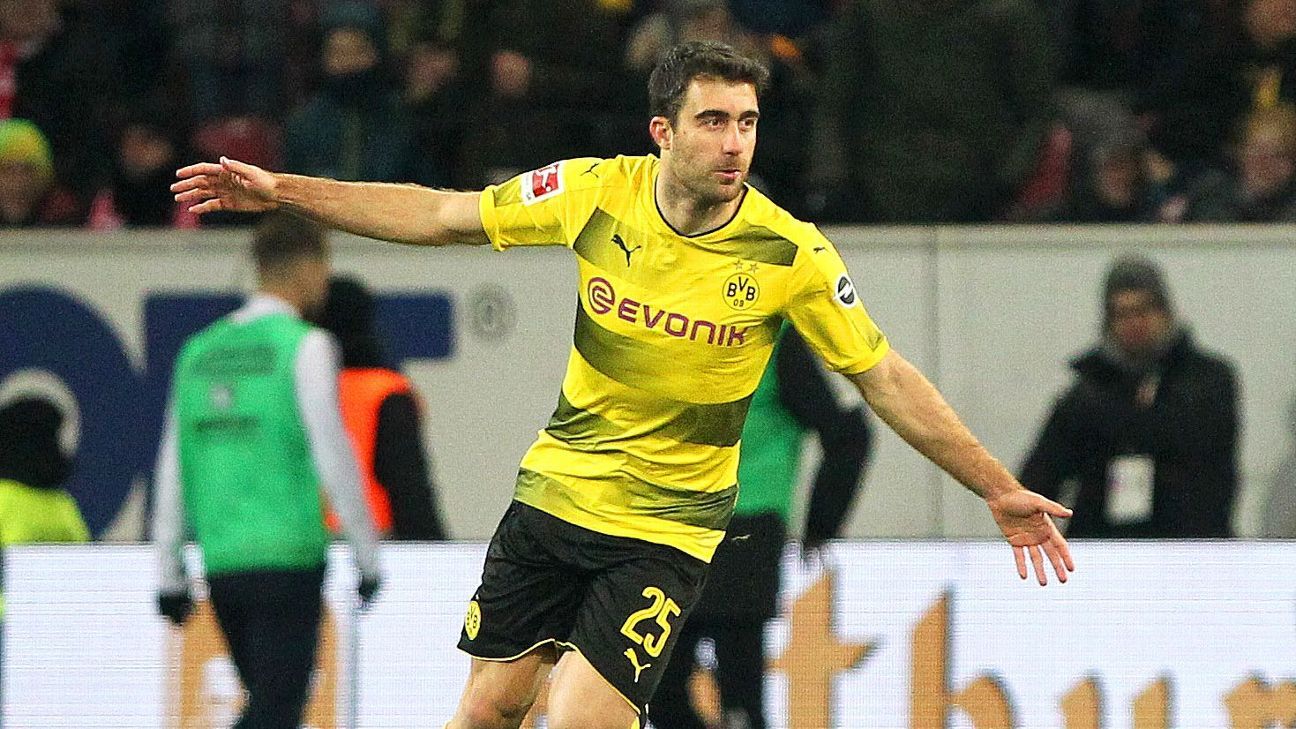 
Arsenal are hoping to complete a deal for Borussia Dortmund centre-back Sokratis Papastathopoulos, a source has told ESPN FC, as the Gunners start work to rebuild their defence.

Papastathopoulos could become Arsenal’s first signing since Unai Emery took over as head coach, with the clubs still negotiating the details of a deal, a club source said.

Reports have said Dortmund want £16 million for the 29-year-old Greece international. Papastathopoulos would add some much-needed experience to Arsenal’s back four, with Laurent Koscielny out injured until December and Per Mertesacker having retired.

He would also be the third former Dortmund player signed by Arsenal since Sven Mislintat joined from the German club to become the Gunners head of recruitment.

Mislintat has also been instrumental in signing striker Pierre-Emerick Aubameyang in January, when Henrikh Mkhitaryan also joined in a swap deal with Manchester United for Alexis Sanchez.

Arsenal are expected to focus on strengthening their defence in this transfer window, and are hoping to also sign Juventus right-back Stefan Lichtsteiner on a free transfer.

The Gunners have made an offer to the 34-year-old veteran, the source said, although they could still face competition from other clubs. They have also been widely linked with a move for Freiburg centre-back Caglar Soyuncu.