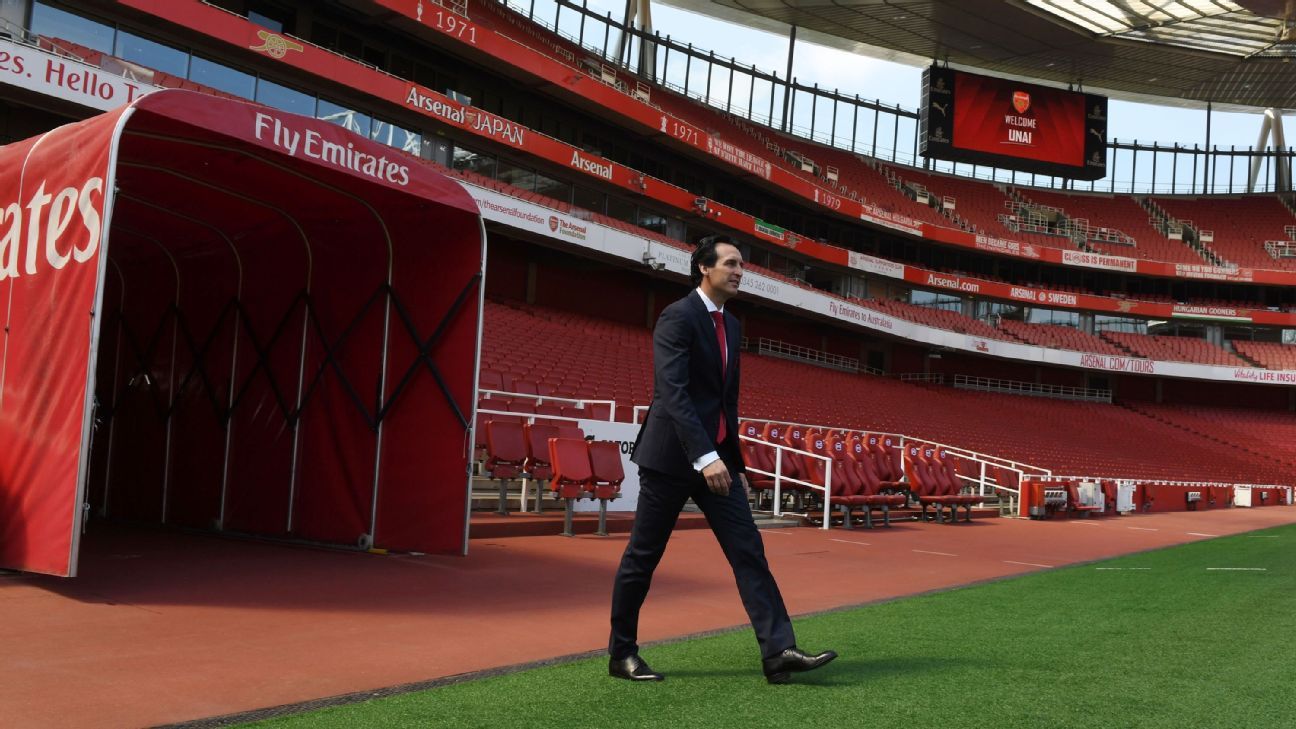 
LONDON — Former Arsenal midfielder Ray Parlour says the Gunners made “the right choice” in choosing an experienced manager like Unai Emery over someone like Mikel Arteta, and has backed the former PSG boss to restore the balance between attack and defence that was missing under Arsene Wenger.

Parlour also warned the current players that they’ll have to prove themselves to the new boss in the preseason and urged the Spaniard to keep assistant Steve Bould on his backroom staff.

The former midfielder, speaking at Arsenal’s launch of the new Puma away kit on Thursday, insisted that the Gunners squad doesn’t need a massive overhaul in the transfer market if Emery can get his tactics right next season.

“I think it’s a very good squad on paper. It’s just getting the right blend of attacking football and defensive unit as well. Sometimes last year they didn’t really know how to change, and that’s why the away results were so bad,” Parlour said.

“So I think he will change that a little bit. I think there’ll be a bit more of a pressing game as well, a bit more energy in the team. So the players will know about that when he first comes in. Preseason is always really important as a player, so I’m sure he’ll be working them really hard in training, to see who can handle the pressure and who can handle the pace of the game. … When you’re up against it in big games, you’ve got be more of a defensive unit.

“We used to do it when I played. You have to be disciplined, you have to say OK I’m going to do a job for 10 minutes and just weather the storm, and then we can get back on the front foot. At times, when Arsenal are under pressure, they concede. And you can’t do that if you’re going to be a top side.”

Emery was hired last month after Wenger’s 22-year reign as Gunners boss ended, having left Paris-Saint Germain after winning a domestic Treble last season. Parlour admitted he was surprised by the announcement, with Arteta having been touted as the favourite, but said the club was correct to go with Emery’s experience.

“For me, that was the right choice, Emery. I think we’re hoping he can do the same thing that he did at Sevilla [where he won three Europa League titles]. I think I could win the league in France if I’m being honest. So I think I’m going to go by Sevilla. If he can bring that A-game to Arsenal then hopefully he will be successful,” Parlour said.

“I would have picked [Patrick] Vieira instead of Arteta if I’m being honest. A little bit more experience, obviously. But Arteta will be a great manager one day, he’s learning off Guardiola, one of the best. But they’ve gone for a bit of experience and I think you do need a bit of experience sometimes. I think Patrick, in the long run, could be Arsenal manager, maybe in four or five years’ time once he learns his trade a little bit better. But they’ve gone with someone who is proven, who has won trophies, so let’s give him a go, and let’s be patient.”

Emery has already begun an overhaul of Arsenal’s backroom staff, bringing in some of his own assistants after the club let several of Wenger’s long-term personnel leave. However, it remains unclear if Bould — who was Wenger’s main assistant and remains close with Parlour — will stay on in that role.

“I’m hoping he does, Bouldy. I think he’s still there at the moment, and there’s a role for him. But I don’t know what sort of role it’s going to be,” Parlour said. “And Jens Lehmann is still there as well, who obviously I played with. So I’m hoping them guys stay, because Bouldy has been a brilliant servant of the club and he’s come through the system, the youth team, and he’s very well respected within the football club.

“When Arsene Wenger came in 22 years ago, he only brought one person with him, Boro Primorac. He had [assistant] Pat Rice still there, all the backroom staff, and you need that sometimes. Look, a lot of people have lost their jobs but you’ve still got to keep a nucleus of people already there. And that’s very important for the club’s stability.”

Parlour also said he hopes Jack Wilshere and Aaron Ramsey both commit their long-term futures to the club this summer — but insisted that Emery must find the right partner to Ramsey in order to get the best out of him.

“Again, where’s his best position, Aaron? I like him as a deeper midfielder because he’s got the energy to go forward and make those late runs, a little bit like Lampard used to do,” Parlour said.

“He’s such an important player to get into the box late, and they’re very hard to pick up if you’re a midfielder yourself. When he plays as a No. 10, I think you’re waiting for him, and he’s easier to mark. So I like him a bit deeper.