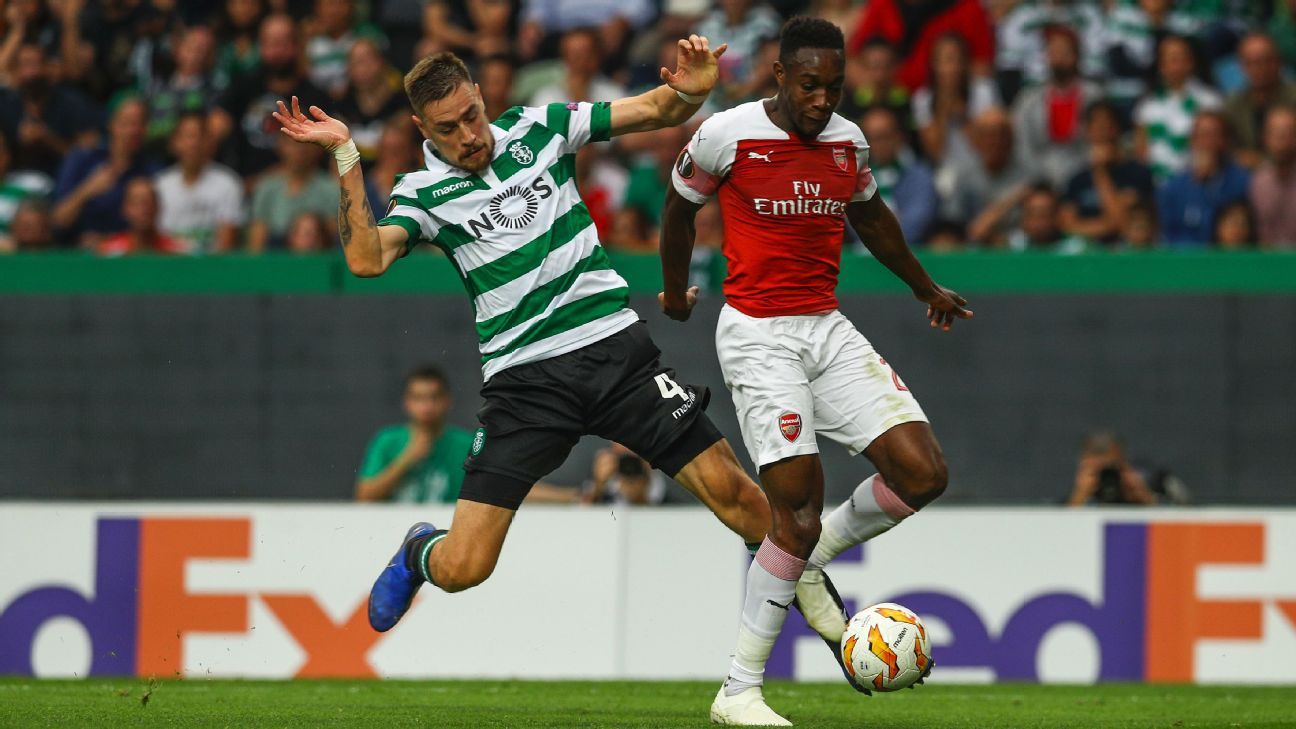 
LONDON — Danny Welbeck has undergone surgery on his broken right ankle, Arsenal coach Unai Emery has confirmed, although the Spaniard wouldn’t give an estimate on whether the forward will be back again this season.

Welbeck was injured during Thursday’s Europa League game against Sporting Lisbon, when he landed awkwardly with his right ankle bent underneath him.

Emery said after Sunday’s 1-1 Premier League draw against Wolves that the forward has had surgery, and is set for another long spell on the sidelines.

“He did the operation Friday,” Emery told a news conference. “His injury is a big injury. And we spoke with him yesterday and today. … I think he will not be with us for a long time.”

However, he declined to answer when asked if Welbeck will play again before his Arsenal contract expires next summer.

“I think it’s better the doctor says to you. It’s a big injury, but the doctor can say better than me,” Emery said.

Welbeck also missed the most of the 2015-16 and 2016-17 seasons with two separate knee injuries that also required surgery.

Switching to the events on the field on Sunday, Emery defended Granit Xhaka’s “commitment and character” after the midfielder’s mistake cost his team points against Wolves.

Xhaka gifted Wolves the ball in midfield when he let a simple pass roll straight across him in the first half, and the visitors took full advantage with a clinical counter that was finished off by Ivan Cavaleiro.

Xhaka also conceded a late penalty in a 2-2 draw at Crystal Palace last month, but Emery rejected the notion that the Switzerland midfielder is too inconsistent.

“He has a big commitment with us and also character. And his performance with his quality is good for us,” Emery said. “We need everybody, also me and the team, to be more consistent. But I think the most important is to [play] with confidence and with this consistency, creating it little by little with very hard work. I think we are doing it, and Xhaka is doing it also.”

The Gunners salvaged a draw through Henrikh Mkhitaryan’s late equaliser but dropped points for the third league game in a row. They largely had goalkeeper Bernd Leno to thank for staying in the game, as the German made a number of good saves to keep Wolves at bay on counter-attacks.

It was also another slow start from Emery’s team, who have made a habit of playing much better in the second half of games. That trend continued as Arsenal looked more dangerous after the break when Emery switched to a 4-4-2 formation and replaced Alex Iwobi with midfielder Matteo Guendouzi.

He said that change was to give the full-backs more license to push forward in attack, but acknowledged that his team needs to improve in the first half of games.

“It’s maybe one thing we can improve,” he said. “We spoke in the dressing room at half-time that we need to take more risks in the match. This risk is [about] thinking to win, but also we need good balance in the transition, against a team that is very good in transition. But I think the team played with character. And we had chances to draw before [the equaliser]. And also continued to create and looking for ways to win the match.”