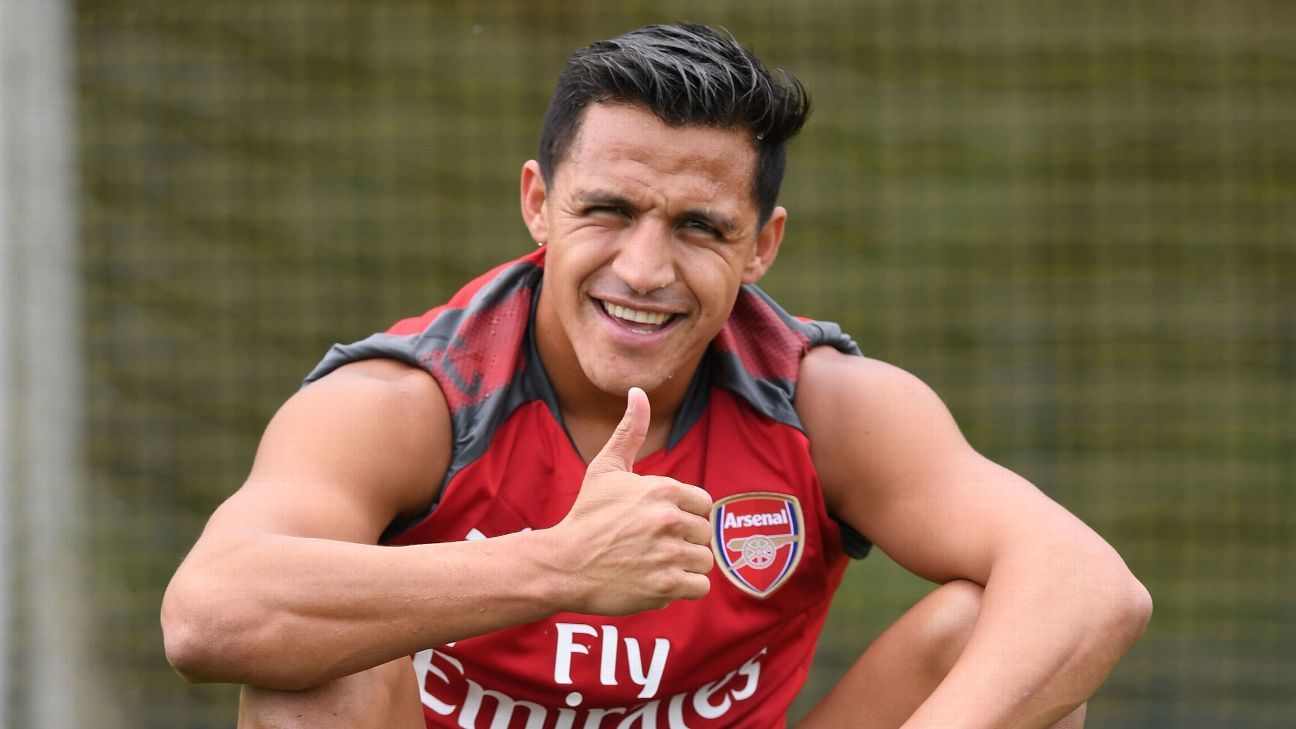 
Arsenal forward Alexis Sanchez was back in training on Tuesday after a late return from Chile following a bout of flu.

Arsenal posted a photo of a smiling Sanchez on the training ground at London Colney after the player himself had announced his return to the British capital on Instagram.

Sanchez had originally been set to return on Sunday after an extended holiday following the Confederations Cup, but that was pushed back until Tuesday after he took to social media to say he was sick.

That had led to speculation that Sanchez might be trying to force a move away from the club after a summer of speculation about his future. But his return to training could allay some of those fears, and might put him in contention to play in Sunday’s Community Shield against Chelsea.

The Chilean has yet to team up with summer signings Alexandre Lacazette and Sead Kolasinac, and now has less than two weeks to get acquainted with his new teammates before the Premier League opener against Leicester.

Arsenal are expected to field a front three of Sanchez, Mesut Ozil and Lacazette this season, with Kolasinac possibly playing as a wing-back on the left flank.

However, Sanchez’s future continues to be a topic of speculation as he enters the final year of his contract — although manager Arsene Wenger has repeatedly ruled out selling his star player.

Centre-back Shkodran Mustafi also took part in his first full team session since his return from the Confederations Cup, having trained on his own Sunday while the Gunners played in the Emirates Cup.

Want-away striker Lucas Perez and Kieran Gibbs were also pictured taking part in the session, along with Jack Wilshere. Perez and Gibbs were both left at home for Arsenal’s pre-season tour of Australia and China and are expected to be sold this summer.

Wilshere only returned to training last week after recovering from a fractured ankle, but said on Twitter that he is “feeling strong everyday.”

Wenger will hold a news conference Thursday ahead of the Community Shield when he may shed more light on which players will be ready to face Chelsea, although Sanchez could yet again be the main topic.