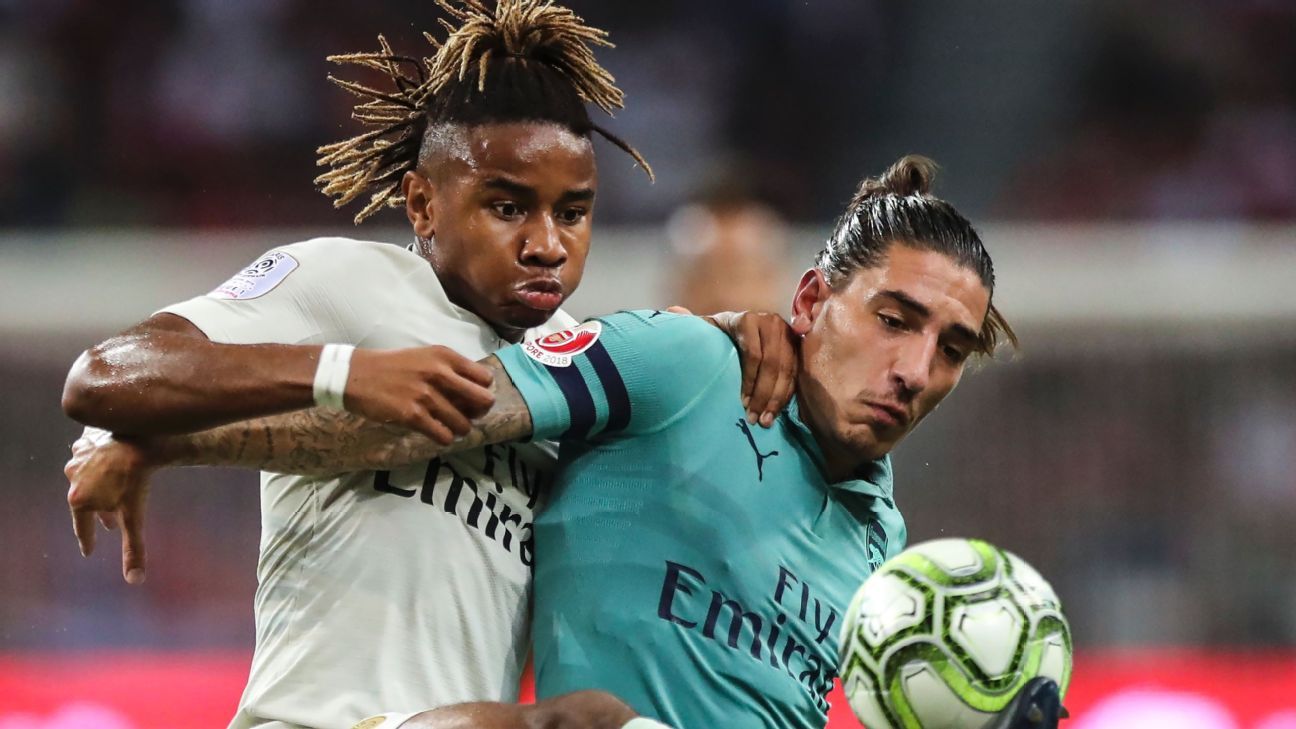 
Arsenal have contacted Paris Saint-Germain about the potential loan signing of Christopher Nkunku, a source close to the French champions has told ESPN FC.

France under-21 international Nkunku wants to move to gain more playing time and Arsenal, along with Saint-Etienne, are keen.

The source said the London club had registered their interest in taking Nkunku on loan with a view to a permanent move, with former PSG coach Unai Emery an admirer of the midfielder.

However, the 21-year-old needs PSG to sign two midfielders and agree to a contract extension if they are to grant him an exit.

The source indicated that the imminent arrival of Leandro Paredes from Zenit St Petersburg and PSG’s desire to sign a further midfielder will lessen Tuchel’s need for youth academy graduate Nkunku.

He is under contract until 2020 and PSG value him at around €20 million, which could increase if he signs a contract for at least an additional year.

“Christopher’s playing time and his place in PSG’s rotation are both insufficient,” he said. “He is open to leaving in order to develop.

“Without pretension, we know that Christopher can play anywhere in Ligue 1. However, there is no longer progression. It is now about whether he is able to develop regularly at a higher level and settle at a club playing in Europe.”

Meanwhile, sources said talks with Napoli over a move for Allan had ended with PSG unable to meet the Italians’ financial demands and sporting director Antero Henrique’s attention has now turned to Bayern Munich’s Renato Sanches.

Bayern’s interest in PSG midfielder Adrien Rabiot could then come into play.