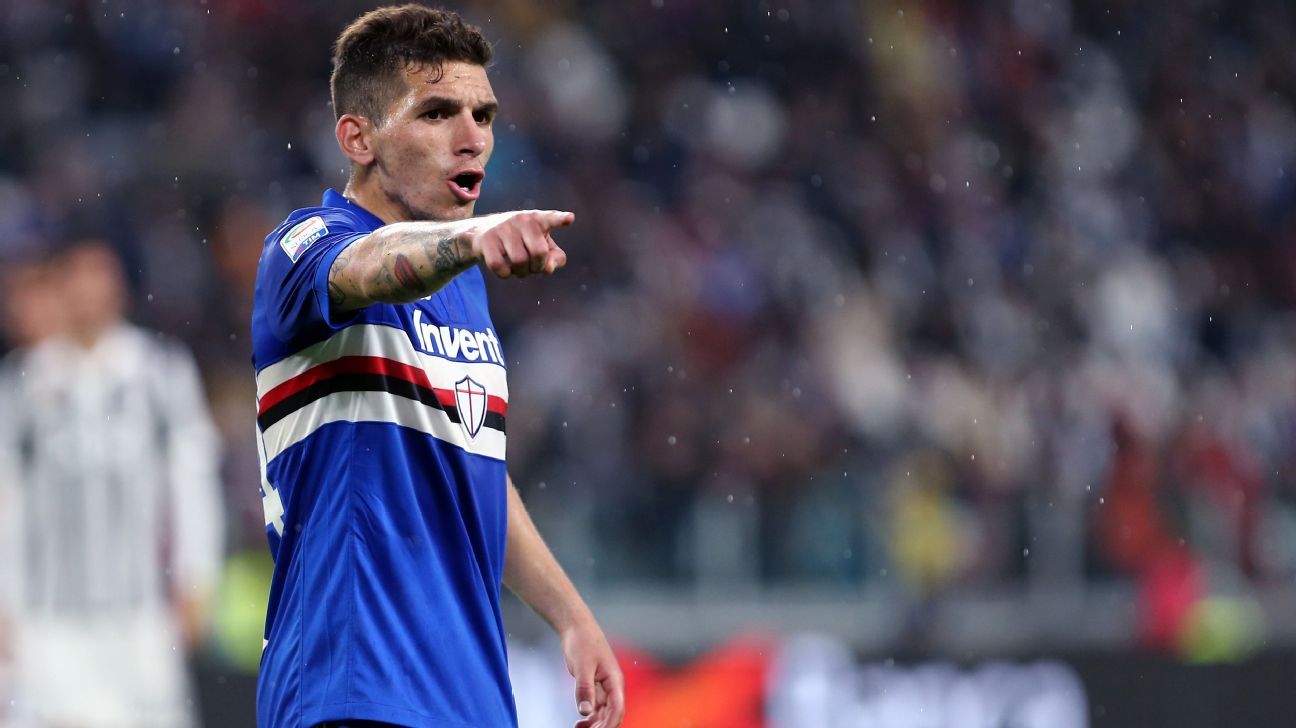 
Arsenal have completed the signing of Sampdoria midfielder Lucas Torreira in a deal reported to be worth €30 million.

The deal was finalised after Torreira flew in to London following Uruguay’s exit at the World Cup in Russia, having helped his country reach the quarterfinals.

Torreira gives Arsenal a natural ball-winner who can help shield the back four effectively — a type of player they have missing recently.

“In Lucas Torreira, we have signed a young player who is a very bright talent in the game,” Arsenal head coach Unai Emery said in a statement. “A midfielder with great quality, I have enjoyed watching his performances for Sampdoria in the past two seasons, and we all saw him do very well for Uruguay in the World Cup. He is a young player already with good experience, but who wants to keep on growing.”

However, it remains unclear whether Torreira will be available for the start of the Premier League season. Arsenal said he will join the squad in “early August” after a mandatory post-World Cup break.

Arsenal said Torreira will take over the No. 11 shirt, which was recently vacated by Mesut Ozil when he switched to No. 10 following Jack Wilshere’s departure.

The Uruguayan emerged as one of the top holding midfielders in Serie A over the last two seasons and has been compared to both Chelsea’s N’Golo Kante and Paris Saint-Germain’s Marco Verratti.

The wait is over… it’s #TimeForTorreira 👍

The signing is also another step toward shoring up a defensive unit that struggled badly last season under Arsene Wenger, with Arsenal having already signed veteran right-back Stephan Lichtsteiner on a free transfer from Juventus, Borussia Dortmund centre-back Sokratis Papastathopoulos and Bayer Leverkusen goalkeeper Bernd Leno.

The 22-year-old Torreira has been a crucial part of Sampdoria’s midfield for the past two years, starting a total of 71 Serie A games.

His speed should fit in well with Emery’s plans to deploy a more aggressive press when Arsenal are without the ball, and his ability to link defence and attack should help fill part of the void left by Santi Cazorla’s and Jack Wilshere’s departures.

However, he joins a crowded central midfield at the Emirates, with Granit Xhaka, Aaron Ramsey, Mohamed Elneny and Ainsley Maitland-Niles also fighting for playing time.