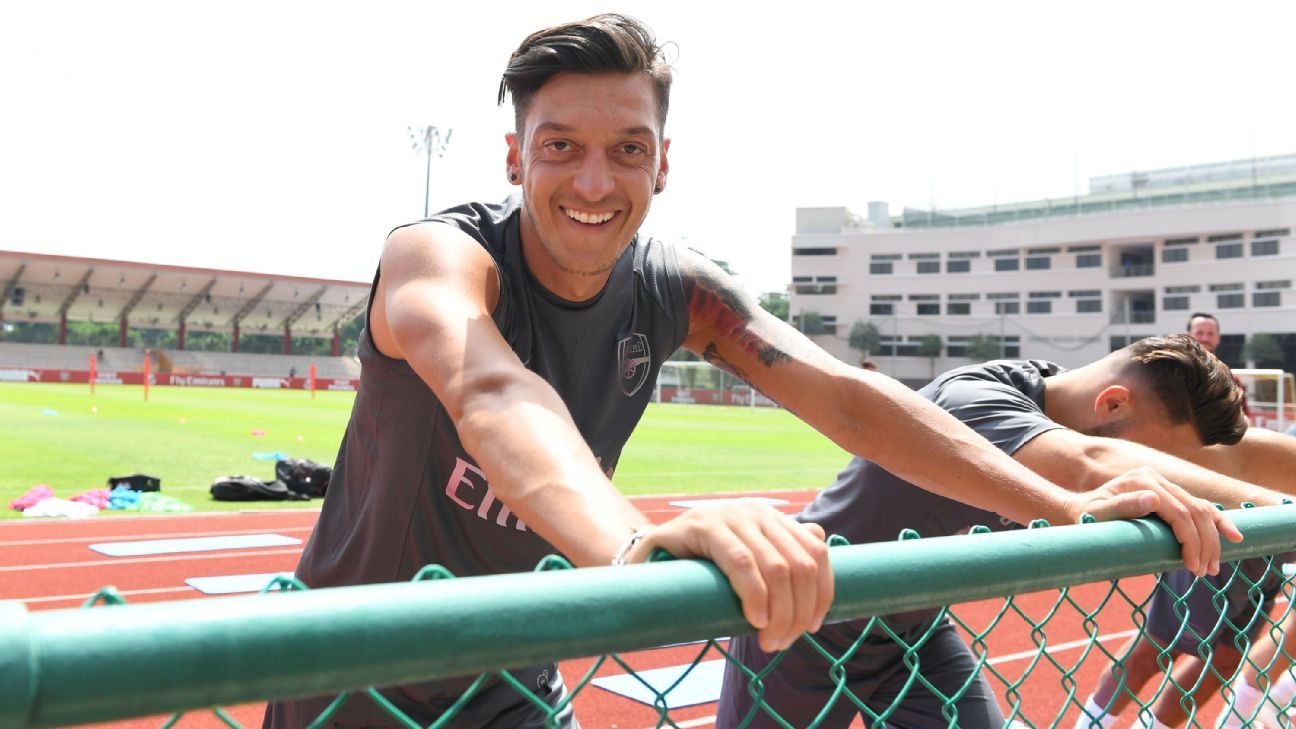 
For a player who has been accused of lacking mental fortitude, Mesut Ozil certainly showed plenty of it when making public his decision to withdraw from the German national team, issuing one of the most extraordinary statements ever given by a footballer.

In an emotional and personal exploration of politics, race and identity — taking in criticisms of fans, sponsors, the media and the highest possible levels of the German federation — a player who has contributed 40 assists and 23 goals in 92 caps explained why he cannot consider playing again for Germany due to the “racism and disrespect” he has encountered.

It was breathtaking in its scope, significance and bravery, and the impact of Ozil’s statement will ripple through German sport, politics and society for some time. Things will never quite be the same: certainly not for Ozil and likely not for a German national team full of players with the kind of diverse heritage that was so central to Ozil’s message and decision — nor a country in Germany where questions of identity are such a point of discussion.

From an Arsenal perspective, the picture is rather clearer. Whatever you may think of the events that pushed Ozil towards this crisis point, it is apparent that in the wake of Germany’s World Cup disaster, he has been through an intense trauma. He not only saw his very identity held up as a contributing factor to the worst World Cup in living memory for Germany, but he also saw his very German-ness questioned.

Few will ever see their identity and actions assume such huge political importance. There are probably only a handful of people in the world who can really understand what Ozil is going through. But the need for empathy and support is obvious. If some Arsenal fans are Ozil sceptics — and not without cause given his inconsistent performances — then now is the time to come together in support of a very talented player who has found himself at the centre of one of the biggest controversies in German sport.

As the Ozil controversy unfolded, it was heartening to see an alternative image depicted on social media: the smile plastered across Ozil’s face as he linked up with his club teammates for Arsenal’s preseason tour to Singapore. At a time when his national career has been thrown into turmoil, Arsenal can serve as a sanctuary.

Arsenal then tweeted some pointed messages on Twitter on Monday. “It’s great to have you back with us,” they told Ozil. Later the club tweeted: “Our diversity is a big part of why we are such a special club,” resisting the temptation to tag in the account of the German federation.

The club are taking necessary steps, and supporters have a key role to play too. Ozil should be shown solidarity and compassion by all Arsenal fans. On a human level, he deserves nothing less. He can divide opinion, but the reaction from the stands should be one of undivided appreciation and support when the season starts.

Arsenal aren’t exactly a disinterested party in all this. There are three international breaks encompassing six games before we even get to 2019, the first of which starts on Sept. 3, just four games into Arsenal’s Premier League campaign. If he isn’t playing for Germany, then new head coach Unai Emery should have more time to work with his most talented player as he transmits his new ideas. Paul Scholes was the same age (29) as Ozil when he retired from international football, and Manchester United saw the benefits as he aged gracefully and influentially until finally playing his last game at the age of 38 in 2013.

But these are secondary concerns compared to the bigger picture that Ozil has so boldly sketched out. What really matters now is that in his time of turmoil, Ozil receives the support he deserves from his club and the Arsenal supporters. Everyone would prefer that the issues he raised are satisfactorily addressed so he can resume the international career that made him a world champion in 2014. Until that happens, indeed if it ever does happen, he should be afforded an oasis of calm in North London while controversy rages in Germany.