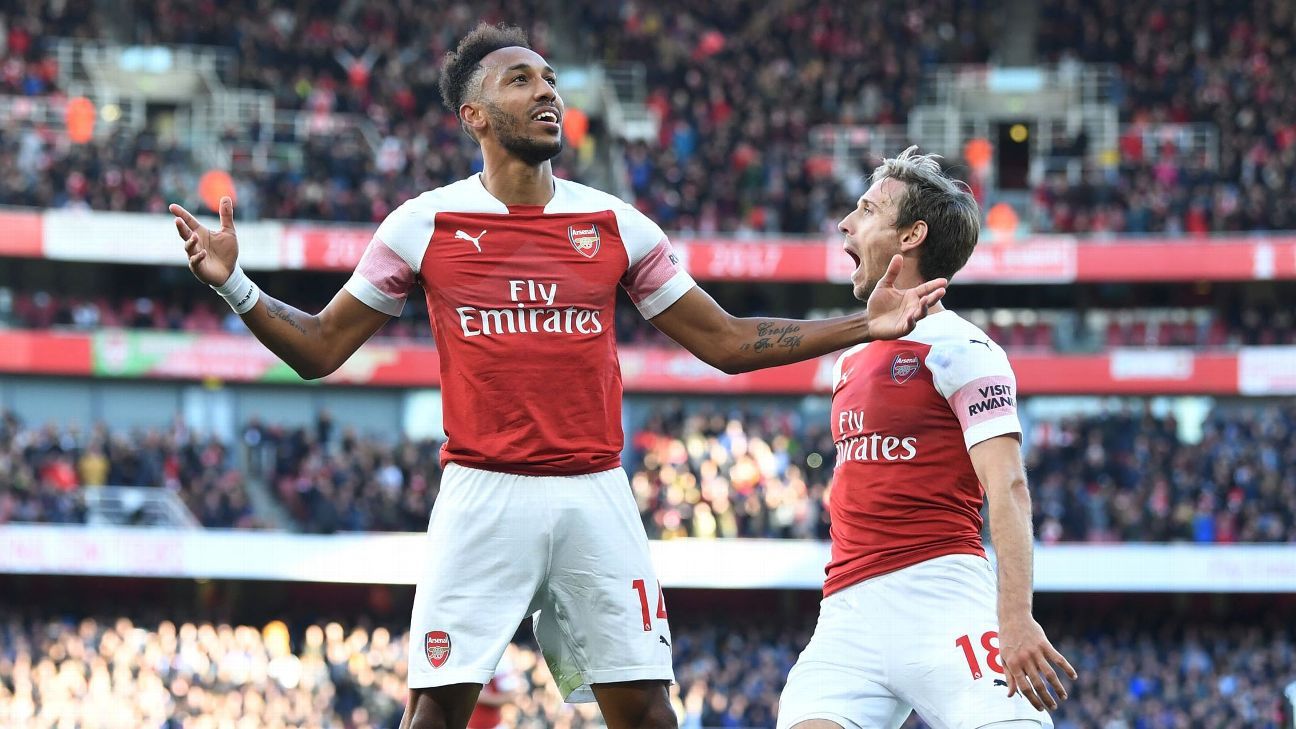 
LONDON — Unai Emery has urged his Arsenal players to “write a new history” against their top rivals when they face Liverpool at the Emirates on Saturday.

Emery’s side face the toughest test since losing their first two games of the season against Manchester City and Chelsea.

Last season, they won only one of 10 games against the other top six teams, at home to Tottenham, often struggling badly in big games during the last years of Arsene Wenger’s reign.

But Emery is determined to start a new trend as Arsenal try to extend their 13-game unbeaten streak in all competitions.

“We want to write a new history. The new history is in the present,” he told a news conference on Friday. “Those two matches [against City and Chelsea], they are so far away, and also they are so near.

“Tomorrow is a similar team because Liverpool, Manchester City and Chelsea are in front of us in the table, and now we want to compete against them.

Emery could face problems in defence, however, with full-backs Hector Bellerin, Nacho Monreal and Sead Kolasinac all doubts.

Bellerin was injured in last weekend’s draw at Crystal Palace, which Monreal and Kolasinac both missed, with midfielder Granit Xhaka filling in at left-back.

“The injuries are normal in one season. Today we are going to do the last training with the players who are in doubt, but we are going to wait and see if we can use one or another player at fullback,” he said.

Emery said his team would have to execute a three-step plan to stop the visitors’ attacking trio of Sadio Mane, Mo Salah and Roberto Firmino.

“One is the transition. Two is [to stop them] developing a lot with the goalkeeper, because they build up with Allison … and they can progress on the pitch with quality starting with Allison,” he said.

“And also when they are playing in attacking moments with very quick players like Mane, like Firmino, like Salah, we need to do a very big match in the individual duels against them.

“Tactically we need to be together and impose our style and idea on the game. Historically, they say there are a lot of goals in matches between Arsenal and Liverpool, and the most important thing for us is that every supporter can enjoy this match. But we want to enjoy winning.”

It will be Emery’s first meeting with Liverpool boss Jurgen Klopp since his Sevilla side won the Europa League final in 2016.

“This team is developing a lot with Klopp and with signing new players in the last year. This team, three years ago, they were playing in the final in the Europa League, and they’ve developed last year to play the final of the Champions League,” he said.

“Now for us, it’s a good example of how you can improve in your way.”