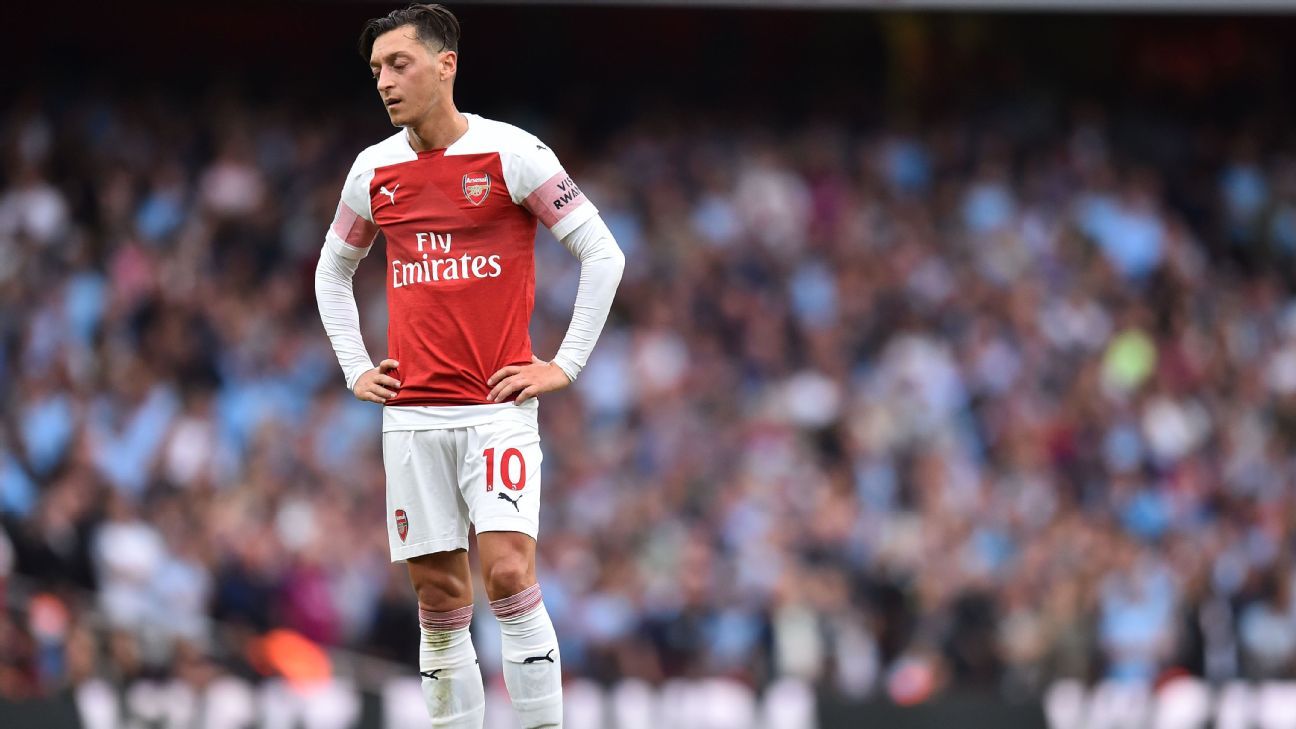 
LONDON — Unai Emery confirmed that his decision to leave Mesut Ozil out of Arsenal’s squad against Tottenham on Wednesday was “only tactical” but refused to answer a direct question about whether their Germany playmaker has a future at the club.

Ozil wasn’t even on the bench for the Carabao Cup quarterfinal, which Spurs won 2-0 at the Emirates, with Emery making it clear that he thought he could get better performances from players like academy teenagers Joe Willock and Eddie Nketiah, who were on the bench.

“It was only a tactical decision,” Emery told a news conference. “I thought the players today that are with us were for us the best for this match.”

The decision will undoubtedly be questioned after Arsenal lacked cutting edge against a clinical Spurs side, who scored a goal in either half from two long balls over the top of the Gunners’ makeshift defence.

It will also renew speculation about Emery’s relationship with Ozil, with the star playmaker — who is by far the club’s highest paid player — having also missed games through an illness and a back problem this season.

He was dropped on Wednesday after being a substitute at Southampton on Sunday, when he came off the bench and turned the ball over for the hosts’ winning goal at St. Mary’s.

But Emery refused to elaborate on why he didn’t want to include Ozil, or whether he would be open to selling the midfielder in January.

“And when they are playing in one [game], and they are not playing in another, it’s a decision for me, and today it’s tactical. Tomorrow we are going to train with every player [and see] how they can be for the match against Burnley.”

The loss was Arsenal’s second straight after a 22-game unbeaten run, and came less than three weeks after they beat Tottenham 4-2 at the Emirates in the Premier League. Emery, though, said he was happy with the overall performance, pointing out that his team had created more than enough chances to score.

“We worked like we want, and like we prepared this match, and we created chances in the first half to score, but the efficiency today was not good for us,” he said.

“We didn’t concede a lot [of chances] for them, but they have good players with quality, and they scored. But I think we worked for 90 minutes, and in our moments we didn’t score our chances and they scored theirs.

Emery also said he hadn’t seen the incident when a fan threw a bottle at Dele Alli after he scored the second goal for Spurs, but said “it’s not good behaviour.”

Juventus eye Arsenal’s Alexandre Lacazette in winter move
Barcelona’s decline is no surprise. As Pique says, ‘it is what it is’
Salah, Mane 8/10 as they fire Liverpool to victory against Crystal Palace
Bayern Munich’s Oktoberfest kit a hit as Bundesliga champions win 7-0
United States vs. Paraguay – Football Match Report – September 21, 2021