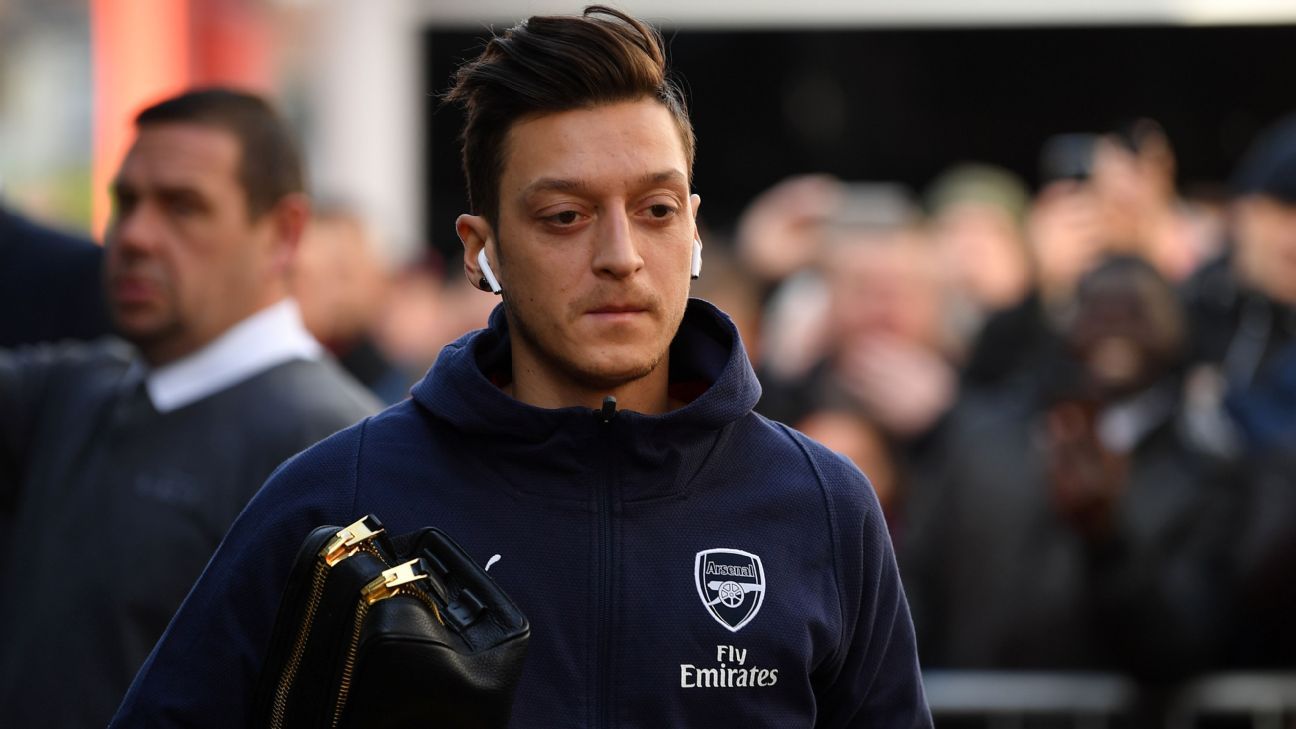 
Arsenal coach Unai Emery says he left Mesut Ozil out of Sunday’s 2-1 win over Bournemouth because of the “physicality and the intensity” of the game, after the German playmaker remained on the bench for the full 90 minutes.

With Emery switching to a back-three formation, Ozil was surprisingly dropped to the bench despite being well rested after the international break, with Alex Iwobi and Henrikh Mkhitaryan starting as the two attacking midfielders.

Iwobi was involved in both of Arsenal’s goals but Mkhitaryan struggled at the Vitality Stadium, although Emery opted for other substitutions and didn’t even send Ozil out for a warm-up during the second half.

“We thought how we can be better in the match today which is very demanding with the physicality and the intensity,” Emery said when asked by Ozil was dropped. “Also today we tried with three centre-backs like we’ve done at some stages this season and it’s another possibility for us to improve and find our best performance.”

Emery brought on Matteo Guendouzi and Aaron Ramsey as midfield substitutes for the final part of the game after Arsenal had taken the lead through Pierre-Emerick Aubameyang, but said Ozil would have been an option under different circumstances.

“It depends how it is [going], the match, how it is [going] in the 90 minutes, and I decided for another option,” Emery said. “In the beginning of the season we were speaking every day about being organised and competitive — and it’s the same today.”

Emery said the formation switch was an attempt to make the team more solid defensively, although they were caught on a counter-attack as Joshua King equalised just before the half-time break.

“We played like that in preseason, and in Qarabag [in the Europa League], and it was an opportunity for us to find our best performance, best system and best combinations,” Emery said. “For example, today there was Sead Kolasinac and Alex Iwobi which is a very interesting combination [on the left flank]. Also, when we are pushing with Hector Bellerin wide we need some players for balance.

“The most important thing for us is finding balance in the defensive moments because we are conceding more goals than we want, but we don’t want to lose our good performances in attacking moments with scoring and the players’ performances. But we need to improve and we need to do more.”

The win extended Arsenal’s unbeaten streak to 17 games and put them one point behind fourth-placed Chelsea ahead of next weekend’s crucial North London Derby against Tottenham.

Aubameyang scored the winner after getting a rare league start up front, with fellow striker Alexandre Lacazette missing the game with a groin injury.

“Yesterday, Lacazette felt a small injury,” Emery said. “Today, the most important thing for us is that not only did Aubameyang score for us, he was also working in the 90 minutes. He helped us in all the things, the tactical moments and the defensive moments.”