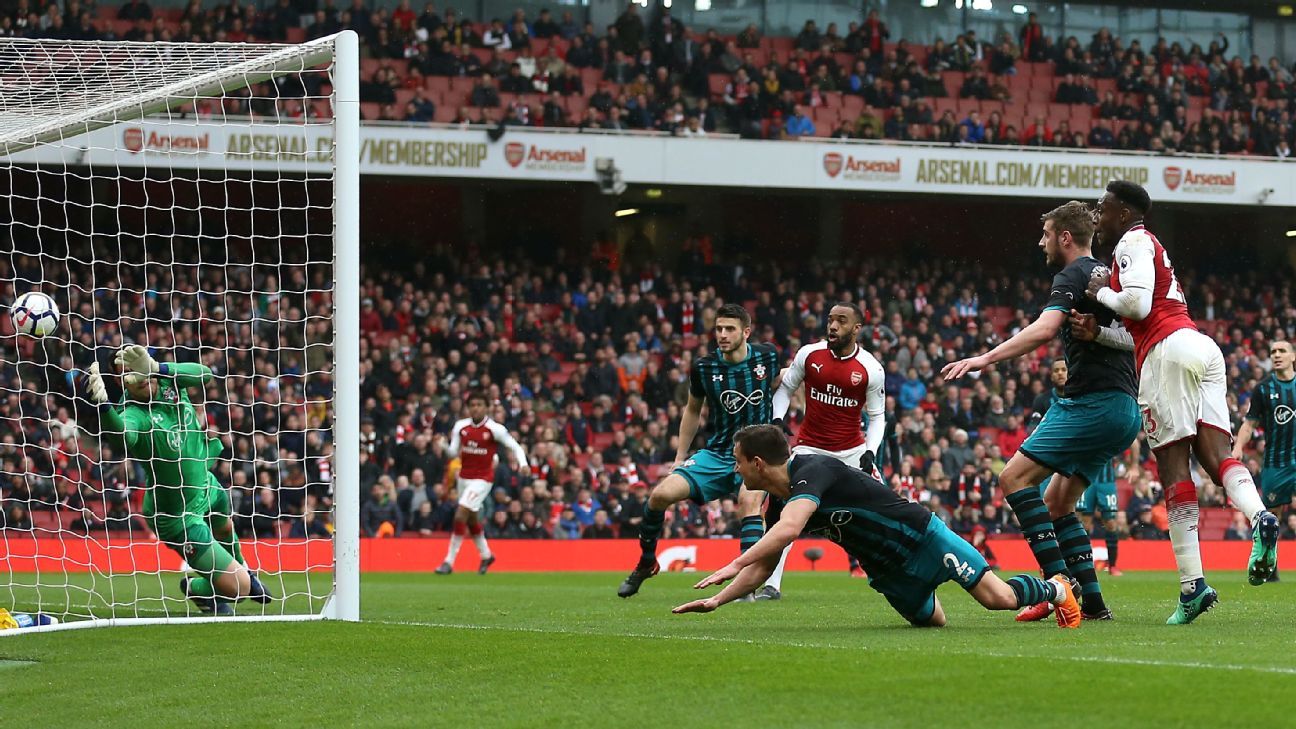 
Another home game and another victory for a somewhat revitalised Arsenal, who have now made it six wins from six following their two disheartening defeats to Man City in February.

There’s no specific reason why Arsenal’s form has turned around in this way. It’s a combination of responding to disappointment, playing without much pressure or expectation, plus a series of games against opposition who haven’t been great, and that has allowed Arsene Wenger’s team to put together their best run since the end of last season.

The Premier League is now the secondary focus for the Gunners but, to keep momentum and rhythm going for the Europa League campaign, wins are important — and the Arsenal manager will be pleased that a team with seven changes from the one that beat CSKA Moscow 4-1 last Thursday was capable of doing the job against Southampton.

The 3-2 defeat of the Saints isn’t earth-shatteringly important in itself, but the performances of two attacking players in augur particular well for what remains of this season.

Danny Welbeck — often the subject of derision for some of his more “Welbeckian” miskicks — had a fine afternoon, scoring twice and providing an assist for Pierre-Emerick Aubameyang. His late winner came not long after he’d missed a glorious chance to score, failing to connect properly with a Jack Wilshere cut-back just a couple of yards out, and it’s to his credit he didn’t let it affect him.

Welbeck, who has struggled with injury since moving from Manchester United in 2014, is certainly a favourite of Arsene Wenger who praised his character after the game, saying: “He had every reason to feel sorry for himself, to think this mountain is too big to climb, with the right knee, the left knee, and a year out every time. To continue to go is the most difficult test for any sports person. What he has done is exceptional.”

There’s no doubt the two serious injuries have taken their toll on Welbeck, but Sunday’s game was a chance for him to show that he still had something to contribute. He certainly did that, not simply from an attacking point of view, but with a really focused defensive display too — capping what was a superb all-round performance from a wide forward.

The other main man was Alex Iwobi, a talented young player who seems to have hit something of a plateau in his development. He’s not alone this season in struggling to find form and consistency — it’s true of many individuals, and Arsenal as a collective — but the Nigeria international; seems to have been singled out more than most for criticism.

Some of it is understandable. It doesn’t help when a poor performance is highlighted by the fact he was caught staying out late at a party, but fans need to look at the pattern that’s clearly visible with young players at the club. They come into the team, look good and full of potential, then hit a wall.

Iwobi is not the first this has happened to, and there’s a wider discussion to be had about player development at Arsenal, so it was pleasing to see him make such a positive impact. He took responsibility, knowing he was the player tasked with getting between Southampton’s deep defensive lines, and he showed for the ball constantly.

He ended the game with two assists for Welbeck, and while some will say it came in a game which meant nothing, it’s important for these two players to find form. A knee injury could potentially end Henrikh Mkhitaryan’s season and, with Aubameyang cup-tied, it’s crucial that the Gunners don’t find themselves offensively blunted for the Europa League.

The performances and end-product of Iwobi and Welbeck should provide them with a timely confidence boost, and give some reassurance to fans that they can make things happen. Iwobi now has seven assists to his name this season, which is not bad at all considering how difficult he’s found it at times, while Welbeck — like any forward — will be boosted by being back among the goals.

For any team to succeed they need their squad players to step up when required, and Arsenal’s did that against Southampton. If they can do something similar in Europe, then it will increase the club’s chances of salvaging success from this season.