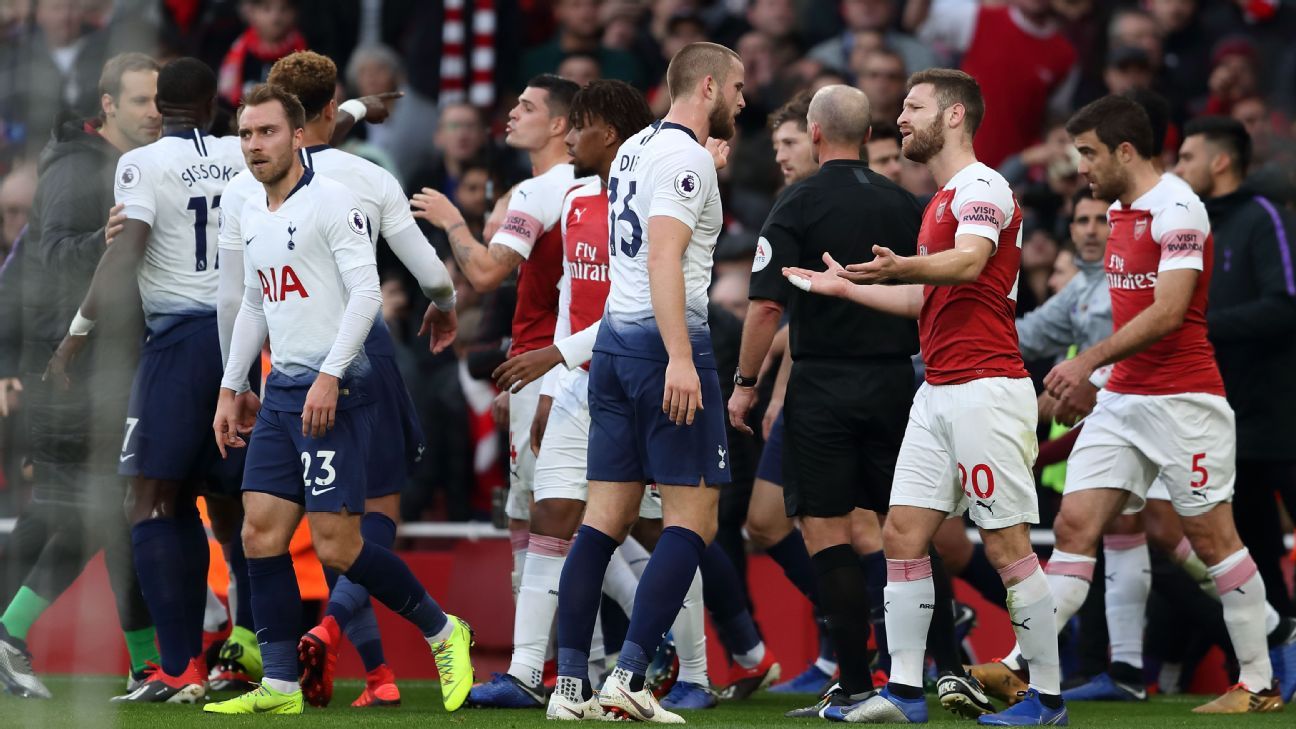 
Arsenal and Tottenham Hotspur have been fined a total of £95,000 for failing to control their players during this month’s Premier League derby, the English Football Association said on Thursday.

Spurs midfielder Eric Dier’s goal celebration in his side’s 4-2 defeat on Dec. 2 sparked angry scenes on the touchline, with Arsenal’s substitutes unhappy with the England international.

“Arsenal and Tottenham Hotspur have been fined £45,000 and £50,000 respectively after both clubs admitted an FA charge of failing to ensure their players conducted themselves in an orderly fashion,” the FA said in a statement.

Pierre-Emerick Aubameyang’s brace and strikes from Alexandre Lacazette and Lucas Torreira cancelled out goals from Dier and Harry Kane to win the derby for Arsenal.

The ill-tempered contest saw a banana skin thrown on to the Emirates Stadium pitch by a supporter after Aubameyang scored, and Tottenham banned the culprit from attending matches for life.

The Metropolitan Police then charged four men after incidents during the match.

Wednesday’s League Cup quarterfinal meeting between the two teams was also mired in controversy after Tottenham’s Dele Alli was hit on the back of the head by a plastic water bottle shortly after he scored their second goal in a 2-0 win.

Arsenal said on Thursday they have identified an image of the individual who threw the bottle and are working with police to apprehend the suspect.

How the hit show strives to get the soccer right
Juventus, Milan keen on USMNT’s Pepi as Dallas starlet garners interest across Europe
‘I bet Messi never has to deal with this’
Tuchel to maintain his edge on Guardiola?
Man United’s Declan Rice pursuit takes twist; why sheep didn’t force Ronaldo out